Nokia fans..! get ready for an exclusive gathering as HMD Global Sends Invite for October 11th Event. In this upcoming event, we may see the unveiling of Nokia 7.1. The event will take place on 11th, October 2018 at 11:30 AM onwards. As of now, there is no confirmation or details regarding the venue. 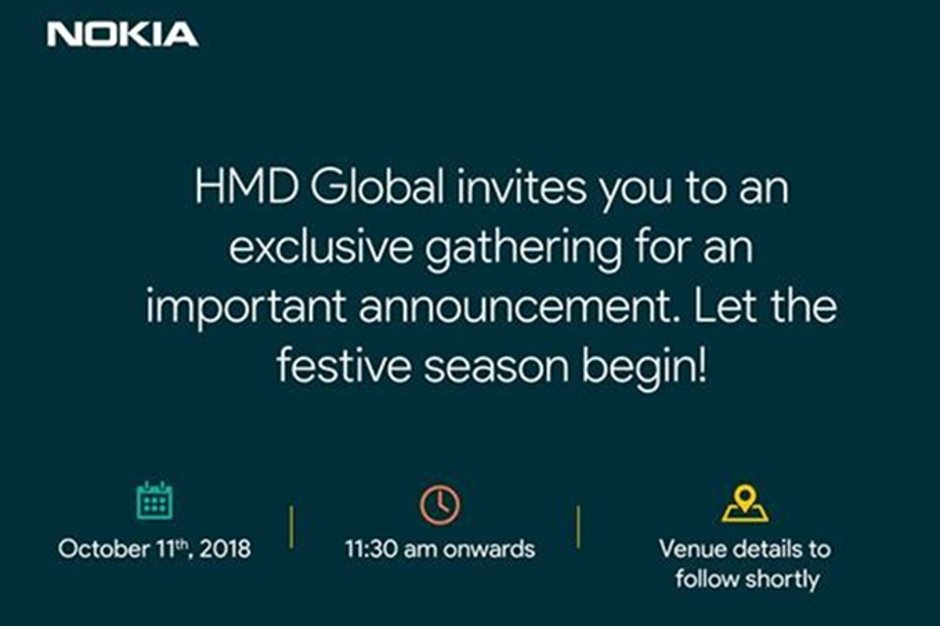 If it’s the Nokia 7.1 which will unveil on 11th October Event, then let’s take a look at its specs. We already know the details of the specifications from the Nokia 7.1 TENAA listings. It flaunts a 6.2-inch display with 2,246 X 1080 pixels resolutions. It will pack a 2.2 GHz octa-core Snapdragon 710 chipset from Qualcomm. The Nokia 7.1 may come in two version, 4/64GB, and 6/128 GB memory and storage combo.

In the camera section, Nokia 7.1 will bring a set-up of the dual rear camera of 13MP+12MP and a 20-MP selfie shooter. The upcoming Nokia smartphone will also pack an impressive battery of  3400 mAh. This device also houses a fingerprint sensor on the rear panel.

Though the event doesn’t mention any device release as such our bet is on the Nokia 7.1. The reason is it is the only latest device from Nokia which received its certification. Usually, after receiving approval from various organizations, a device marks its entry to the public domain. Also, Nokia’s wonder machine, the Nokia 9 with Penta camera set-up is apparently pushed back and it may release in 2019. Well, these are just guesses and nothing is confirmed.

So, what’s your guess on this..? Which device do you think Nokia will introduce this time..?. Let’s look forward to the October 11th event.