Putting a stop to all speculations, Honor 8x max finally goes official. Official images and specification of the 8X max have revealed as well. Also, it’s up for pre-order on a Chinese e-commerce site. It brings a massive 7.12-inch display with the trending droplet notch. The OEM claims the device has a 90% aspect ratio. Below you can see the Honor 8X max images and official renders. 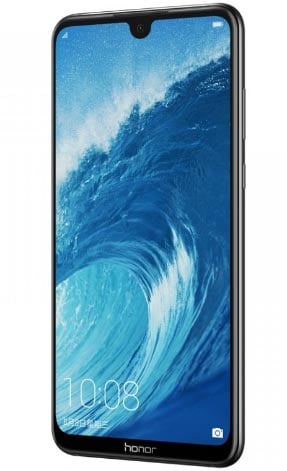 The processor, memory and storage info remains the same as per previous Honor 8X Max Promo. It will pack Snapdragon 660 processor with 4GB of RAM and two storage options in form of 64 GB and 128 GB. The rear body is of 3D design and made up of glass. 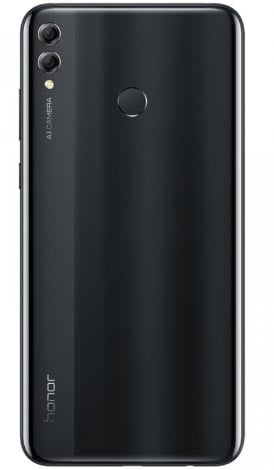 The 8X Max sticks to the 3.5m headphone jack and the good old micro USB slot. The latter is strange as most of the devices today use the USB-c type cable. Also, the device brings Wi-Fi 802.11ac, dual 4G VoLTE, Bluetooth 4.2, Dolby-Atmos surround sound. 8x Max will run Android 8.1 Oreo teaming up with Huawei’s skin EMUI 8.2. It will pack a 4,900 mAh battery with 18W fast charging support.

Honor 8x max will come in 3 different color variants of Blue, Black, and Red. The pre-order for the Blue and Black variants are open on certain E-commerce sites. 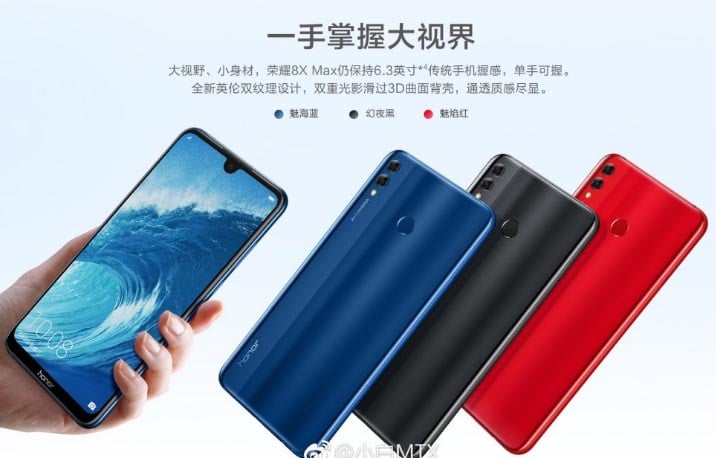 The pricing of Honor 8X Max on e-commerce site is showing as CNY 9998, but we guess its most likely a dummy price. However, this is one of the biggest releases of Honor in 2018. Do you think the device is worth the hype..?! Let us know your views in the comments below.