Huawei started rolling a new nougat firmware update for Huawei Honor V9 Play with the JMM-AL00A variant in Europe region. The update bumps the software version to JMM-AL00AC00B162. Follow our guide to install Huawei Honor V9 Play B162 Nougat Firmware on the JMM-AL00A variant. This update is all about the integration of the Google security patches released in April 2018 for improved system security. Along with this update, you will find regular bug fixes and improvement to the OS.

Talking about the specifications, Huawei Honor V9 Play features a 5.2-inches S-IPS LCD display with a screen resolution of 720 x 1280 pixels. It is powered by Octa-Core Mediatek MT6750 625 processor coupled with 3GB of RAM. The phone packs 32GB internal memory. The camera on the Huawei Honor V9 Play comes with the 13 MP rear camera and 8MP front shooting camera. It is backed by a Non-removable Li-Ion 3000 mAh battery with Fast battery charging. It also has a Fingerprint sensor on the back. 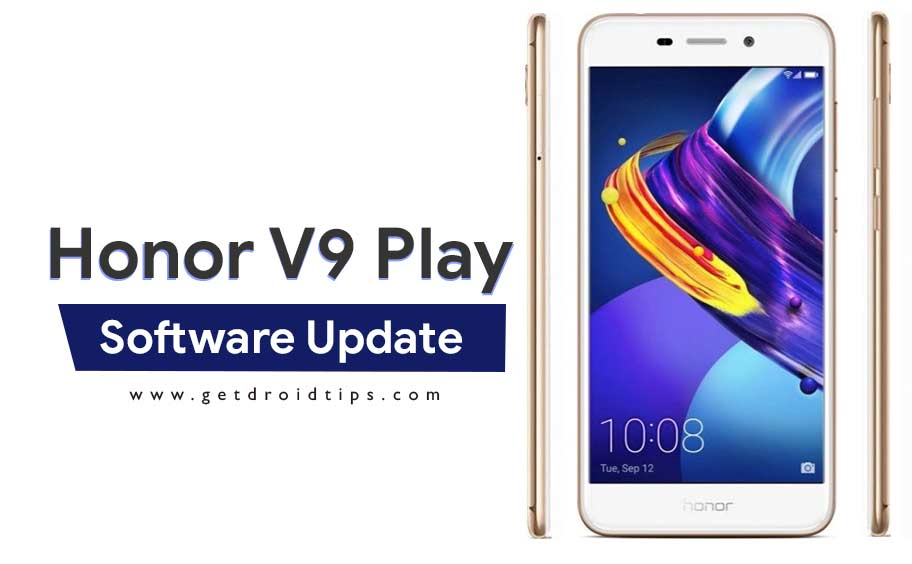 The update is rolling over the air and will reach every user running Stock firmware without root or mods installed.  According to Huawei, then the update may take a couple of days or even weeks to receive as it is sent in a phase-wise manner. By installing this, you will enjoy the April 2018 Security Patch on Huawei Honor V9 Play.

Now you can check for the OTA manually on Huawei Honor V9 Play in case if you didn’t receive the OTA. You can follow the below-given instruction on your phone to check for the official OTA update on your phone. Make sure that your device is running on Stock ROM without root or mods. If you are rooted, then you have to unroot it to receive the official OTA or else you can follow the below step by step guide to flash the JMM-AL00AC00B162 firmware on Huawei Honor V9 Play.

If you still not received the OTA then don’t worry. You can now upgrade your phone to latest build manually using the update.zip file given below. yes! This guide will help you to install Huawei Honor V9 Play B162 Nougat Firmware. The update is simple and easy. Make sure you read and follow the steps properly.

Before following the below guide on how to install firmware on Huawei Honor V9 Play, you need to follow certain requirements. Download the required files before flashing the firmware on your phone.

I hope you have successfully flashed the Huawei Honor V9 Play B162 Nougat Firmware using this guide. If any queries or feedback, please leave a comment.