We know Honor’s upcoming offering Magic 2 is going to surface on 31st October. However, it will team up with another gadget which will mark its entry as well. It is Honor’s very own smartwatch. The Honor Watch Release Date reveals on a poster which was shared by the company on its social media. This new wearable gadget will surface on 31st October as well. 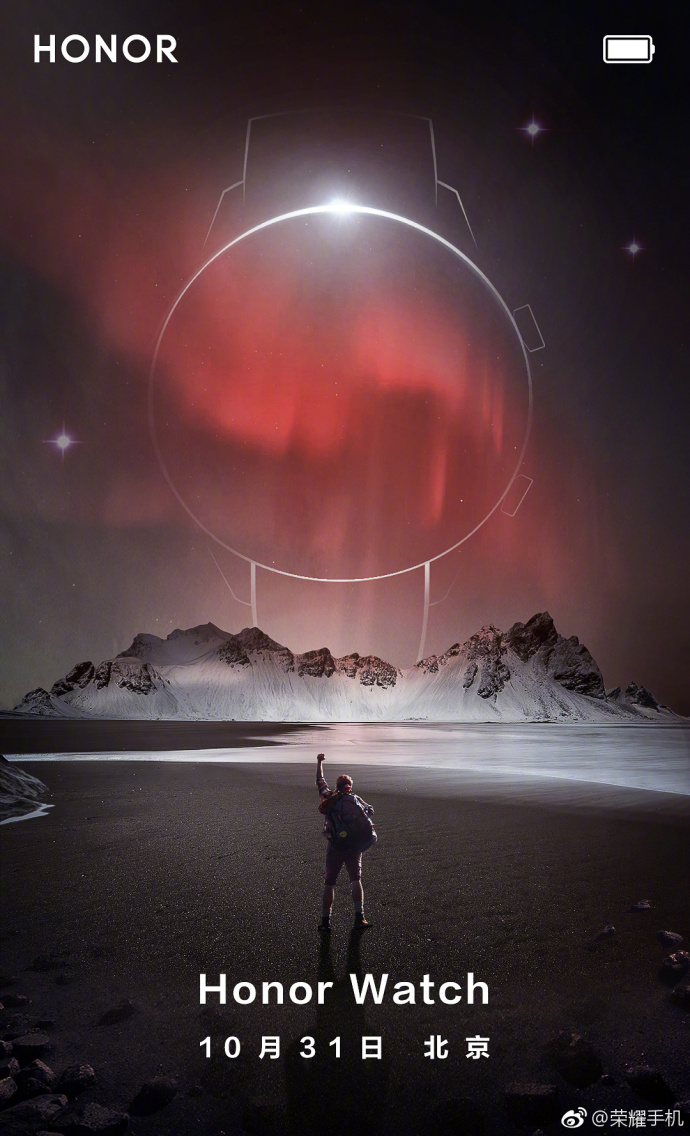 From the poster, the Honor watch design looks pretty similar to that of Huawei watch GT which released alongside the Mate 20 Pro. Being the able subsidiary it is, Honor wants to repeat the history as well. According to some rumors, Honor watch may be the rebranded version of the Huawei watch GT.

If Honor watch follows the course of Huawei Watch GT, then it will inherit its trait as well. So, we can expect a 2-week battery life with 16 MB memory and 128 MB storage. It may bring support for GPS and Bluetooth. Well, as the design is similar and history has it that Honor re-brands Huawei’s previous wearable, so we expect Honor watch may pack these attributes.

So, let’s watch out for the October 31st event and make way for the Honor watch as well as Magic 2.