If the Houseparty app is not syncing or connecting to contacts, then follow the below tips to fix this issue. There has been quite a surge in the video calling apps as of late. Due to the lockdown, these apps are the only method left through which we could connect with other peoples, both on the personal and professional front. As a result of this, apps like Skype, Google Meet, Zoom, and Houseparty have seen an unprecedented spike in its usage. Epic Games have recently acquired the latter, the brain behind the massively popular online game Fortnite. This has resulted in the app offering some games to kill off your free time.

Being on a video call and at the same time trying out these games with your friends could definitely prove to be a massive hit among the younger generation. However, as with other apps, this app is prone to some errors as well. One of them is the inability of the Houseparty app is not syncing or connecting to contacts. As a result, you wouldn’t add your friends even for a video call, let alone play games. And not being able to connect with our contacts in a video calling app destroys its sole purpose. Therefore it needs to be fixed on an urgent basis. In this regard, here are the tips through which you could fix the Houspearty syncing error. 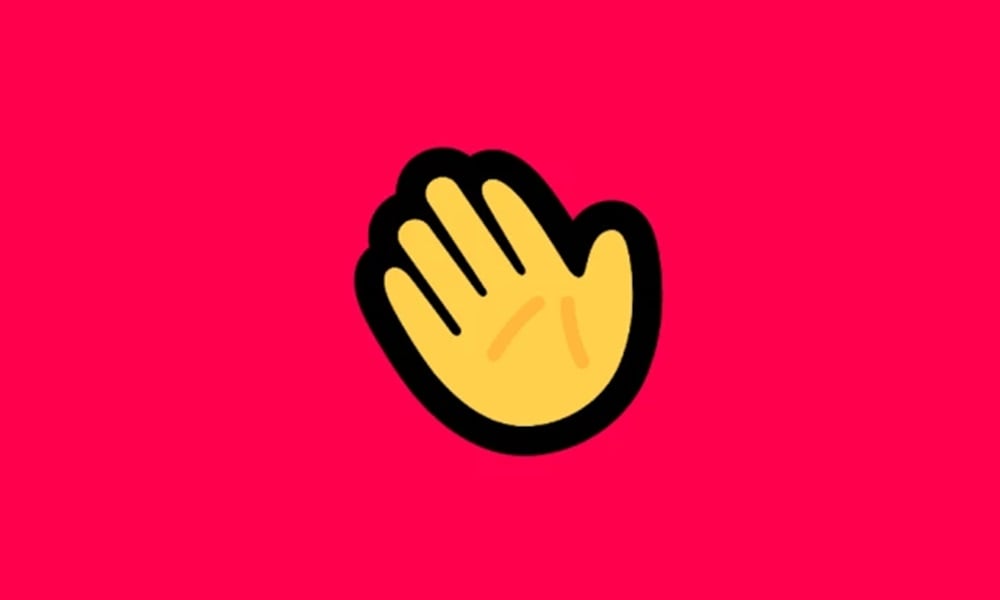 How to Fix Houseparty Not Syncing or Connecting to Contacts

Here are all the possible fixes related to the above error. Let’s check them out. 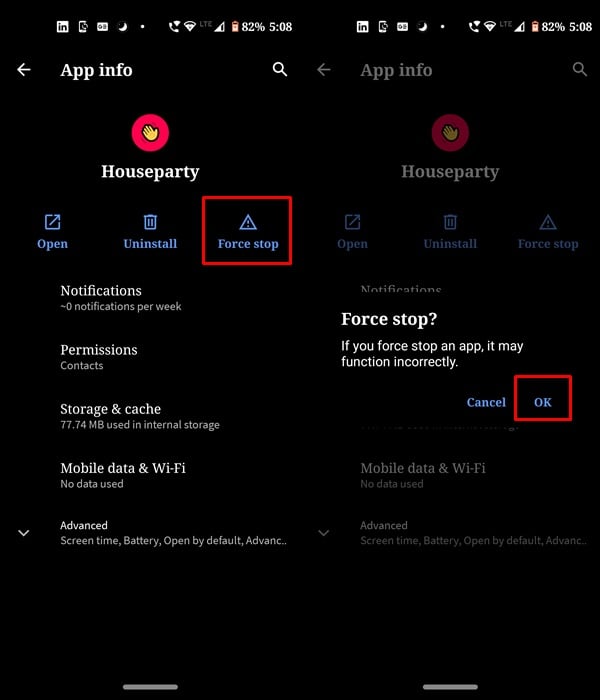 The first of the fixes is a pretty easy one. Close the app and relaunch it after a while. But while closing it, make sure you have removed it from the recent apps as well. Apart from that, you should also force stop the app. To do so, head over to Settings > Apps and Notifications > App Info > Search for the Houseparty App > Tap on Force Stop and hit OK in the confirmation dialog box that appears. Once that is done, launch the app, create a new room, and try adding your friends, see whether the Houspearty syncing error has been fixed or not. If not, move over to the next method given below.

It is no secret that Houseparty is an online-only app. So if you do not have a decent internet connection, then the app might fail to function as expected. Therefore go ahead and check your internet connectivity speed. Furthermore, if you are using the app on your PC, try changing the connection mode from wireless to wired (USB Tethering, Ethernet Cable, etc.).

Similarly, you could also create a hotspot from one of your devices and share its internet with the affected device. Once done, launch the Houseparty app and see if the syncing error has been fixed. Along the same lines, you could also Downdetector’s website and see if the servers are functioning as expected. If it is indeed a server-side issue, then you’ll have to wait till the app is up and running again.

Every app needs a bunch of permissions to function correctly, and Houseparty is no different. Since you are facing any issue related to Contacts, make sure that the app has got the permissions to read your contacts. To do so, follow the below steps: 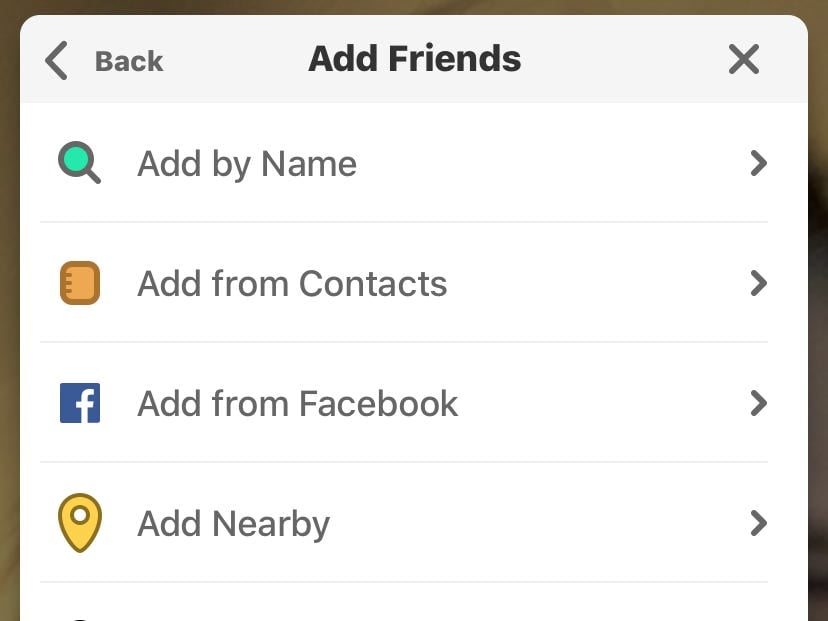 Not only the device’s phonebook, but the app could also sync your friend’s contact from Facebook as well. If you have logged in to the app using your Facebook credentials, then it’s all well and good. Otherwise, launch open the app, tap on the gear option situated at the top left. You will now be taken to the Add Friends screen. Select the Add from Facebook option, authorize your account with this app, and the contacts syncing issue should be fixed. If not, there is one more thing that you could try out.

Sometimes it might happen that out of the six friends invited to join the room, only five of them do. Now when the sixth person attempts to join, he wouldn’t be able to do so or could join the app but couldn’t play the game. This is a bug from the Houseparty side, which will be fixed when a new update gets released. For the time being, you could send him the invite again or create a new room and add everyone once again.

Although this is an effort taking the task, yet for the time being, this might be the only wait out. Likewise, you could also remove that person from your friend list and add him back again. To unfriend him, tap on the My Friends option. Then tap on the overflow menu next to the person whom you wish to remove and select the Unfriend option. Once that is done, re-add him from the contacts, and the issue should be fixed.

With this, we conclude the guide on how to fix the Houseparty syncing issues on your Android, iOS, or PC. We have shared five different fixes, out of which any one of them could rectify this issue. Do let us know which one of them did the trick in your case. On that note, there are some iPhone Tips and Tricks, PC tips and tricks, and Android Tips and Trick that you should check out as well.