Google Pixel 2 XL was announced and released in October 2017. The next generation iteration of Pixel 1, Pixel 2 XL sports a 6-inch 1,440 x 2,880 pixels with 538 PPI density. The phone is back up by Snapdragon 835 chipset with Adreno 540 and a 4×1.9 GHz Kryo and 4×2.35 Ghz Kryo processors making it one of the fastest smartphone. That’s just the tip of the iceberg since there are plenty of specifications and features that Google has loaded the Google Pixel 2 XL with, however, it has a share of rumors, controversies and of course, issues. 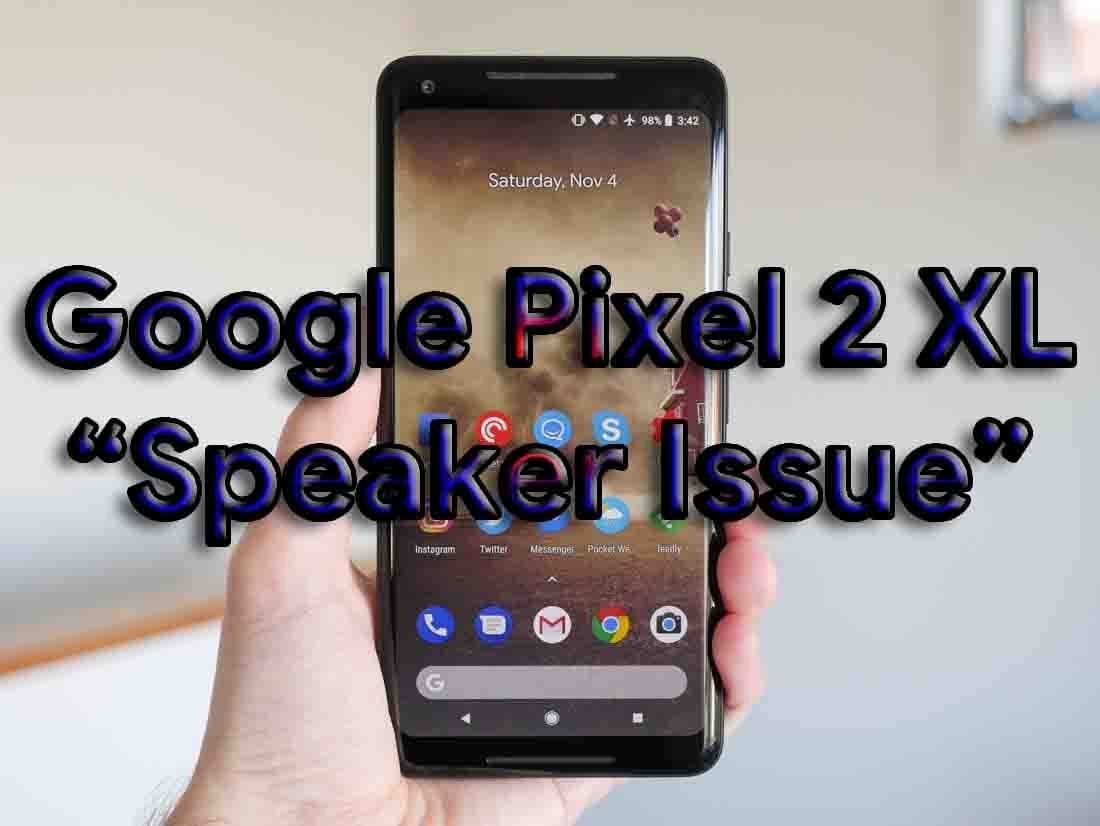 A bunch of Reddit users first pointed out the issue with the Google 2 XL Speaker as its speaker tends to distort the sound when the user is trying to put a full throttle on the volume. As reported, Pixel 2 XL Speakers work great until the volume is lower than 75%, however, once the user crosses the estimated volume level of 75%, the front-facing speakers produce a buzzing rattling sound which is one of the annoying issues that users have been addressing since they bought the phone. So if you are a Pixel 2 XL user, you might have come across rattling or buzzing sound once you turn the volume of the front-facing speaker that you use to make phone calls which are of course, annoying and awful.

There are bunch of other issues with the smartphone too but this issue has been reported by plenty of users forming over 100 post threads on the Google product forums and bunch of other websites where users are trying to fix this issue and get clear and crisp sound when making calls with volume over 75% which is the prerequisite especially when you are in a crowded place. Again the problems seem to be inconsistent with the devices and it is probable that even if you get a replacement for the phone, you’ll get to hear it at some or other levels.

Unfortunately, there is no concrete proof of the fix available and if it can potentially fix the issue or not. Also, Google hasn’t really announced any upcoming update or patch for the issue. There are few tips that might reduce the buzzing sound, however, the responses on eradicating the issue will be different for each device.

Okay, if you are having buzzing and rattling sound when you make a phone call with higher volume. The temporary fix available for it is to decrease the volume of the front-facing speakers. Once it is lower than 70%, the rattling sound would eventually cease to exist.

Go to the safe mode

Since there is no official patch available to fix this issue, you can boot the phone into the safe mode and troubleshoot the devices to check if there is an issue with the third-party apps that you might have downloaded. Safe mode is a diagnostic mode where users can test if the device is having a problem with built-in bloatware or third-party apps. Let us know in the comments if the speaker problem on your Pixel 2 XL has been fixed or not. We will be updating guides on how to fix such issues as soon as more information is available.