OnePlus recently released the Android Q beta 3 for the OnePlus 7 and 7 Pro. A lot of upgrades and changes where with each passing Android Q beta. These changes and features gave us a glimpse on how the Oxygen OS 10 will be which will be based on the Android Q. Moreover, there are a whole lot of UI changes and many tweaks to polish the already great Oxygen OS. As mentioned, there are new features being added and one of them is Game Space. OnePlus is projecting the Game Space as a one-stop-shop for all your gaming needs on your OnePlus 7 and 7 Pro. In this post, we will show you how to install OxygenOS Game Space on any OnePlus devices running OOS 9.5.x or higher.

However, note that this is not an entirely new feature and is a revamped version of the already existing  Game Mode and the Fnatic Mode. These two features, which was very well promoted during the launch period of the OnePlus 7 and 7 Pro devices, have now been combined into one, which is now called Game Space. Besides, it is almost similar to the Google Play Games as it shows you the games list, lets you check the stats of the game, and moreover, you can also access your device’s Graphics Optimization feature. But, there are some features missing like it is not a game store and it does not show you the in-game achievements, which you can find in the Google Play Games. However, you get a hub of your device’s gameplay on your device all in one place.

How to Install OxygenOS Game space on any OnePlus devices running OOS 9.5.x or higher 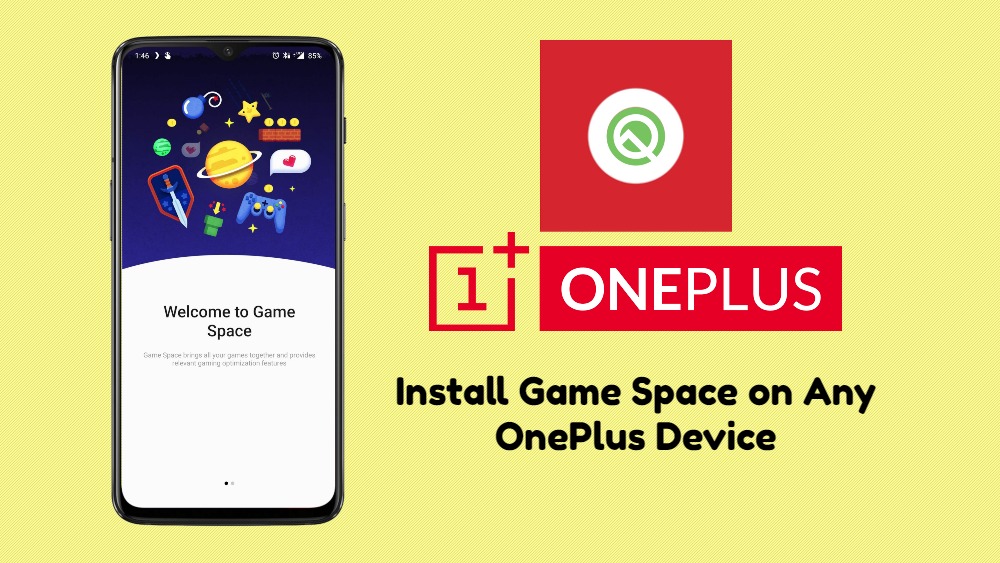 The Game Space as mentioned above is a nice platform or game hub for your OnePlus 7 and 7 Pro. Besides, you do not need to wait for the Android Q or the Oxygen OS 10 to enjoy this feature. If you love playing games and have any of the OnePlus devices running Oxygen OS 9.5.x or higher then, you can download it quite easily. We will be providing you links to download the Game Space for the compatible devices.

The Game Space shows your games in a card-like UI and you can see all your games installed on your device, one at a time. However, you can also tweak the UI and show the games in the traditional grid. Once you are on any game card, swipe up to see all the different options for that particular game and you can optimize the graphics settings for that game as well. In my opinion, it gives your device a cleaner look as instead of a game folder sitting on the home screen or the app drawer of your phone, you can have the Game Space icon.

Below is the link for downloading Game Space for any OnePlus device. Thanks to XDA Developers for providing the link to Game Space.

This is a nice feature that you can get to experience even before the launch of Oxygen OS 10 which will be based on the Android Q. Moreover, in future, once you get the Android Q update, you can access the Game Space from the Quick Settings and in the Settings menu. Below is the screenshot of the Game Space application;