Recently, a Huawei sub-brand Honor device appeared on TENAA. The phone came with a small notch design on the top of the display, just like the recently launched Oppo F9. The certified phone believed to be the Honor 8X and there is proof that the company working on Honor 8X smartphone. Now the Honor 8X retail box leaked online. 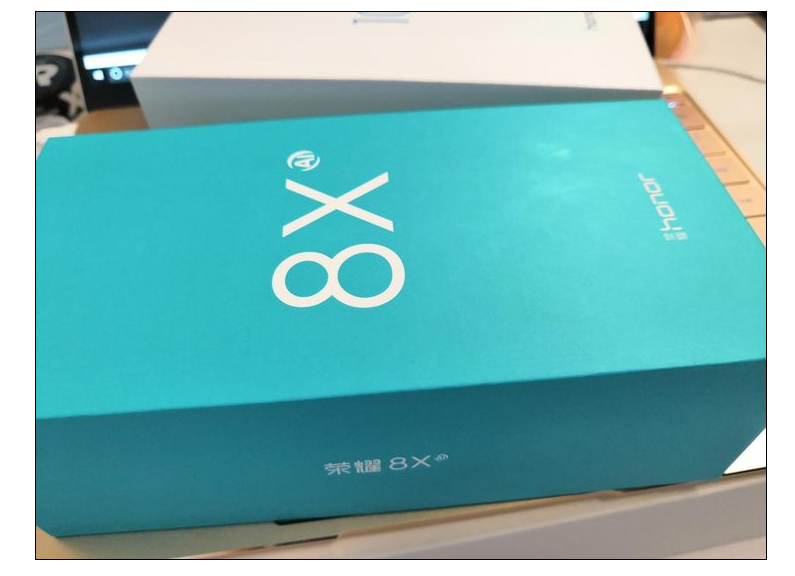 Above leaked retail box image, there is 8X written on it boldly along with acronym (AI) circled at the end. Which means, the phone will have artificial intelligence feature. At the bottom of the front side of the box, there is Honor brand written.

However, there is no other detail about the phone revealed by the retail box. But we have specs details of the Honor ARE-AL00 model number that certified by TENAA, recently and believed to be Honor 8X. According to TENAA, the phone has a 7.2-inch display that supports 2244 x 1080 pixels of resolution and offers 18.7:9 aspect ratio. The body dimensions of the phone are 177.57 x 86.24 x 8.13 mm and it weighs 210 grams. It powered by Octa-Core CPU under the hood which clocks 1.8 GHz.

There is no detail about the chipset on board, the phone expected to come with Kirin 710 SoC inside. It runs on Android 8.1 Oreo operating system out of the box along with EMUI 8 UI running on top. It packed with 4,900mAh battery inside the body which supports 18W fast charging charger. The Honor 8X has 4 GB of RAM and 64 GB internal storage along with micro SD card slot on board. There are dual camera sensors on the back side along with LED flash. on the back, there is a 16-megapixel main camera and 2-megapixel secondary camera. On the front side, it will have an 8-megapixel camera for selfies and video calls.

However, there is no other detail mention on the box. We don’t know when the company unveil Honor 8X smartphone. But the company may announce the phone soon.