Huawei Maimang 6 started receiving a new software update. The software update on the device jumps to B351 which upgrades the variant RNE-AL00 in China region. The build number on Huawei Maimang 6 comes with RNE-AL00C00B351 (8.0.0.351). Now you can download and install Huawei Maimang 6 B351 Oreo Firmware Update by following this guide. This update brings the latest Android 8.0 Oreo with EMUI 8.0 Skin under the hood.

Huawei Maimang 6 is a dual SIM smartphone launched in October 2017. The phone comes with a 5.90-inch touchscreen display with a resolution of 1080 pixels by 2160 pixels. It runs on 1.7GHz octa-core HiSilicon Kirin 659 processor and 4 GB of RAM. It comes with Android 7.0 Nougat out-of-the-box. This device packs a 64 GB of expandable internal storage. The device brings a 16-megapixel primary camera for the rear and 13-megapixel front face camera.

The new update is rolling via OTA (Over the air) and will soon reach every user around the globe with Huawei Maimang 6. So kindly wait for a couple of days or even weeks to receive this new update on your phone. The update is sent via phase-wise manner. You can either wait for the update or you can install the software update manually by following our guide below. We have given the download link to the build number RNE-AL00C00B351 (China). 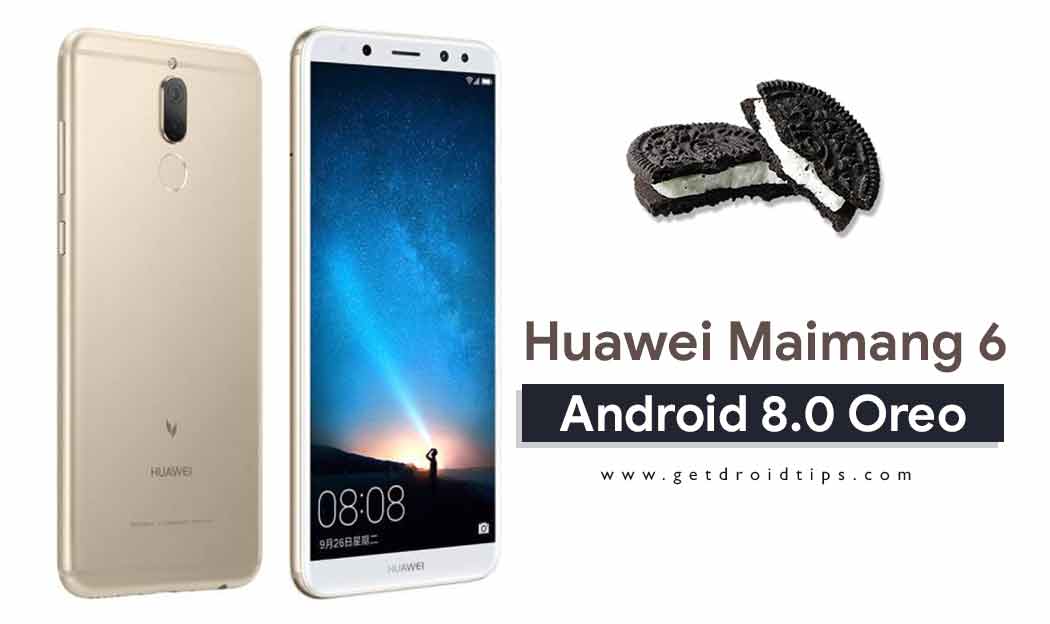 How to Manually Check for Update on Huawei Maimang 6

[su_note note_color=”#fffde3″]Before proceeding to download, Huawei Maimang 6 must have enough battery backup with at least 50% battery. Also to install this update, make sure you have enough storage on your device to complete the installation process. We suggest you to choose a Wi-Fi or a 4G connection to download it. Before following this, take a complete data backup to avoid any problem in case things go wrong. After following the procedure mentioned above, you can now start downloading the update on Huawei Maimang 6 (RNE-AL00). As this update is an incremental update, it wouldn’t take a lot of time to download and install.[/su_note]

If you still not received the OTA and you want to update manually using the update.zip file on your Huawei Maimang 6, then you can follow the below guide. This guide will help you to install Huawei Maimang 6 B351 Oreo Firmware Update. The update is simple and easy. Make sure you read and follow the steps properly.

Before following the below guide on how to install B351 Oreo firmware on Huawei Maimang 6, you need to follow certain requirements. Download the required files before flashing the firmware on your phone.

Some Useful Tips and Tricks:
I hope you have successfully flashed the Huawei Maimang 6 B351 Oreo Firmware Update using this guide. If any queries or feedback, please leave a comment.