Starting the Huawei Mate 9 series the company adopted a strategy for its flagships that had been used by many other manufacturers for a while. We are talking about the Pro version of a flagship that comes along with the regular version. But the Pro version always sports better features than its sibling. It was so for the Mate 9, and it is for the Mate 10 as well. The Huawei Mate 10 Pro comes with the enhanced variant of the regular model. This means it still uses the 18:9 full-screen design, but the rest of the device is slightly improved.

A larger screen doesn’t mean it is the same screen with a longer diagonal. It was true for the previous-gen mode, the Mate 9 Pro. But as for the Huawei Mate 10 Pro, it looks like a business handset with an elegant fashion sense. It uses the mainstream of double-sided glass + metal frame structure design. But thanks to the softer, clearer and more rounded body the phone’s appearance looks younger. So Huawei’s Pro line devices are no longer designed for business people only. Now they can be acquired by younger customers as well. Moreover, it is the first Chinese top brand smartphone supporting IP67-level dustproof and waterproof features. The front of the Huawei Mate 10 Pro carries a 6-inch 18:9 full-screen. But unlike the Huawei Mate 9 Pro that was packed with a hyperbolic screen, this one uses a 2.5D arc screen. Seems the dual-curved screens are not interesting to customers anymore. However, the line where the metal frame and the display meet is so thin that no one will feel any transition gap. As for the forehead and the chin, they are at the same size. But if the former one carries some sensors, speaker, and camera on it, the chin carries only the company’s logo. The back of the phone is quite recognizable. It is completely made of glass. But there is also a stripe with a lighter tone. It gives some dynamics to the phone. But in terms of production, it requires additional processes. As the screen occupies almost the most of the back (80.97% screen-to-body ratio), the fingerprint scanner has been moved to the back. But it is placed under the stripe. So we can write down the latter belongs to the camera only. Well, the laser focus, flashlight, and two camera sensors are placed symmetrically. At last, if the front is flatter than the previous-gen model, the back uses a biaxial 3D curved glass surface for better ergonomics. The top side comes with an infrared module and a microphone hole. The SIM card slot is on the left The volume rocker, as well as the power key, are on the right. The bottom side carries the USB Type-C interface, two microphones, and a speaker. Thanks to the dual-curved glass body, full-screen technology, and high-quality metal frame the phone doesn’t look large and is perfect for single-hand operations. It comes with dimensions of 154.2 x 74.5 x 7.9 mm and weighs 178 grams that is a standard for a 6-inch device.

Huawei has upgraded the EMUI OS to support the requirements of the AI chip the Huawei Mate 10 Pro comes with. It took about 18 months from the manufacturer to develop the EMUI 8.0. Moreover, this software is based on Android 8.0 that causes a simple question – are the previous Android version capable of supporting AI-based performance? This question should be answered by the profs, and we’d better focus on the changes made in the newest EMUI 8.0. As for the style and the overall design changes, the eighth-gen EMUI places the navigation keys on the bottom part of the screen. This is a quite popular method and it’s frequently used by many manufacturers. Thanks to it they save some space on the front panel. The Huawei Mate 10 Pro has been made for business purposes as well. So if you want to use it as an office host or a source for data/content viewing, there is the coolest feature called Easy Projection Mode. Using a USB Type-C to HDMI cable supporting for Display Port 1.2 you can plug your phone into an external monitor to view any content on a larger screen such as the TV, projector, or anything else. Absolutely no dock is required. Moreover, you can even add wirelessly working peripherals via Bluetooth such as a mouse or keyboard and use the phone’s display such as a trackpad. The next amazing feature is the AI-powered Microsoft Translator, which translates everything in the phone instantly. It supports up to 50 languages, and all they work perfectly. Thanks to the NPU, everything is done on hardware-level. So no need for cloud-based technologies and additional delays during the translation process. There is also a smart split-screen mode that will pop-up a split-screen icon when you use the phone in the full-screen mode. So you will continue watching a video or playing a game. The Huawei Mate 10 Pro also supports a special recovery mode that allows restoring the deleted items within 30 days, after which they’ll be completely gone.

The most favorite feature is the second fingerprint support. You can register two fingerprints – one for a regular use, and the second one for you only. Thus if someone wants to check your phone, use the clear‘ fingerprint to unlock it.

Every year Huawei updated the Mate series phones and the Kirin processors at the same time. But this year, the company announced the new Kirin 970 processor a month earlier than the Huawei Mate 10 Pro, which comes with it. Most likely, you know the reason – the Kirin 970 is the world’s first integrated NPU (neural network computing unit) processor. Though the Kirin 970 comes with an AI component and a lot of enhancements in comparison to the previous-gen chips, the performance is still the same. It uses 4 x A73 2.36GHz +4 x A53 1.8GHz octa-core CPU architecture design and ARM Mali-G72 MP12 12-core GPU. However, it still runs on a 10nm manufacturing process, but there are over5.5 billion transistors. In comparison to the Snapdragon 835 and Apple A11 that come with 3.1 billion and 4.3 billion transistors, respectively, the Kirin 970 is a beast.

Though the process node and the cores quantity are identical to the Snapdragon 835 chip, which has been considered as the best mobile SoC around the globe, the Kirin 970 uses an energy-efficient heterogeneous computing architecture to greatly enhance the AI power. The HiAI mobile computing architecture has been designed specifically with the first built-in independent NPU (Neural Network Processing Unit). It comes with the fastest performance ever seen. Say, the image recognition speed reaches 2005/min. It’s the way higher than the industry level. The same iPhone 8 Plus provides 899/min, the iPhone 7 Plus does 487/min, and the Samsung Galaxy S8 comes with an image recognition speed of 95/min. The decoder has been changed as well. As for the audio DSP, it has been replaced with a USB controller. Now it supports high-definition lossless playback as well as up to 32bit @ 384K sampling rate. The Kirin 970 comes with a separate inSE 2.0 financial-level security chip, which supports on-chip voice data encryption, eSIM, and many more. The benchmark results are not astonishing, but they show the Mate 10 Pro is among the fastest smartphones in the world. The Mate series devices have been always known for their long-lasting battery life. The existence of a 4000mAh capacity battery, EMUI 8.0’s power-saving features, and the use of the Kirin 970 AI chip should be good hints at the phone’s durability. But let’s don’t forget we are dealing with an OLED dull-screen, which consumes more power than other displays. So we have done some tests for it. As a result, we can state the phone is capable of providing up to 8 hours of life when using heavily. As for the charging, the phone uses an own-made Supercharge technology and the secure fast charging technology from TÜV Rheinland, Germany. The Huawei Mate 10 Pro also comes with a low-voltage charger supporting up to 5V / 4.5A output. Thanks to the mentioned features it showcases quite acceptable fast charging options. So the phone can charge up to 22% in 10 minutes only, while it will reach 60% of power in 30 minutes. To charge the device fully you will need 87 minutes. Like its predecessor the Huawei mate 10 Pro sports a dual-camera module with Leica technology and SUMMILUX-H lenses. There are two sensors with a 12MP and 20MP resolutions. Both sensors come with an aperture of f/1.6 and OIS with a 4-in-1 Hybrid AF. There are up to 4 focusing features such as phase, laser, depth, and contrast focusing. Thanks to the NPU the Huawei Mate 10 Pro intelligently identifies the object while capturing, optimizes the scene, and optimizes the object and the scene to better meet the imaging needs of a user. Plus, the new dual-ISP is capable of providing faster and more accurate focusing. There are three color imaging modes on the Huawei Mate 10 Pro – standard, vivid and soft. If telling shortly, the former one provides more real photos, the second mode brings photos to please the eye, and the last one comes with two sub-modes.

This is an annual flagship, which means the company has collected various trendy and innovative features into one device. There are too many key features, and it will take too long to list them. So let’s focus on its selling points. First, the Huawei Mate 10 Pro is the first smartphone sporting the first AI mobile chip (along with the Mate 10). Second, it comes with the newest EMUI 8.0, which includes an AI component as well. Third, it is a full-screen smartphone. Fourth, it still continues using Leica lenses. Finally, it’s priced quite affordably if taking into account its high-end status. Agree 4899 yuan ($738) and 5399 yuan ($813) are quite acceptable price tags for a smartphone with an artificial intelligence. 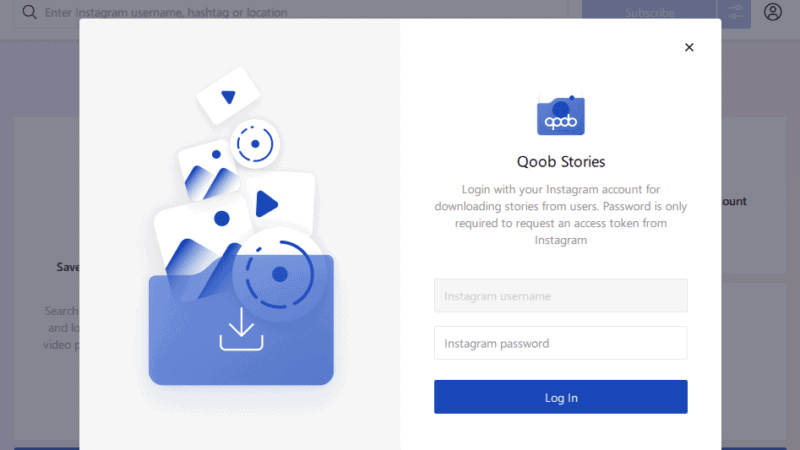 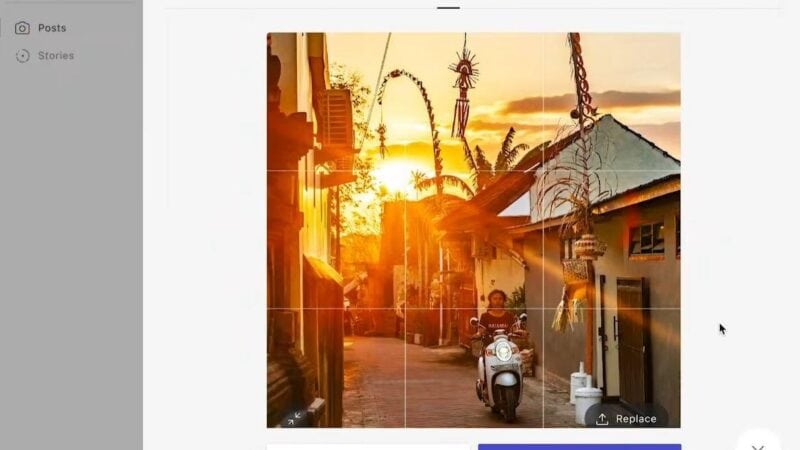 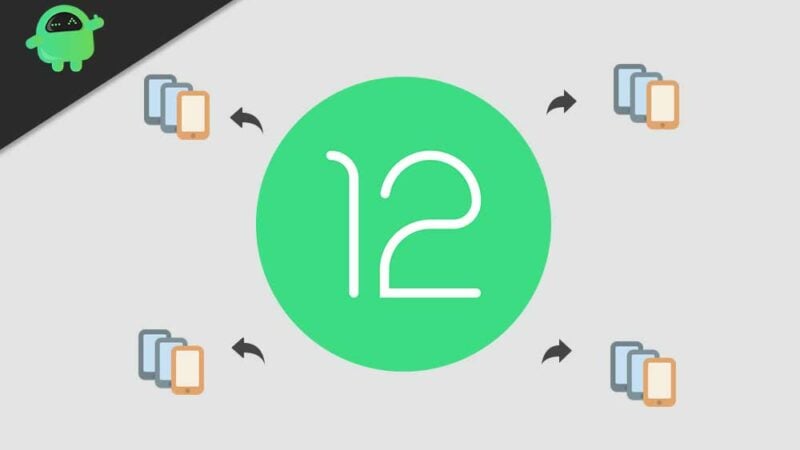