After 3 months of rigorous beta testing, Huawei is finally pushing the stable EMUI 10 for Huawei Mate 20 X. Initially, the 5G variant of the device got stepped up to Android 10. Now, the regular model is also moving ahead to EMUI 10. The latest system update is rolling out with variable build number depending upon various regions. European users are getting the update with build V10.0.0.184. The Indian users should get it as V10.0.0.188. Again the South-east Asain variants are getting the EMUI 10 build V10.0.0.183.

The size of the software also varies from device to device. Some Mate 20 X users may get the system software as a file of 700 MB. One update also weighs a massive 4 GB. The system upgrade to EMUI 10 comes with bug fixes, new user-interface, security patches of December. Also, the device is getting improved GPU Turbo, fixes bugs relating to no sound during the call, screen display of incoming calls.

As the rollout is in progress, Mate 20 X users should receive the update anytime now. However, as we know OTA updates go about randomly, so, some users in certain regions may have to wait for a long period to see the EMUI 10.

If you do not like to wait, go to Settings > System > Software Updates. Check for any new update the device has. If at all there is a new upgrade to EMUI 10 available, use Wi-Fi to download it. Make sure to juice up your device before installing the software update.

Google has finally announced the official Android 10 OS version with a bunch of new features, system security, improvements, and system UI changes. The Android 10 (aka Android Q) is now official and already rolling out to Pixel series devices, Essential Phone, Redmi K20 Pro, OnePlus 7 Pro. Here in this article, we will share the details of Huawei Mate 20 X Android 10 release date and EMUI 10 features in brief.

Well, Huawei is always very quick in upgrading their device to the latest Android version. This time, Huawei has promised to upgrade most of their latest device to EMUI 10 based on Android 10 OS. As per the statement, Huawei Mate 20 X will receive Android 10 Q update with EMUI 10 user interface. Thanks to the all-new project treble insertion by Google which brings fast Android OS update to all the device. Make sure to bookmark this article to get the update of Android 10 for Huawei Mate 20 X. 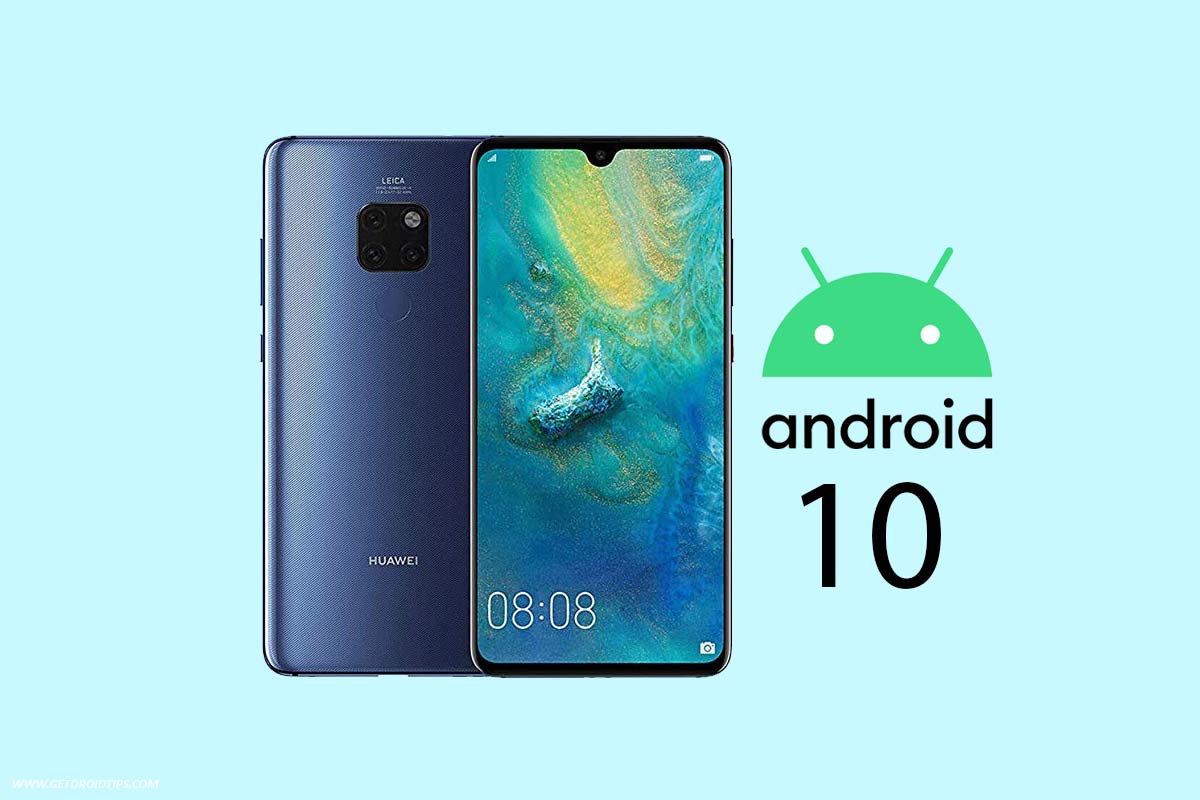 Huawei EMUI 10 will be available in the beta version at first for Huawei Mate 20 X. If you want to test out the beta update then follow the below steps and join the program.

Huawei Mate 20 X runs on Android 9.0 Pie with EMUI 9.0 and backed by 5000 mAh Non-removable battery. It also has a fingerprint sensor on the back. The handset supports Hybrid Dual SIM with 4G on both slots. It comes with connectivity options such as Bluetooth, Wifi, USB OTG, FM, 3G and 4G.