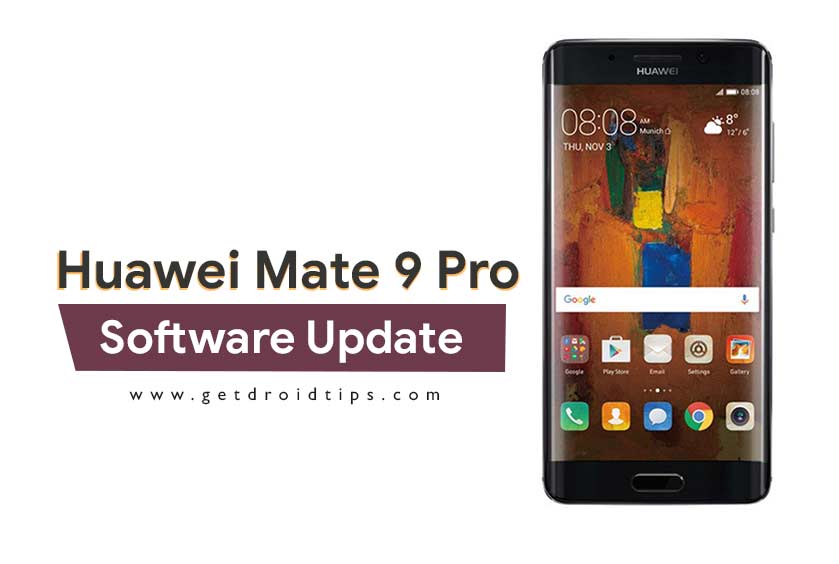 The new updated version B366 brings the latest  Google security patches released in Feb 2018 for improved system security. Along with Security patches, the firmware build has optimized the front fingerprint navigation performance and fixes an issue where some apps would freeze, also fixes Weather app was unable to refresh.

Talking about the specs on Huawei Mate 9 Pro,  The device sports a 20MP + 12MP Dual rear cameras and an 8-Megapixel front shooter for selfies. Huawei Mate 9 Pro features a 5.5 inches IPS LCD capacitive touchscreen Display with a 1440 x 2560 pixels resolution. It is powered by a Hisilicon Kirin 960 chipset processor with Mali-G71 MP8 GPU paired with 6GB RAM. The phone packs 64GB internal memory, that can be expanded up to 256GB via MicroSD. The handset runs on Android OS, v7.0 (Nougat) with EMUI 5.0 out of the box.

The update has already rolled via OTA (Over the air) and it is sent in a phase-wise manner. The update may take a couple of days or even weeks to reach every corner of the world.

If you are waiting for the latest OTA update on your Huawei Mate 9 Pro, then you can check the OTA manually. Follow our below guide which can see if you have any OTA on your phone. Before that make sure you are running Official Stock ROM without root or mods installed. If you are rooted, then first you need to unroot your phone.

If you still not received the OTA and you want to update manually using the update.zip file on your Huawei Mate 9 Pro, then you can follow the below guide. This guide will help you to install Huawei Mate 9 Pro B366 Android Oreo Firmware Update. The update is simple and easy. Make sure you read and follow the steps properly.

I hope you have successfully flashed the Huawei Mate 9 Pro B366 Android Oreo Firmware Update using this guide. If any queries or feedback, please leave a comment.