Recently, Huawei launched the Nova 3 smartphone. The company rolling out a new update for the Nova 3 in China.  The new update comes with B142 version number and it brings some new features and fixes a few bugs which optimize and improves the performance of the phone. Currently, the update available in China via OTA (Over The Air) and expected to roll out in other countries soon. 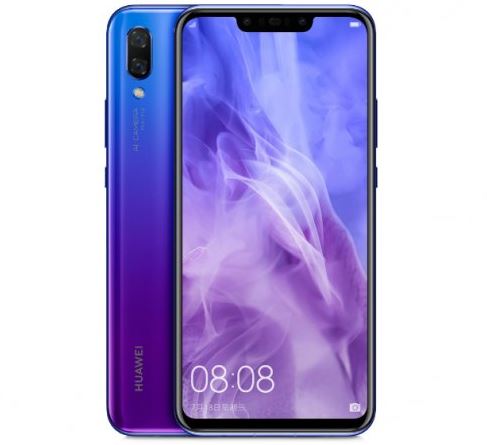 New update for the Huawei Nova 3 brings new authentication feature for making payments via WeChat. Users can use fingerprint authentication when making payment with WeChat which makes things faster. The camera section also gets some improvements, the color of the image are now better color saturation. The update improved the sensitivity of the touchscreen and makes it smoother. Now the Wi-Fi scan pop-up bug has been fixed.

The update for the phone comes with B142 version number and only available for Huawei Nova 3 Par-Al00 and Par-TL00 model number variants. If you have one of these model number Nova 3, you will get OTA update notification soon. Users of these models number smartphone can also check update manually, go to the Settings >> System >> System Update. Remember, before updating your phone, make sure you took your phone complete backup, charged more than 50% and is connected to Wi-Fi network.

It comes with a 6.3-inch display that supports 19.5:9 aspect ratio. The phone powered by Octa-Core CPU under the hood along with HiSilicon Kirin 970 chipset. It has 6 GB of RAM and 128 GB internal storage. It packed with 3750 mAh capacity battery inside the body along with Mali-G72 MP12 GPU for better graphics performance.