The Chinese tech giant Huawei has released its mid-budget category smartphone called Huawei Nova 5i in the year 2019. It is powered by HiSilicon Kirin 710 chipset, 4 GB of RAM and 128 GB of internal storage. Now, you can Download Huawei Huawei Nova 5i Android 10 with EMUI 10 Update from this guide.

Recently, the company has released the EMUI 10 (Android 10) update for the Huawei Nova 5i. If you don’t know, the EMUI is the official skin for the Huawei and a couple of Honor devices as well. As the EMUI 10 is based on Android 10, it brings a bunch of new features and system improvements. Make sure that the update is waving via OTA in an incremental manner. So, it will take some time to hit all the units properly.

However, if you’re an interested Huawei Nova 5i user and don’t want to wait further, you can check for the OTA update manually on your device via Settings > System > Software update > Check for updates. If you can see that there is a new software update is available for your device, just grab it. Otherwise, you can manually flash the firmware on your Huawei Nova 5i handset by following the guide below. 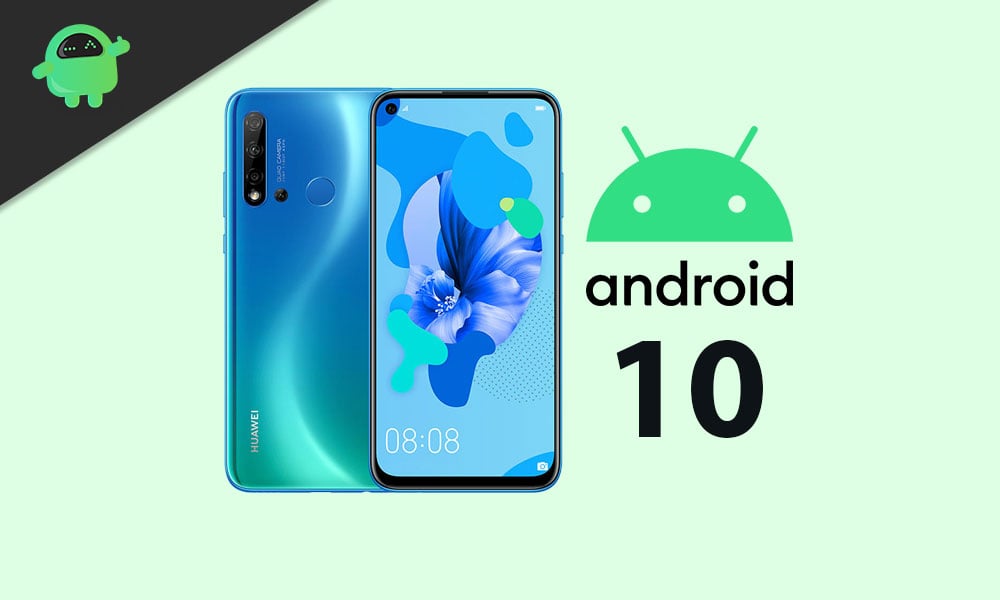 Huawei Nova 5i runs on Android 9.0 Pie with EMUI 9.1 and backed by a Non-removable Li-Po 4000 mAh battery. It also has a fingerprint sensor on the back. The handset supports Hybrid Dual SIM with 4G. It comes with connectivity options such as Bluetooth, Wifi, USB OTG, FM, 3G and 4G.

The all-new EMUI 10 update is based on Android 10 and it offers plenty of improvements and UI changes. Most of the OEMs always try to implement visual changes and include some of the customized features apart from the exclusive Android OS features. EMUI 10 is no exception here and the company has included the below features or changes.

Android 10 is the 10th major release of Android OS that was launched in September 2019 officially. Google has ditched the alphabetical dessert naming series with Android 10. Though the company is still using an alphabetical term like Android Q for Android 10 and Android R for Android 11. Android 10 is more focused on system security and other privacy concerns.

We hope this guide was helpful enough to flash the Huawei Huawei Nova 5i Android 10 Update.