Today Huawei has rolled the B114 Android 7.0 Nougat update for Huawei P10 Lite with WAS-LX1A variants in Germany. In this guide you will learn on How to Install B114 Nougat Firmware based EMUI 5.1 On Huawei P10 Lite (Full ROM and OTA) ( Germany) WAS-LX1A. This is the stable build of Android 7.0 Nougat firmware from Huawei. In this article, we will give the link to download and install Android Nougat B114 Nougat Firmware On Huawei P10 Lite manually. This update integrates Google security patches for improved system security and optimized system stability. 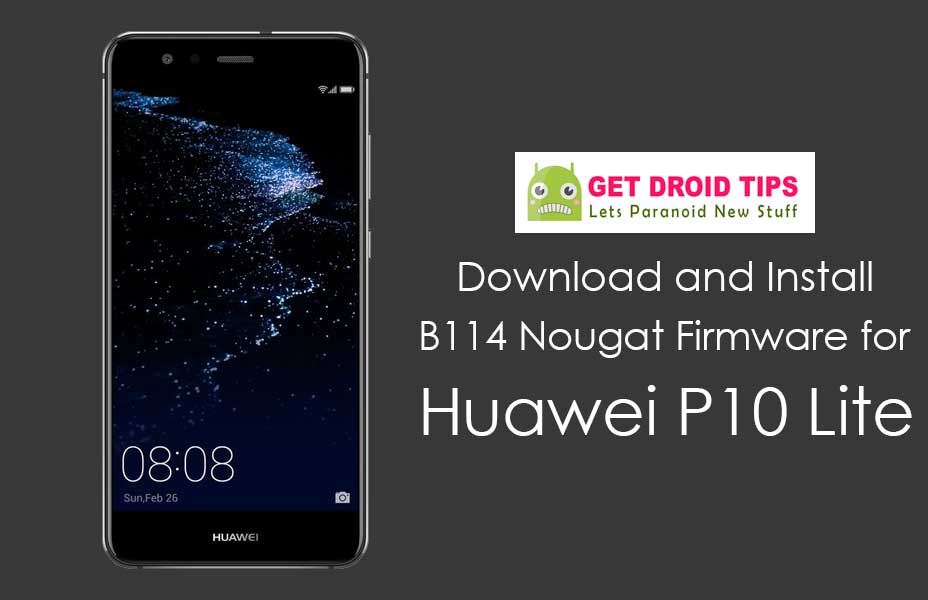 You can flash stock ROM on Huawei P10 Lite with the latest B114 Nougat firmware in Germany. You must have WAS-LX1A variant to update latest B114 Stock Firmware. Follow the below step by step guide on How to Download and Install B114 Nougat Firmware On Huawei P10 Lite ( Germany) (Nougat EMUI 5.1) Here we provide download links and installation guide for Android Nougat on Huawei P10 Lite. The Build number of this Stock Firmware is WAS-LX1AC02B114 which comes for Germany Region with B114 OTA firmware image. Flash it on your phone to enjoy the latest taste of Android 7.0 Nougat.