Huawei P20 comes with a 5.7-inch display. Under the hood, the device will be powered by an octa-core processor coupled with an 8GB RAM. While an internal storage of 128 GB is expected. Out of the box, the device might get the old Android 7.1 Nougat. We also expect an upgrade to Oreo soon. A huge 4000 mAh battery will offer better standby time. More details about the device and the pricing are not known at the moment. This flagship is expected to hit the global market around the end of March 2018.

Huawei is the most popular Chinese smartphone manufacturer with numerous devices under its belt. EMUI, also known as Emotion UI is the user interface that Huawei uses on most its Smartphone devices and its subsidiaries the Honor series, based on Android. On 30 December 2012, Huawei introduced Emotion UI 1.0, based on Android 4.0 KitKat. It features a voice assistant app (only in Chinese), customizable home screens and also enables theme-switching. The Chinese OEM claims that it is “probably the world’s most emotional system”. It is On 4th September 2014, the company announced EMUI 3.0, along with the device Ascend Mate 7 in the pre-IFA event in Berlin. The user interface was ever since called “EMUI” instead of “Emotion UI”.  In later 2015, Huawei launched EMUI 4.0, with a redesigned interface based on Android 6.0 Marshmallow, along with the Huawei Mate 8. Again in 2016, EMUI 5.0 was introduced.

Here is the download link to get the latest Huawei P20 stock themes.

How To Install Huawei P20 Stock Themes On Huawei Smartphones

Here are the steps in details that will help you install the amazing set of Huawei P20 stock themes on other Huawei devices.

Step-1  First, you have to download the zip file mentioned above and locate them on your Huawei smartphone.

Step-2 After that,   unzip the file by using any app like WinRAR for Android or any other file manager.
Step-3 Search for the hwt file from the unzipped folder and copy them to HWThemes folder on your Huawei device.

Step-4 Open the themes app and find the Huawei P10 Plus stock theme.

Step-5  Apply the theme to your phone.

Step-6 After successfully applying the theme reboot the device.

After the successful reboot, you can see the Huawei P10 Plus stock themes on your respective Huawei device.

As said earlier the Huawei P20 stock themes comes as a pack of various individual themes. Let’s have a look at some of these stunning themes. 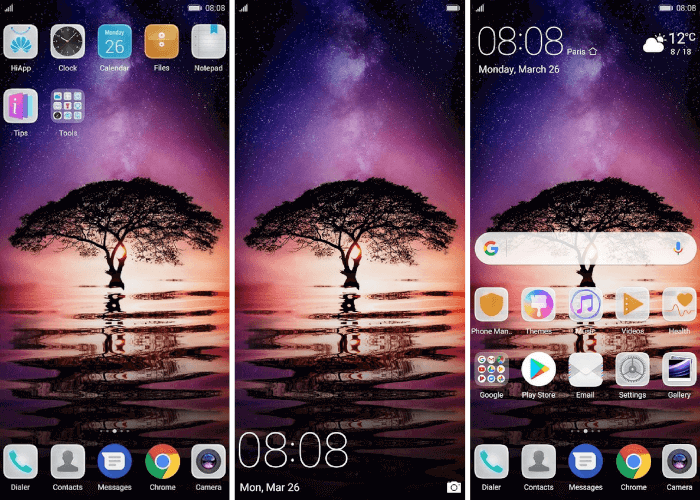 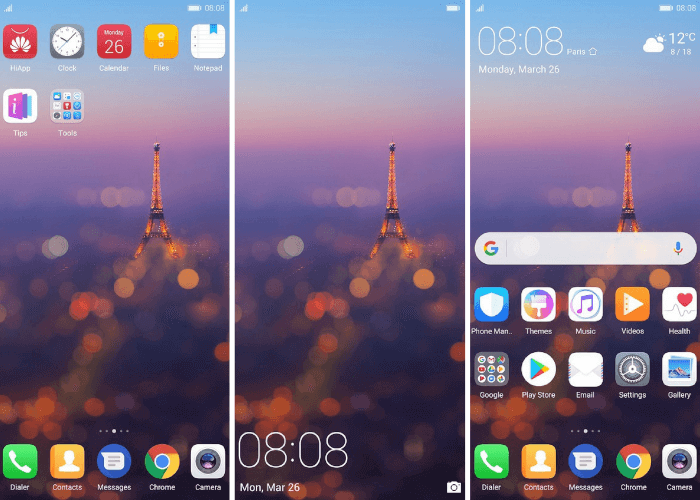 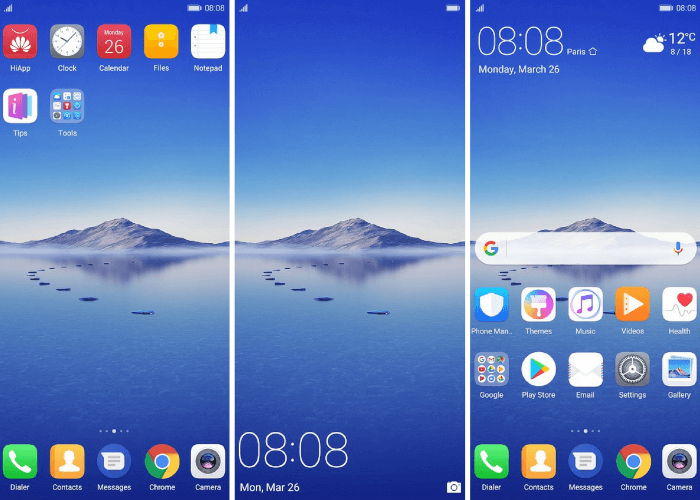 Follow GetDroidTips to grab all the latest stock themes and wallpapers for your Android devices.