Humans are indeed nature’s enemy. And Maneater takes the fight to a whole another level. There are plenty of bosses for you to fight in Maneater but the human hunters are something that you must be cautious of. These hunters have the capability of ripping you apart if you fail to fight well against them. To make things even worse, hunter bosses will come into the scene to put a death sentence upon you.

Although these hunters do not possess any special skills or abilities, the damage they can deal with you is intense. The scene will get even worse as you hunt them down through the ranks, which makes their damages more and more intense. So in this guide today, we’ll hit you up with a quick and simple guide to defeat them. Without any further ado, let’s see how to defeat Hunter Boats and Shark Hunters in Maneater. 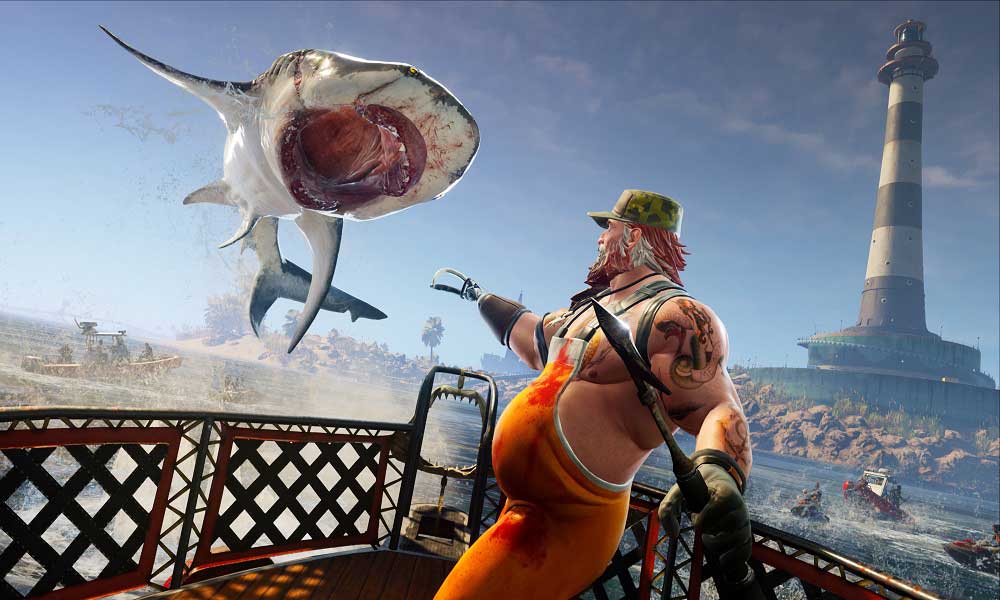 How to defeat Hunter Boats and Shark Hunters in Maneater

There are two ways of dealing with hunters in Maneater. One is to go up into the air, snatch the hunters, and kill them and the other is to take down their hunter boats. Here, the best option is to go with snatching those hunters and then killing them. This is because the boats are pretty strong and it will take you some time to bring it down. Since this is time-consuming, the hunters are given plenty of time and space to shoot you. Looking the other way, snatching the hunters and killing is the most effective and efficient way. Because this way, you are reducing the damage as the time passes by since you are killing the hunters one by one.

If you’re new or a beginner at the game, you might be wondering how jumping out of the water and snatching humans work. It’s simple, as long as you acknowledge the respective buttons that trigger this action. When you’re underwater and want to snatch those hunters out from their boats, simply charge towards the surface of the water and when you reach here, change your aiming direction to the front or side of the boat, and then hit the respective button on your gaming platform to make the jump and snatch the humans. These are L2 on PS4, LT on Xbox, and Shift on PC.

This is the basic jump to leap out of the water – the first step to snatching human hunters from their boat. You have to aim and time your jump in such a way that you land on the boat. Once you do manage to land on it, then the next step is to snatch them out of the boat. To do this, press the respective buttons to trigger the action. This is the R1 button on PS4, RT on Xbox, and left mouse button if you’re on PC. You can also do a double jump by hitting the jumping buttons twice.

Summing up our guide, the best way to deal with hunters is to snatch them out of their boats and kill rather than attempting to take down their boats itself. To snatch the hunters out of their boats, simply go to the surface of the water and make the jump using the buttons mentioned above. Once you land on the boat or close to the hunters, press the next set of buttons that triggers the munching action to snatch the hunters. That said, we hope reading the guide above has brought some valuable information and help to you. Please let us know by commenting down below if you have any further queries regarding the same.