In this guide, we will help you in getting acquainted with all the hunters in Amazon’s Crucible game. Although Amazon has long been into the gaming scene, yet it was only limited to tablets and Android smartphones. But now it has made a big jump and is the latest entry to the PC gaming wars. Later this month, the company is about to launch its first big-budget game named as Crucible. It is a sci-fi third-person shooter game in which you could find hints of many other games belonging to this genre.

For example, there are signs of Blizzard’s Overwatch if we talk about shooting aspect. Likewise, the battle arena will make you remember games like Valve’s Dota 2, and there’s also some battle royale feels to it similar to Epic’s Fortnite. Combining and all this, and you are definitely in for a treat. Although Amazon’s Crucible is launching on 20th May, yet we managed to get complete information about all the hunters in the game. So without much ado, let’s check it out. 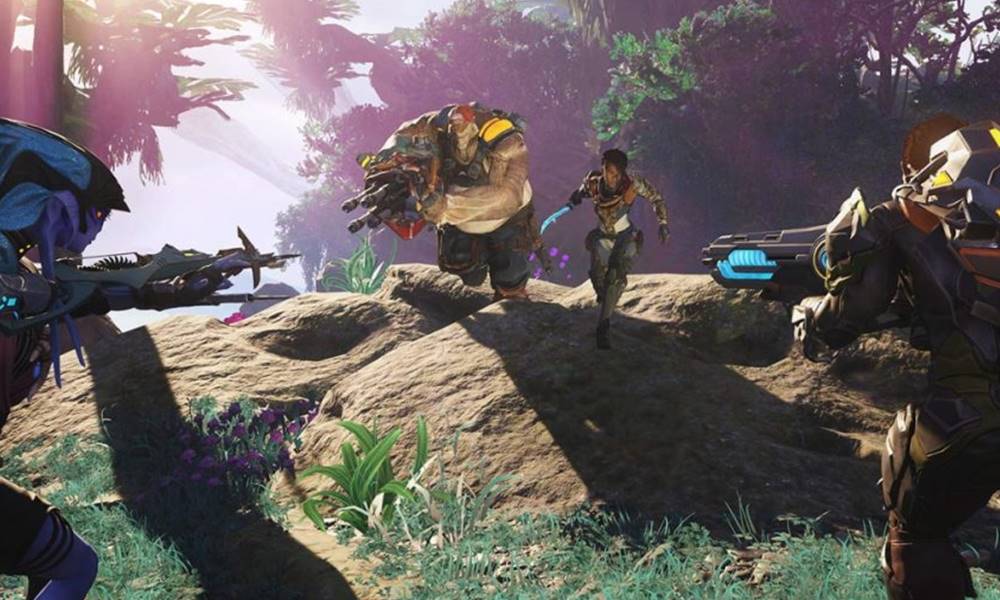 All Hunters in Amazon’s Crucible

There are four different hunters in this game as of now. Each has its own set of powers, special abilities, and talents. Here is everything you need to know about them.

The first one in this list is Ajonah. She belongs to the Orisi peoples which are in turn is a race of amphibian raiders. These groups of peoples always relied on guerrilla warfare tactics. As of now, her main objective is to find new and advanced weapons for all her people. There are constant attacks from her native enemies, so these weapons, if she can find it, will be a big boost to her people. She usually likes to work alone as she has some trust issues with other hunters that work alongside her. Furthermore, she likes to take down the enemies from a long distance, and for that, she makes full use of long-range snipers.

The next hunter in Amazon’s Crucible is Bugg, but don’t get confused by his name, it is one of the most helpful robots present around. Believing the planet to be his garden, he strives to take full care of it from any and everyone that is deemed dangerous or have some evil intentions in mind. But he is equally friendly to his acquaintances as well.

Mendoza is the third hunter in Amazon’s Crucible. He is one tough fighter and has taken part in countless battles. Furthermore, has won quite a lot of battles throughout his lifetime and has made a name for himself and all these fights and combats. All the superiors think of him whenever there’s some combat brewing up.

The fourth and final character in Amazon’s Crucible is a stranded hunter that carries on everyone’s load over his shoulder, well quite literally. Once he was off-loading the cargo and saw the occupants being attacked. To help them out, he assisted with the evacuation process, however, he found to be stranded there, and from then till now, he remains stranded there.

So these were all the hunters available in the Amazon’s Crucible as of now. We have also mentioned their respective special abilities as well. When the game gets released, we might also see additions of new hunters in the game. As and if that happens, we will update the guide accordingly. Do keep checking this space to know more. On that note, here are some iPhone Tips and Tricks, PC tips and tricks, and Android Tips and Trick that you should check out as well.