The developer preview of Android O was launched by Google last week. Well, it will not be called Android O for sure. Google is yet to divulge its true name. Some names that people are anticipating include Ox-tongue Pastry, Ontbijtkoek, Oliebol, Ozark Pudding, Oatmeal Cookie, Orelletes, and what not. The final user-enabled version will not be released until late summer but if you are in a mood to explore Android O then you are in the right place. We will provide a detailed description on how to install Android O on all supported devices.

Should I install Android O?

Knowing that the Android O version is a developer preview, you might be in a dilemma on whether you should download it. Well, Google did not intend for this version of Android O to be available to the general public, but only for developers. They have not even issued the beta through the usual Android Beta over-the-air channel.

But if you are one of those people that love to play around technology, then go ahead and install it. But be sure to keep a backup of all your data as if you make a single wrong move, you might very easily brick your device. 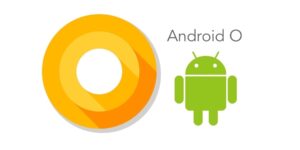 What are the phones compatible with Android O?

The developer preview of Android O is compatible with only certain Google devices:

What previous knowledge should you have?

The developer preview of Android O is released only as a factory image. Like explained previously, this means that you can’t just go to the Android beta page and get the update. The release is intended for developers only.

Now, the first thing you need to accomplish is to unlock the bootloader. It is beneficial if you have previous knowledge of working with the Android SDK (software development kit) and Terminal (OS X or Linux) or Command Prompt (Windows).

Let’s get down to business now. You will need to downloaded an updated Android SDK, the one with Android O tools and images. You can get it below. You will also need the ADB and fastboot files which are located in the Platform Tools folder.

Let’s begin with one of your compatible Nexus or Pixel phones running Android 7.x Nougat. You will need to enable developer settings and USB debugging. The steps are mentioned below: 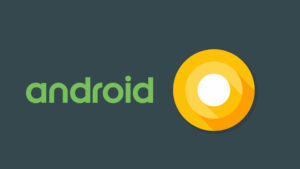 The next activity that you would need to accomplish is to unlock the bootloader. Run the following command upon entering into boot mode of your device.

If you get back a string of characters then it means you are all set to start updating. Now run the following commands to enter into the bootloader menu and unlock the bootloader.

Your bootloader is unlocked!

The next step is to flash the Android O image.

Double check that you are in the bootloader menu, your bootloader is unlocked, and your computer is connected to your device. Then run the following commands:

Flash the updated bootloader with the following command:

Look for a dialog in your terminal or command prompt window. Once the flashing of the bootloader is done, reboot back into the bootloader to make sure everything is still working correctly. Use the command given below:

Now it’s time to flash the updated radios. Please note that this step is necessary only if you need to update the firmware of a device that has inbuilt cellular radios into it.

Finally, time to flash the actual system image to your concerned device.

Now lay down and let your phone restart and boot up normally. As this process removes all data from the concerned device, it will take a little longer for your device to boot up into Android O. But this happens only the first time. Congratulations, You have successfully flashed a new version of the firmware in your device!

If you do not wish to type and enter the commands mentioned above manually, then there are scripts included inside the compressed folder, that contains the system image, that will do most of the work. The flash-all script files will automate the flashing of the bootloader process, radios (if required), and the system image. You only need to make sure that your device/phone is in the bootloader menu and its bootloader must be unlocked before starting the script. Always check for these first. In case that’s not the case, the script files will fail to run.