Good News for Sony Xperia XZ F8331 users. Now you can enjoy AOSP ROM on Sony Xperia XZ based on Android 7.1.2 Nougat. This is a stable AOSP ROM and can be used as a daily drive. Download and install AOSP Android 7.1.2 Nougat on Xperia XZ. You can follow the below guide to install official Android Open Source Code project developed by an XDA recognized developer fastbooking on XDA Forum. 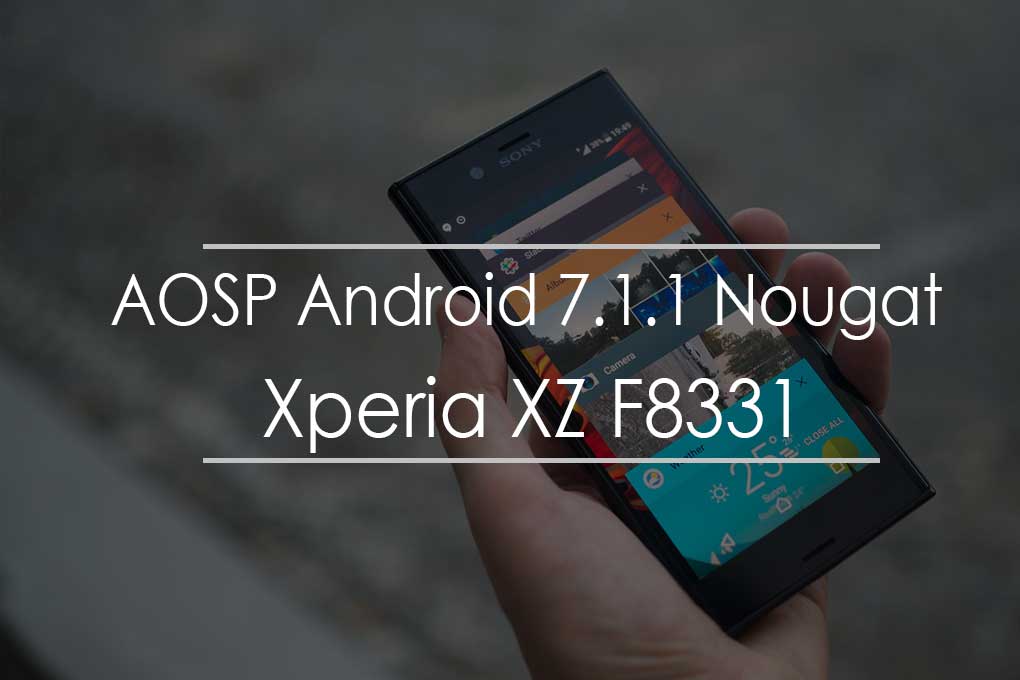 If you dunno what is AOSP, then let us make you understand. AOSP stands for Android Open Source Code Project which means Android Operating system aka Android OS is a Open source where anyone can download it for free and can alter, build using the AOSP. Here AOSP is a Custom ROM developed under the source code, you can experience the Pure Android just like the OS found in Google Pixel and Nexus smartphone.

Android 7.1.2 Nougat was another codename for the new version of Android after Google’s Android 6.0 Marshmallow. It was unveiled on Google I/O 2016. This is the seventh major version of the Android operating system. Google first released Android 7.0 Nougat has a beta build on March 9, 2016 and it was officially released on August 22, 2016. This has a huge incremental and feature on this new update.

What’s Working And What’s Not

Steps for How to Install AOSP Android 7.1.2 Nougat on Xperia XZ