Now you can upgrade to Unofficial AOSPExtended ROM V4.4 For HTC 10. This means you will have a taste of latest Android 7.1.2 Nougat before the official release Stock Nougat for HTC 10. To Install AOSPExtended ROM V4.4 or any custom ROM, you first need to Unlock Bootloader and install TWRP Recovery on HTC 10. This ROM is developed by blackpanther0582, XDA Senior member. Full Credits to him. 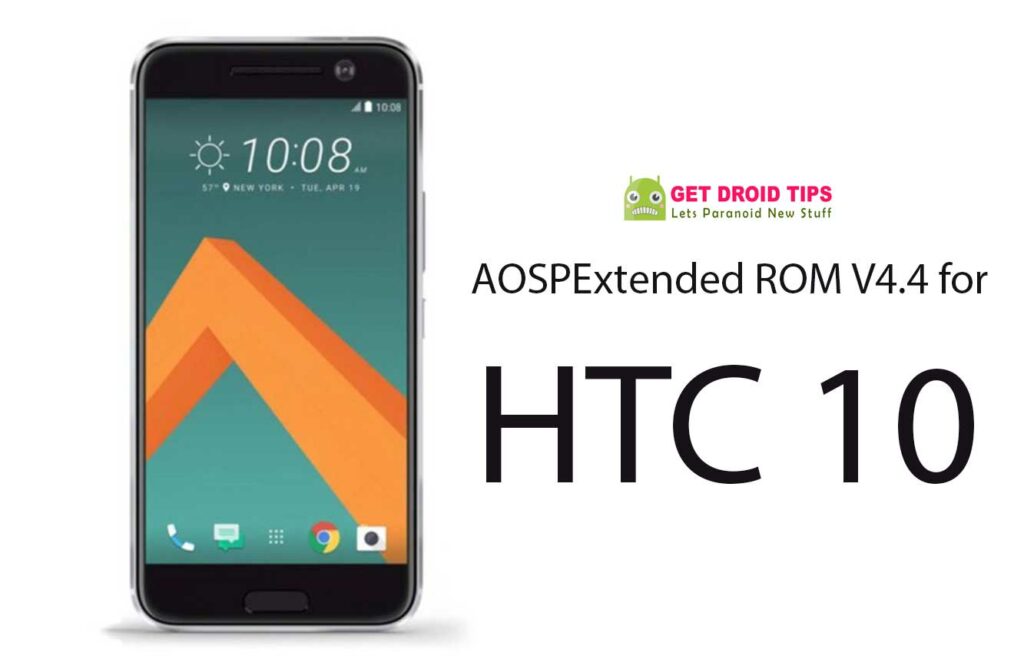 AOSP Extended is an AOSP based ROM which provides stock UI/UX with various customizations features along with the Substratum theme engine. Cherry-picking many commits have made the project from various other projects. Being based on AOSP, it provides a smooth and lag-free experience out of the box. We will continually try to add more features and make it even better in future updates. A ROM by a user, for a user. #StayAOSP #ExtendYourDevice #BeExtended

Here is the Full Guide on How to Install AOSPExtended ROM V4.4 For HTC 10:

That’s it! I hope you have installed the AOSPExtended ROM V4.4 OS on your smartphone. Leave a comment or feedback down below. Thank you!. Source: XDA