We know Google is experimenting with the dark mode for various of its Apps. First, it was the Messages App which received its dark avatar. That was later followed by YouTube as well. We have also seen some glimpse of the dark mode for the Phone App. However, the Phone is yet to get a stable public version update that brings the Dark Mode. So, in the meanwhile, XDA developer martin.077 has developed a modified version of the phone App which runs with the new dark mode. In this post, we bring you the Google phone v25 with Dark Mode. 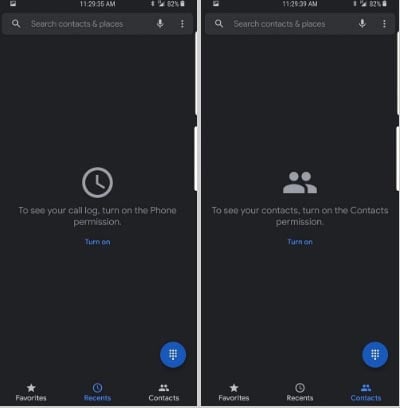 We have added the download link below and also mentioned its working and non- working features.

Here are some useful features this patched App brings about.

As the App is a mod and is in its beta version, it has some bugs.

Here is the unofficial APK download link for the all-new Google Phone v25 mod that enables the dark mode.

How To Install Google Phone v25

You can install it as any other regular APK you install. However, you have to stick to some of the guidelines as well.

So, if you want to experience the hyped dark mode on your Google Phone App, then install the modded APK and try it now.