Sony Xperia X/X Compact is now receiving the Android oreo 34.4.A.0.364 Update. It brings features such as faster boot-up, higher brightness, double tap to wake up etc. The build number as you can guess moves to 34.4.A.0.364 with this Android O upgrade.  Along with that, the device also receives the latest January 2018 Android security patch. As usual, the user gets to experience Android Oreo features such as New app notifications, notification dots on app icons, picture-in-picture mode,  Instant App, Auto-fill API, Faster Android behind the scenes, Better battery life etc. 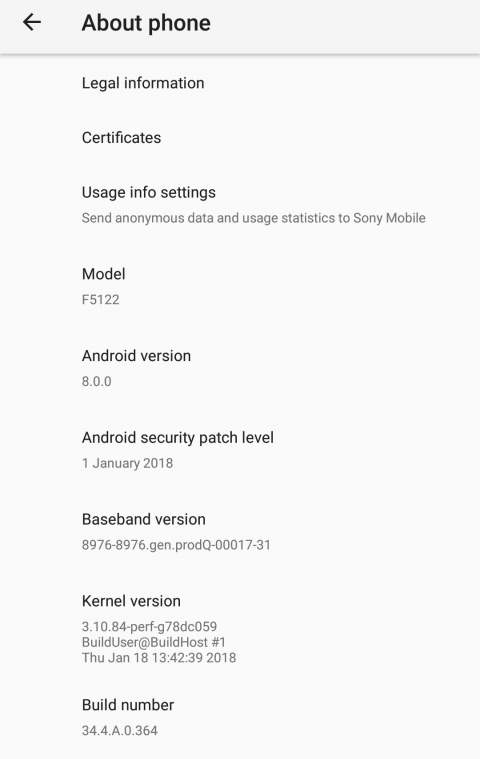 The update is sent OTA (over the air) and if you already have a Stock ROM running on Sony Xperia X/X Compact then you can install Android oreo 34.4.A.0.364 Update. The update has already started rolling out via OTA for some region and you may receive the Android oreo 34.4.A.0.364 Update anytime soon on your phone. We have also provided the FTF firmware update. You can manually download the firmware and install it using the tutorial we have provided below.

Xperia X compact Play is a dual SIM smartphone launched in September 2016. The phone comes with a 4.60-inch touchscreen display with a resolution of 720 pixels by 1280 pixels. It runs on hexacore  Qualcomm Snapdragon 650 processor and 3 GB of RAM. It comes with Android 6.0 Marshmallow out-of-the-box. This device packs a 32 GB of expandable internal storage. The device brings a 23-megapixel primary camera for the rear and 5-megapixel front face camera.