League of Legends just announced its newest champion, Lillia and she shares a lot of common abilities with Zoe, such as slows, snares, and putting enemies to sleep. Her best skill is her ability to inflict damage.

Lillia is also Ivern’s best friend and can use nature, magic, and dreams. She has staff with her that she uses to inflict damage against enemy opponents.

Riot Games will release Lillia along with the Spirit Blossom skin line from 22 July onwards. In this guide, we are going to cover all of Lillia’s abilities and statistics. 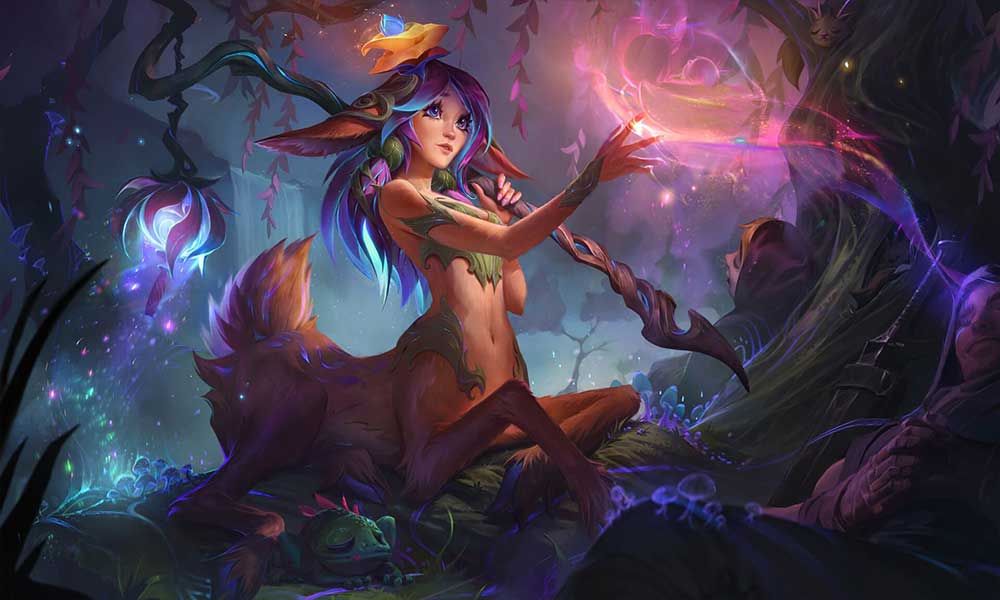 In terms of appearance, Lillia is a balanced mix of fawn and human that resides in the forest. She is very cute to look at and has a strong Scottish accent. It is rumored that she is the illegitimate offspring between Neeko and Hecarim. Lillia can make people’s dreams come true, and in that process, she realized hers and decided to make her own way into the human world. She has a bud on her head, that will light up each time she is filled with joy.

Let’s begin with her base statistics in League of Legends:

Let’s find out about all of Lillia’s abilities in League of Legends: 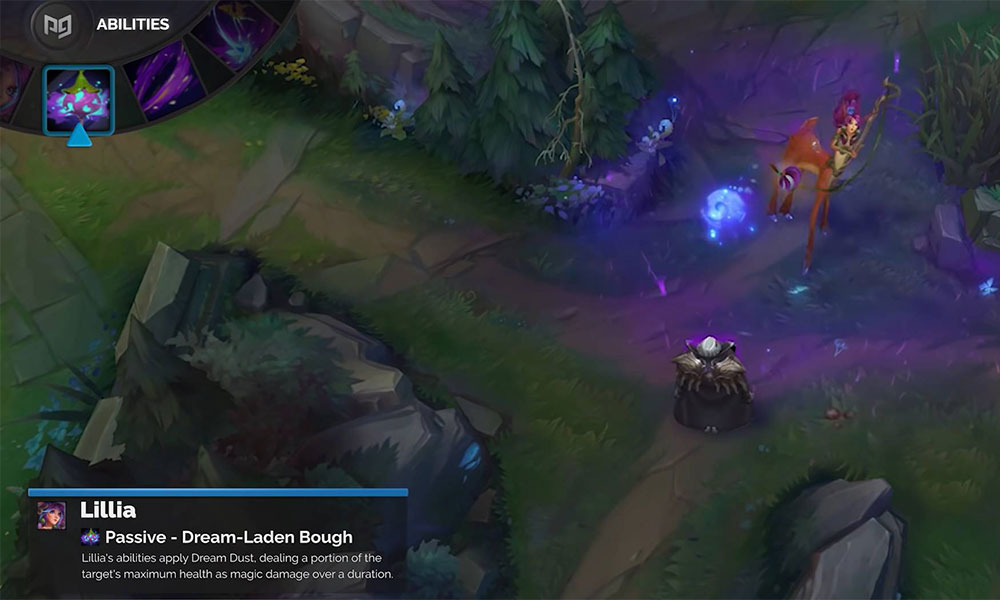 Lillia can apply Dream Dust that can deal with 5% of targets maximum health as magic damage over a couple of seconds against enemies. The damage is capped between 40-100 based on level. 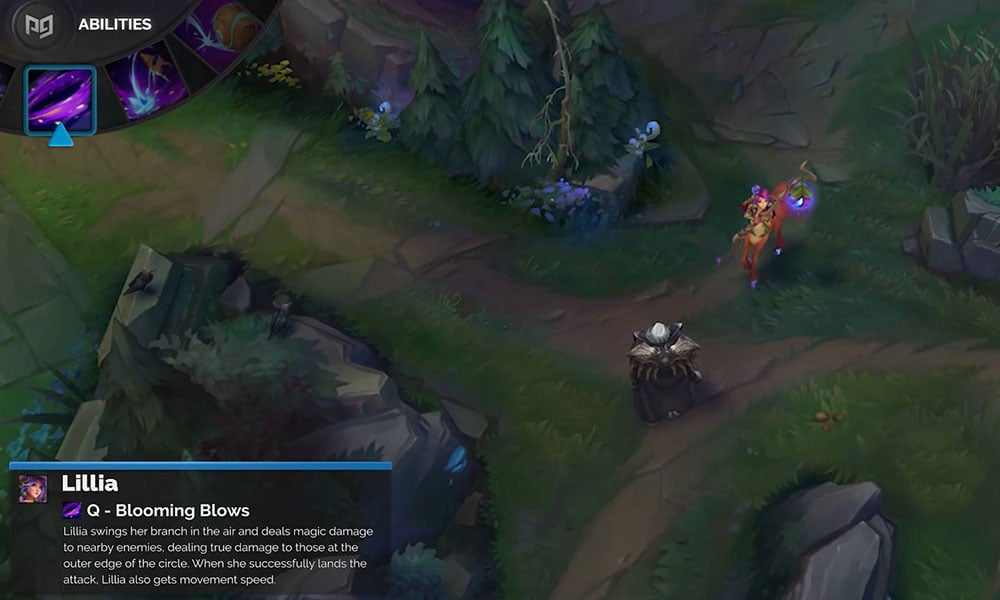 Lillia can swing her shaft and inflict magic damage to all opponents nearby. Those who are in the outer ring of the attack will receive the same as true bonus damage. With each successful attack, Lillia will also gain a prance stack for 5 seconds. For each stack, movement speed will increase. 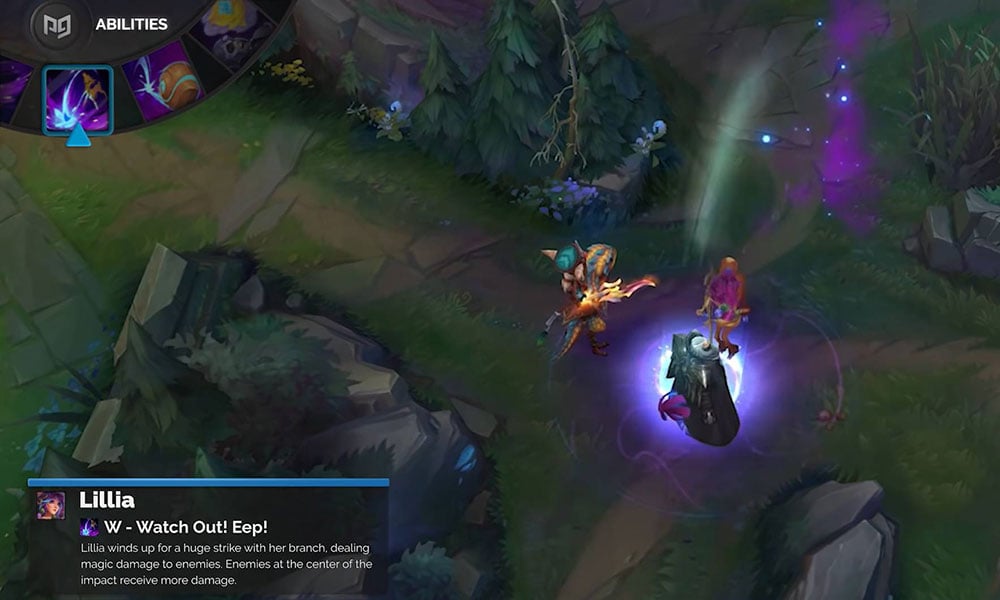 Lillia charges towards the opponents and winds for a strike against all those nearby. Those who are in the center will receive 200% additional damage. 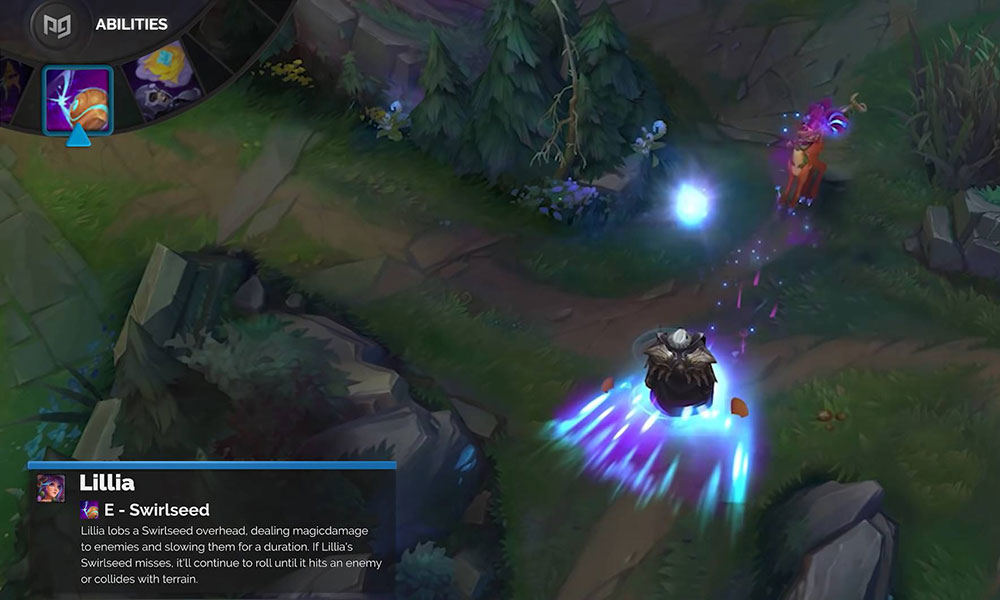 Lillia throws a Swirlseed towards the opponents and will detonate upon impact to inflict magic damage. It will also slow them down and expose them for a brief period of time. Those who are in the center will receive 200% additional damage.

Lillia can put enemy opponents to sleep by casting a lullaby. She can also use dream dust to slow them down. It will also slow them down and expose them for a brief period of time. Those who are in the center will receive 200% additional damage.

You can watch this video for a better understanding of Lillia’s abilities:

This concludes our guide on Lillia and Her Best Abilities in League of Legends. If you liked this, do remember to check our other Windows Guides, Gaming Guides, Social Media, iPhone Guides, and Android Guides to read more. If you have any doubts or feedback, comment down with your name along with the email ID, and we will reply shortly. Also, subscribe to our YouTube Channel for awesome videos related to Android and Gaming. Thank you.