If you’re a hi-tech trade event lover then the second half of the year is going to be quite interesting as the IFA 2018  in Berlin, Germany, will see Lenovo showcasing many of their new devices. As per leakster Roland Quandt of WinFuture.de, the Yoga C930 (the most powerful convertible of the Yoga line-up) is also expected to be part of the event. The new model follows the footsteps of the Yoga 920 that was showcased at the IFA 2017, just with the highly improved spec sheet. The new 2-in-1 is expected to be light as a feather at barely 1.38 kgs and still will have a big 13.9-inch display that will be touchscreen support and a very high detailed 4k of 3840 x 2160 pixel resolution. 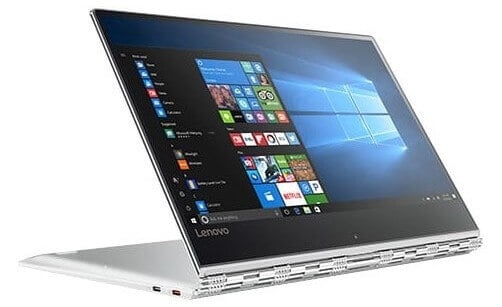 Apart from these, The company will launch the Notebook with 8 GB or 16 GB of RAM and SSD of 256 to 512 GB is available as per the configuration you pick. The notebook is said to support a USB-A port as well as a USB 3.1 port and two USB-C Thunderbolt 3 port and a dual-band Wi-Fi connection with 3.5 mm audio jack. The Yoga C930 expected to come with an improved battery over the company’s last year Yoga 920, with a capacity of 70 Wh. Yes, with such configurations and features it’s a top-end device so a price tag of €1600 is expected to be attached when it hits the European shelves.