Updates on July 18, 2020: Finally, the Android 10 (LG UX 9.0) stable update is now live for all the users of LG G8X ThinQ smartphone in Japan. The update has been pushed via OTA and weighs in around 1.31 GB in size. So, users who are in Japan are advised to download this Android 10 update for the LG G8X ThinQ on a stable internet or WiFi connection. The update also bumps the security patch level, but it is not sure which month patch it is. Here is the official changelog:

Updates on July 4, 2020: The latest reports suggest that, LG has pushed the Android 10 (LG UX 9.0) stable update for LG G8X ThinQ in Germany as well. It is seeded with version number V20a-EEA and has been pushed via OTA. Users of LG G8X ThinQ should get the Android 10 update over the air. For more info, you can head over here.

Updates on June 5, 2020: If we go by the recent user’s reports, the Android 10 update for the AT&T variant of the LG G8X ThinQ is now rolling out via the LG Bridge software. Notably, the update has not been pushed as you would expect traditionally to arrive via OTA, but it was detected by the AT&T LG G8x ThinQ users using the LG Bridge software. If you also happen to have the AT&T LG G8X ThinQ then, you might as well go ahead and check for the Android 10 update for your device. The update also adds the latest LG UX 9.0 for the phone. Talking about the Android 11 update, since the phone came with Android 9 Pie out of the box, it should ideally pickup the Android 11 update whenever Google pushed it out.

Updates on June 3, 2020: Finally, the Android 10 (LG UX 9.0) update is now rolling out for the LG G8X ThinQ users. Notably, the update is currently live in Brazil and is expected to be pushed for other regions in the near future. The update has been pushed via OTA and is arriving with the version number V20a. Due to the unavailability of a changelog, we are not sure as to what this new update brings in for the device. But, you can expect all the core Android 10 as well as the LG UX 9.0 features for the phone.

Updates on May 28, 2020: So, its time for the Android 10 update (LG UX 9.0) rolling out for the LG G8X ThinQ in Canada. The update has been reportedly pushed for the carrier networks in Canada. The update, as usual, has been pushed via OTA in batches and will take some time in hitting all the units.

Updates on March 23, 2020: Android 11 is soon going to be in beta stage on June 3, and Google is all prepped up for rolling out the update. Now, those of the LG G8X ThinQ owners that were waiting for the Android 10 update on their devices in Canada, some good news is around the corner. Notably, the Telus carrier network on its official website has updated information related to Android 10 for the LG G8X ThinQ. As per the website, the update for the LG G8X ThinQ will be pushed for the device on May 27, 2020 in Canada. For more information, you can head over to the official Telus website. So, the users of the LG G8X ThinQ will soon get their hands on the latest Android 10 OS (LG UX 9.0) and will be able to enjoy the latest features.

Updated on March 05, 2020: Today Sprint carrier rolled February 2020 patch for LG G8X ThinQ which does not mean any delay or postponement in the release of Android 10 update, it does cast doubt on its imminent release.

Updated on September 22, 2019: The South-Korean tech brand LG has recently launched another new dual-screen foldable smartphone called LG G8X ThinQ. It features dual 6.4-inches Full-HD+ displays with a 19.5:9 aspect ratio. This is a flagship-grade smartphone from LG that comes with Snapdragon 855 SoC and Android 9.0 Pie out-of-the-box over LG UX 8.0 skin. If you’re going to buy it or planning to buy later then you should read this article completely. Now, as we all know that Android 10 (aka Android Q) has been released officially and rolling out to some of the devices. Here in this article, we will share the details of LG G8X ThinQ Android 10 Q Release Date and features in brief.

Watch The Video on What’s new on Android 10

As we already mention that the LG G8X ThinQ comes with the Android Pie version, the device users may ask this question that when the handset will get Android 10 Q update. Though LG isn’t that consistent or fast enough to provide software updates to its devices even flagship devices, we can expect that the update will arrive soon. The G8X ThinQ was announced at IFA 2019 event in September with foldable dual-screen. The hinge technology is cool and seems durable too but the device doesn’t look a premium one or easy to use. 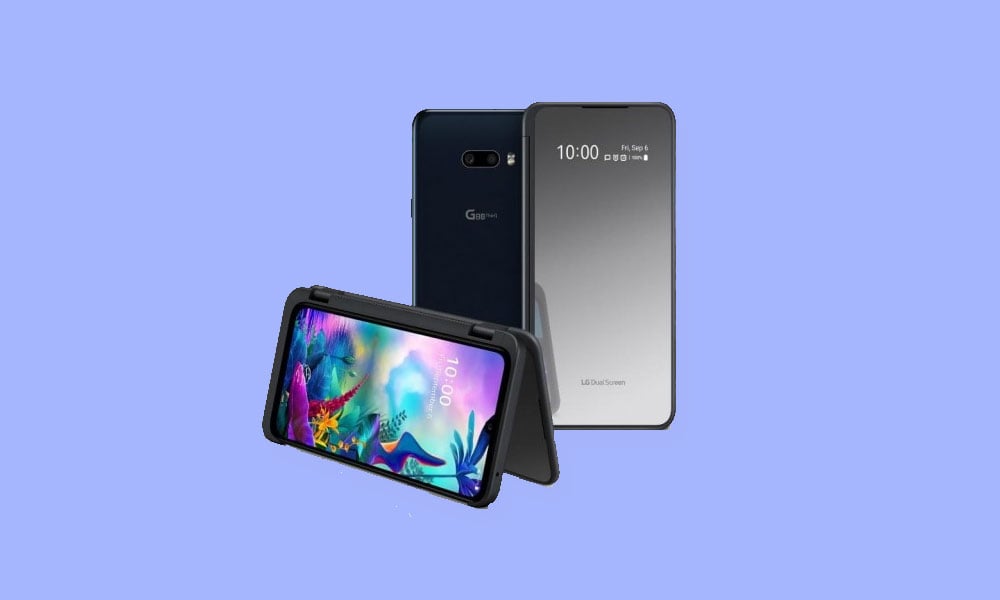 For a more detailed guide, check out the Top 10 Android 10 features from here.

The LG G8X ThinQ device comes with a dual 6.4-inch OLED FullVision display which offers a 19.5:9 aspect ratio at a resolution of 1080×2340 pixels. It’s powered by an octa-core Qualcomm Snapdragon 855 chipset, coupled with 6GB of RAM and 128GB of internal storage. The storage is expandable up to 2TB via a MicroSD card. It has IP68 water and dust protection rating.

The LG G8X ThinQ packs a 12MP primary camera with an f/1.8 aperture lens, a secondary 13MP camera with an f/2.4 aperture lens along with with an LED flash and autofocus. It sports a 32MP selfie shooter on the front side with an f/1.9 aperture lens. It also has Stereo speaker, 32-bit Hi-Fi Quad DAC, DTS:X 3D Surround Sound, and a 3.5mm audio jack. The phone measures 159.30×75.80×8.40mm and weigh around 192 grams. It has launched in a single Aurora Black color option.

Android Q (known as Android 10) is the most recent Android versions in Google’s Android OS. It’s the successor of the previous generation Android 9 Pie version and the 10th iteration of Android OS. Google has recently launched the Android 10 Q officially this year and rolling out to plenty of devices. Surprisingly, Google doesn’t name Android 10 version to any dessert item which we have seen for so many years.

The update is available for some flagship devices like Pixel series phones, Essential PH officially. While the developer beta updates are available for OnePlus 7/7 Pro and Redmi K20 Pro devices as well. While brands like Nokia, Motorola will also try to deliver a faster software update to its Android One-powered devices as well.

Now, we have already discussed above that LG isn’t fast or frequent enough in terms of providing software updates or security patches to its devices. Even LG’s flagship devices take too much time to receive stable major Android version updates than other devices. Meanwhile, the updates come with bugs which users don’t like at all after waiting for a long. However, as the LG G8X ThinQ is a newly launched flagship device which runs on Android 9.0 Pie, we can expect that LG will definitely release the latest software update for this model.

It may arrive by the end of this year or Q1 2020 expectedly. Still, we have to wait for the official announcement.