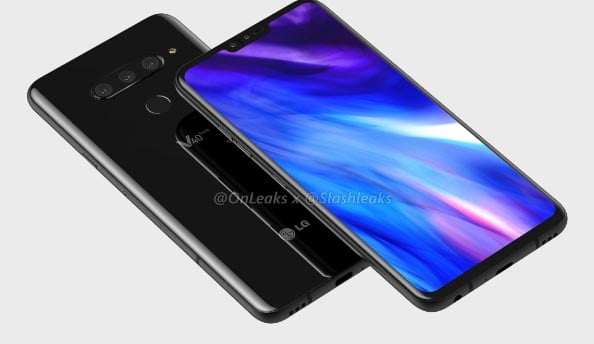 LG V40 will pack the flagship favorite Snapdragon 845 SoC from Qualcomm teaming up with a RAM of 6 GB. There will be two options for device storage, 64 GB, and 128 GB. It will flaunt a QHD+ P-OLED display of 6.4 inches with 19.5:9 aspect ratio.

The camera section of the LG V40 has been revealed since the previous post. There will be five-camera set-up with three on the rear and two on the front face. The lens on the back panel will be of 12MP+ 16MP +12MP. The front camera will sport two lenses of 8 MP + 5 MP. This 3 camera set-up is not new as Huawei already has devices with a similar set-up.

There is no information on whether LG V40 will run Android Oreo or Pie out-of-the-box. Though we will like to bet on Android 9.0 Pie. LG V40 will be the first in the V series devices to feature Stereo Speaker Boombox and Quad DAC. The device will get its power from a 3300 mAh battery. As of now, there is no lead on its pricing and we expect it to be in the usual flagship range.

So, what is your opinion on the LG V40 specifications..? Do you think it will be able to butt heads with other high-end devices out in the market..? Share your views with us about the LG V40.