Lenovo Vibe K6/K6 Power smartphone was launched in September 2016. The smartphone came out of the box with Android Marshmallow and later upgraded to Nougat OS. Earlier we shared Lineage OS 14.1 for this device based on Android Nougat. Now you can enjoy the Lineage OS 15 for Lenovo K6/K6 Power. Google released the latest Android 8.0 Oreo for Pixel and Nexus supported device. If you still wondering whether your device will receive Android Oreo update, then check the full list of officially supported device from the manufacturer. In case if your phone has currently outdated and you want to upgrade to latest Android Oreo, then here are the list of an official and unofficial version of Android 8.0 Oreo developed by LineageOS team.

In this post, we will guide to install Lineage OS 15 for Lenovo Vibe K6/K6 Power (karate). This update is under development. Currently, we haven’t tested this ROM yet. As per the record, Developer claims that the most of the bugs are fixed and will be available as a daily drive very soon. 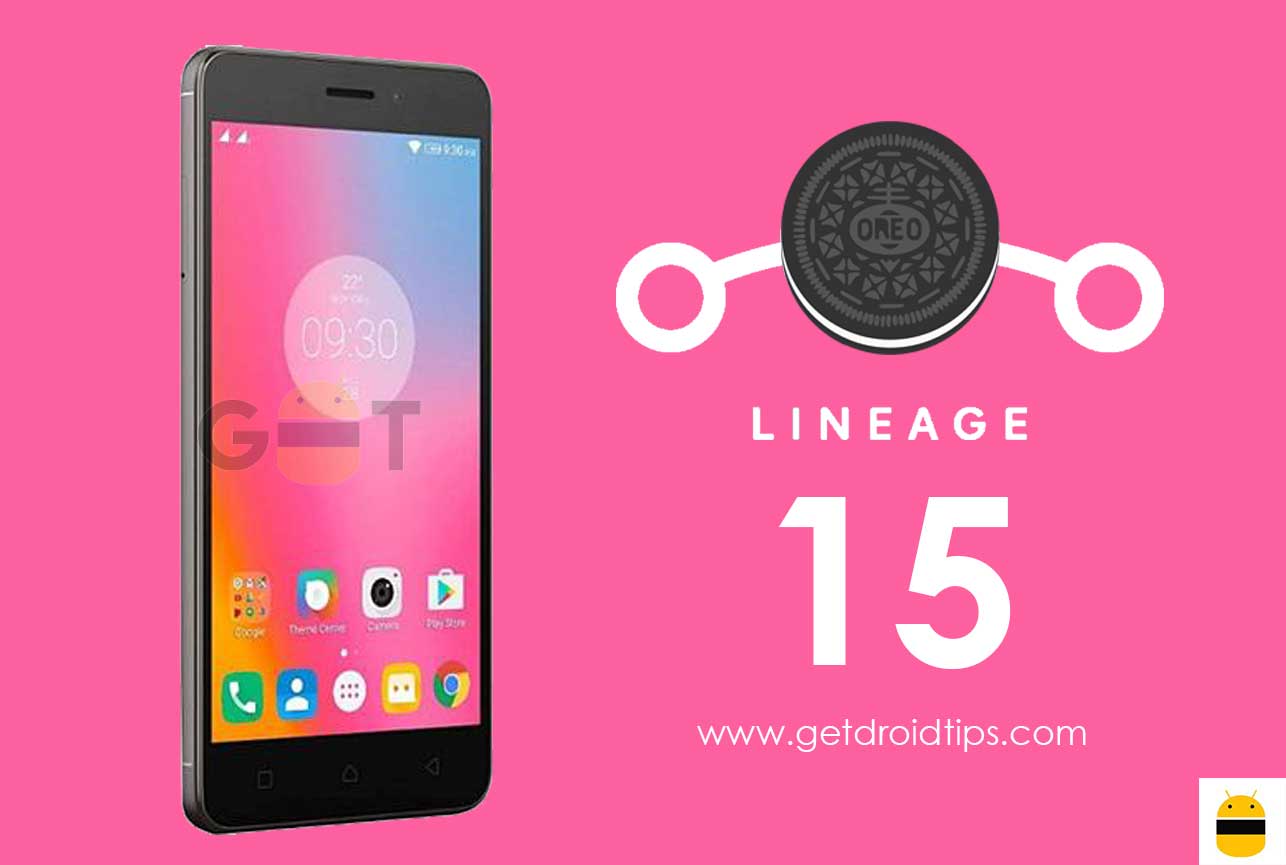 This ROM is developed by XDA Senior member, karthick mostwanted,. So full credits go to him for his hard work on this project. We glad that he could bring a Custom ROM Android 8.0 based Lineage OS 15. Check the full differences between Stock and Custom ROM here.

Recently released Android is known as Android 8.0 Oreo. This is a successor of Android Nougat and comes with many new features such as Picture in Picture mode, New Android O Emoji style, New Notification UI, Settings Overhaul changes, etc. So today we will guide to install the Lineage OS 15 for Lenovo K6/K6 Power (karate). LineageOS 15 is based on Android 8.0 Oreo. Find the list of all LineageOS 15 Supported device.

LineageOS 15 is based on the latest upcoming version of Android 8.0 Oreo. Android Oreo is been currently released only for the Google Pixel and Nexus device and we can expect the official rollout of Android Oreo for most of the other devices in the end of 2017 or before June 2018. In this guide, we will guide to install Lineage OS 15 for Lenovo K6/K6 Power. Download and Install Lineage OS 15 for Lenovo K6/K6 Power (karate).

That’s it! I hope you have installed the Lineage OS 15 for Lenovo K6/K6 Power. Leave a comment or feedback down below. Thank you!.