Motorola launched Moto G5S and GS Plus. It is a successor of Moto G5S and G5S Plus which was released a few months back.  Finally, A Good news for all Moto G5s Plus (sanders) users. Now you can enjoy the Lineage OS 15 for Moto G5s Plus. Earlier we had also shared Lineage OS 14.1 (Nougat) for Moto G5s Plus. Now Google has released the latest Android 8.0 Oreo for Pixel and Nexus supported device. If you still wondering whether your device will receive Android Oreo update, then check the full list of officially supported device from the manufacturer.

Moto G5S Plus was launched recently with a big upgrade to the earlier released Moto G5 Smartphone. Both the Moto G5S and Moto GS Plus brings the latest trended Dual Camera set up in the rear for better camera experience. Moto has put the all-metal body design to the new Moto G5S and G5S Plus. It has a rounded camera just like Moto Z and Z Play. From all Aluminium Body, Moto G5S Plus features a 5.5-inch IPS LCD touchscreen with 1080 x 1920 pixels display whereas Moto G5S Comes with 5.2-inch. It is powered by Qualcomm Snapdragon 625 SoC coupled with 4GB of RAM and storage with 64GB with microSD card support with up to 2 TB. The Moto G5S Plus is backed by 3000 mAh battery.

The Moto G5S Plus sports a dual camera with 13 MP rear camera with f/1.7, autofocus, and dual-LED flash and a 5MP front camera with a wide-angle lens. The smartphone runs on Android 7.0 Nougat out of the box. The thickness of the phone is 7.7mm thin and weighs 155.00 grams. Other Connectivity options include Dual Sim, Wi-Fi, GPS, Bluetooth, FM, 3G, and 4G VoLTE.

In case if your phone has currently outdated and you want to upgrade to latest Android Oreo, then here are the list of an official and unofficial version of Android 8.0 Oreo developed by LineageOS team and developer. In this post, we will guide to install Lineage OS 15 For Moto G5s Plus (sanders). This is an alpha-beta ROM, so don’t expect a stable very early development stage.

This ROM was shared by an XDA member vache. We glad that he found this Android 8.0 based Lineage OS 15 from the internet. Check the full differences between Stock and Custom ROM here.

Recently released Android is known as Android 8.0 Oreo. This is a successor of Android Nougat and comes with many new features such as Picture in Picture mode, New Android O Emoji style, New Notification UI, Settings Overhaul changes, etc. So today we will guide to install the Lineage OS 15 for Moto G5s Plus (sanders). LineageOS 15 is based on Android 8.0 Oreo. Find the list of all LineageOS 15 Supported device. 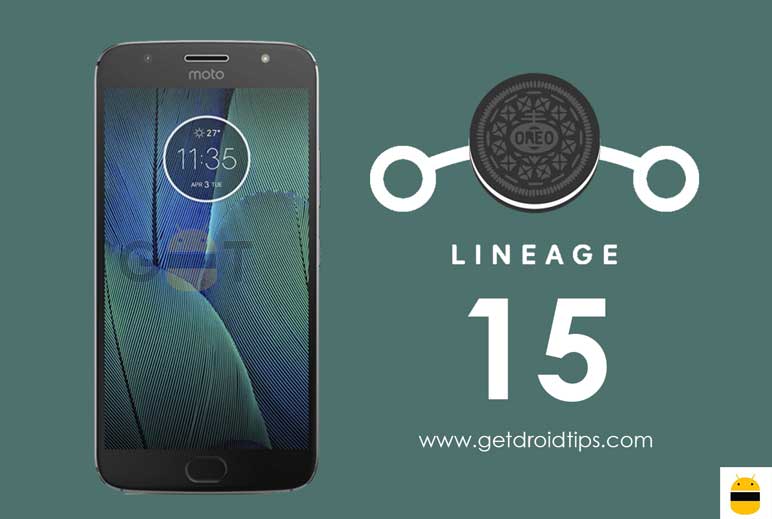 Download And Install Lineage OS 15 For Moto G5s Plus [sanders]

LineageOS 15 is based on the latest upcoming version of Android 8.0 Oreo. Android Oreo is been currently released only for the Google Pixel and Nexus device and we can expect the official roll out of Android Oreo for most of the other devices in the end of 2017 or before June 2018. In this guide, we will guide to install Lineage OS 15 For Moto G5s Plus. Download and Install Lineage OS 15 For Moto G5s Plus (sanders).

Status of Development of Moto G5s Plus LineageOS 15

Steps to Install Lineage OS 15 For Moto G5s Plus (sanders)

That’s it! I hope you have installed the Lineage OS 15 For Moto G5s Plus. Leave a comment or feedback down below. Thank you!.