LG G7 ThinQ (Codenamed judyln) was launched in May 2018. The phone came out of the box with Android 8.0 Oreo and later upgraded to Android Pie. Finally, here is a big update. Now you can download and install Lineage OS 16 on LG G7 ThinQ. Before upgrading make sure to take a complete backup of data on your device or create a Nandroid backup using TWRP Recovery.

In order to install Lineage OS 16 on LG G7 ThinQ, your device should have Bootloader Unlocked and should be running on the latest TWRP Recovery. Thanks to one of the XDA Members J0SH1X for sharing the firmware file and installation steps. Follow our guide on how to upgrade, but before that. Let’s take a look at the features of Android 9.0 Pie and Lineage OS 16. 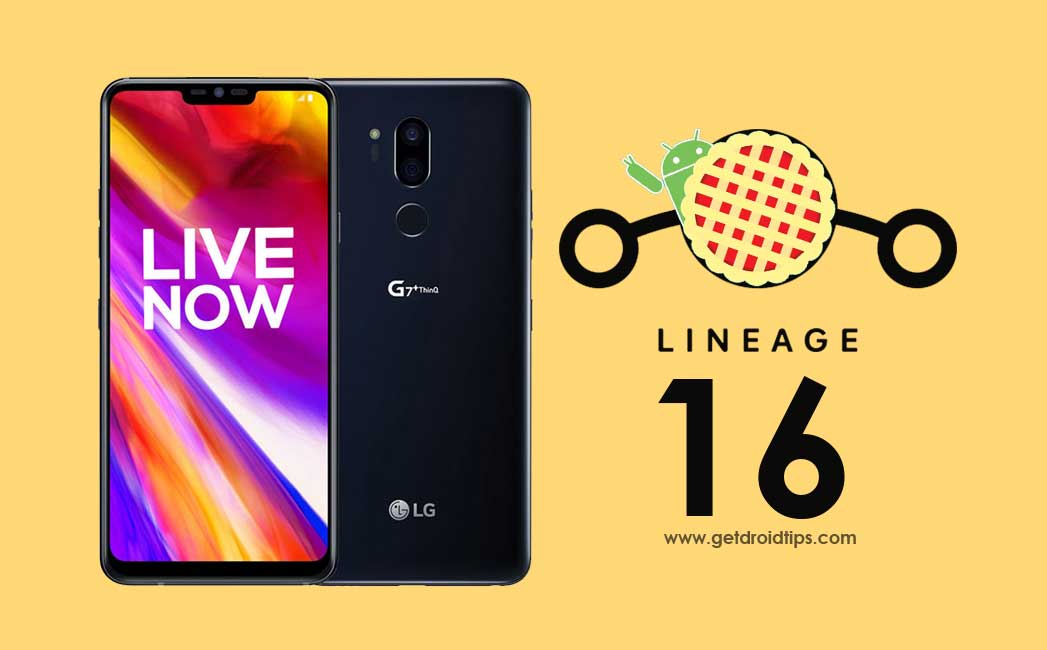 That’s it! I hope you have installed the Lineage OS 16 on LG G7 ThinQ. Leave a comment or feedback down below. Thank you!.

Talking about the specifications, Oppo LG G7 ThinQ features a 6.3-inch IPS display with a screen resolution of 1080 x 2340 Pixels. It is powered by Qualcomm Snapdragon 660, 64-bit Processor coupled with 4/6/8GB of RAM. The phone packs 64/128GB internal memory with expandable storage support of 256GB via microSD card. The camera on the Oppo LG G7 ThinQ comes with a dual 16MP + 2MP rear camera with dual-LED dual-tone flash and 16MP front camera for selfies. It is backed by a Non-removable Li-Po 3500 mAh battery. Oppo LG G7 ThinQ also has a fingerprint sensor on the back.