Realme 2 Pro (Model No: RMX1801) was launched in September 2018. The phone came out of the box with Android 8.1 Oreo. Finally, here is a big update. Now you can download and install Lineage OS 16 on Realme 2 Pro. Before upgrading make sure to take a complete backup of data on your device or create a Nandroid backup using TWRP Recovery.

In order to install Lineage OS 16 on Realme 2 Pro, your device should have Bootloader Unlocked and should be running on the latest TWRP Recovery. Thanks to one of the XDA Members nitish159 / SAMAR VISPUTE for sharing the firmware file and installation steps. Follow our guide on how to upgrade, but before that. Let’s take a look at the features of Android 9.0 Pie and Lineage OS 16. 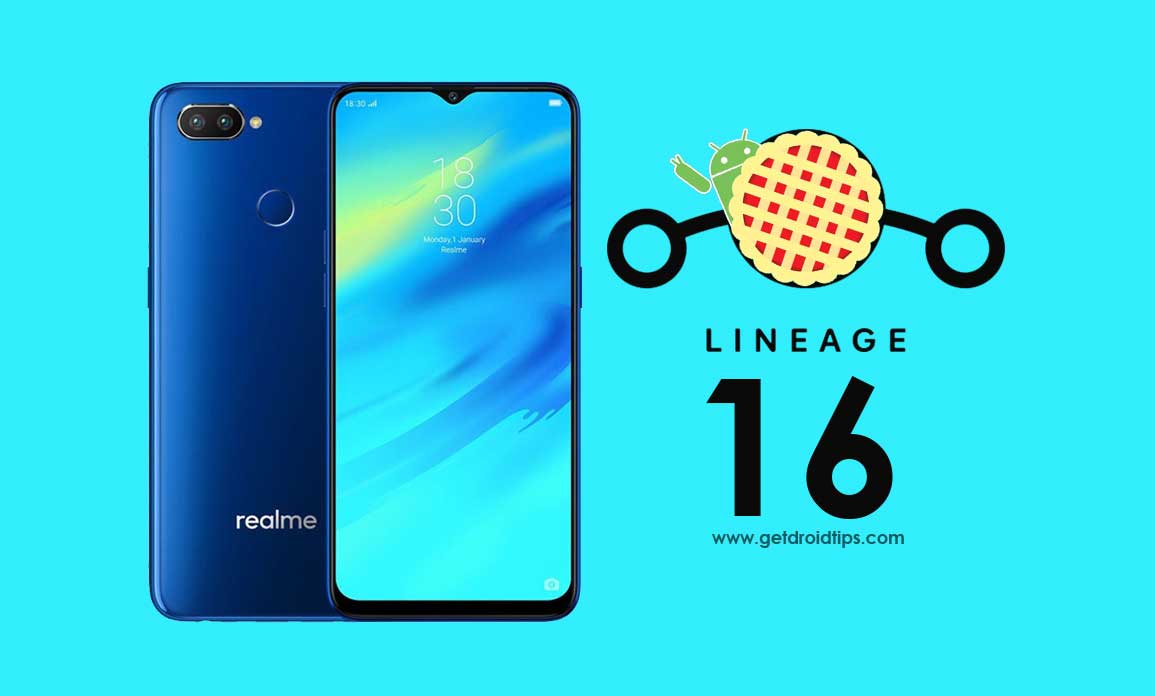 That’s it! I hope you have installed the Lineage OS 16 on Realme 2 Pro. Leave a comment or feedback down below. Thank you!.

Talking about the specifications, Oppo Realme 2 Pro features a 6.3-inch IPS display with a screen resolution of 1080 x 2340 Pixels. It is powered by Qualcomm Snapdragon 660, 64-bit Processor coupled with 4/6/8GB of RAM. The phone packs 64/128GB internal memory with expandable storage support of 256GB via microSD card. The camera on the Oppo Realme 2 Pro comes with a dual 16MP + 2MP rear camera with dual-LED dual-tone flash and 16MP front camera for selfies. It is backed by a Non-removable Li-Po 3500 mAh battery. Oppo Realme 2 Pro also has a fingerprint sensor on the back.