The Allview P10 Pro smartphone released in April 2019. It is powered by Mediatek MT6739 chipset, 3 GB of RAM, 3000 mAh battery and 32GB of internal storage. It runs on Android 8.1 Oreo out of the box. Today we will guide you on how to install the Lineage OS 17.1 on the Allview P10 Pro device by following our guide. 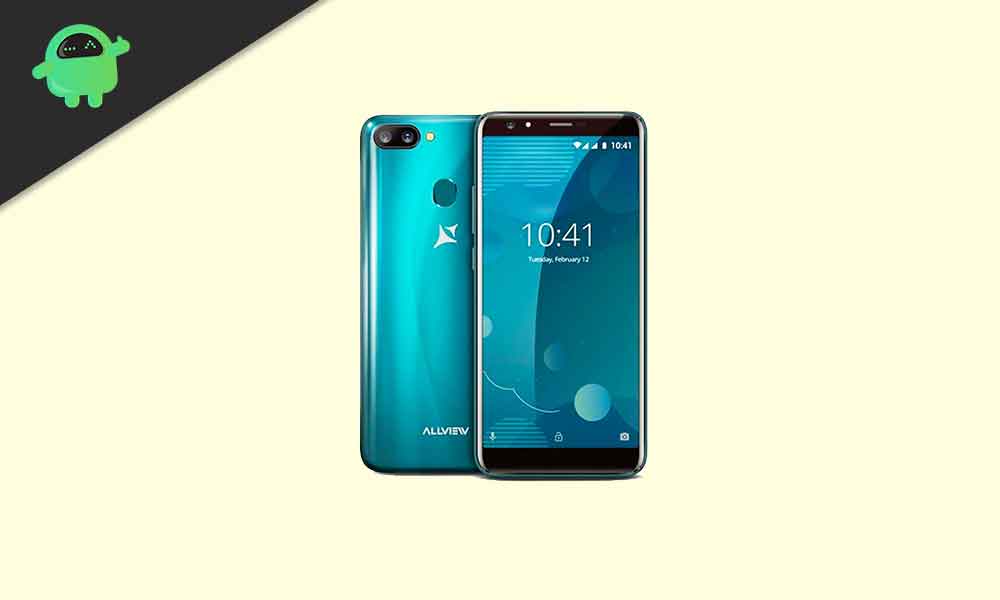 The Allview P10 Pro sports a 5.99-inch IPS LCD display with an HD+ resolution and without any notches. The display has an aspect ratio of 18:9, a pixel density of 269 Pixel Per Inch (PPI), a screen to body ratio of 74.9% and with 720 x 1440 pixels. Underneath the Allview P10 Pro, it sports the MediaTek MT6739 SoC which is built on the 28nm process. This is a quad-core SoC and inside this, it has four Cortex A53 cores which clock at 1.5GHz. To the GPU side, it has the PowerVR GE8100 which clocks at 570 MHz. The device has 3GB of RAM and 32GB of eMMC 5.1 internal storage. Further, the internal storage is expandable via a micro SD card up to 128GB. The device has a dedicated micro SD card slot for this. With this slot, you can insert two SIM cards and a micro SD card too

Coming to the optics department, the Allview P10 Pro has a dual rear camera setup which is placed vertically just like the Xiaomi Mi A1. This dual rear camera setup includes a 13MP primary sensor that supports autofocus. Further, it has a secondary sensor with QVGA resolution. This rear camera can shoot videos up to 1080 @ 30 fps. It also comes with support for taking HDR photos, touch focus, LED flash. To the front, the device comes with an 8MP sensor with which you can take selfies and attend video calls. For assisting this selfie cam, there is also an LED flash.

The Allview P10 Pro packs a 3,000 mAh battery which is of Li-Pro type. The device has a micro USB port just like other smartphones in this price segment. Sadly, it only comes with 5W charging that means it has the 5V and 1A charger. The brand claims up to 300 hours of stand by time and 1200 minutes of Talktime. The device runs on the Android 8 Oreo Go edition. This means that the OS isn’t pretty heavy. Coming to the biometric options available in the device, it has a physical fingerprint sensor that sits at the rear. This device has also some gestures which the brand calls as smart gestures that ease the use of the smartphone.

Connectivity options include Wi-Fi 802.11 b/g/n, hotspot, Bluetooth 4.2, A2DP, LE, GPS with A-GPS, FM radio, and micro USB 2.0. The sensors on this device include accelerometer, proximity, magnetic and finally the light sensor. The device is only available in a single color option which is in the Dark Green option. Talking about the dimensions, it measures around 161.5 x 76.5 x 8.8 mm (6.36 x 3.01 x 0.35 in) and weighs about 182 grams. The brand still retains the 3.5mm headphone jack.

Well, LineageOS 17 will be based on the latest Android 10 and it comes with all the Android 10 features and Lineage customization options which allows users to be more advanced. Now you can enjoy Lineage OS 17.1 on Allview P10 Pro by flashing this custom ROM.

First, unlock the Allview P10 Pro bootloader and flash the latest TWRP Recovery. Here we have mentioned all the requirements and download links to flash the Lineage OS 17.1 on Allview P10 Pro.

We hope that this guide is helpful to you and you have successfully installed the Lineage OS 17.1 on your Allview P10 Pro handset easily. If in case anything goes wrong or if you have any queries, feel free to ask in the comments below.