Leagoo S10 was launched in the year 2018 with Android 8.1 Oreo out of the box. If you are looking for a new custom ROM for the device, then you are in the right place. Today, we will guide on how to install Lineage OS 17.1 on Leagoo S10 based on Android 10 GSI. Well, after the Android 8.1 update, most of the devices that came out officially supports the GSI.

Well, GSI stands for Generic System image which is an unmodified Android Open Source Project (AOSP) code, runnable on a variety of Android devices that has treble support. If you are using the Leagoo S10, then you can follow this guide to install the Lineage OS 17.1 on your device. As we already said, this build is based on Android 10, which is Google’s 10th version of Android OS with plenty of new features and system UI changes. 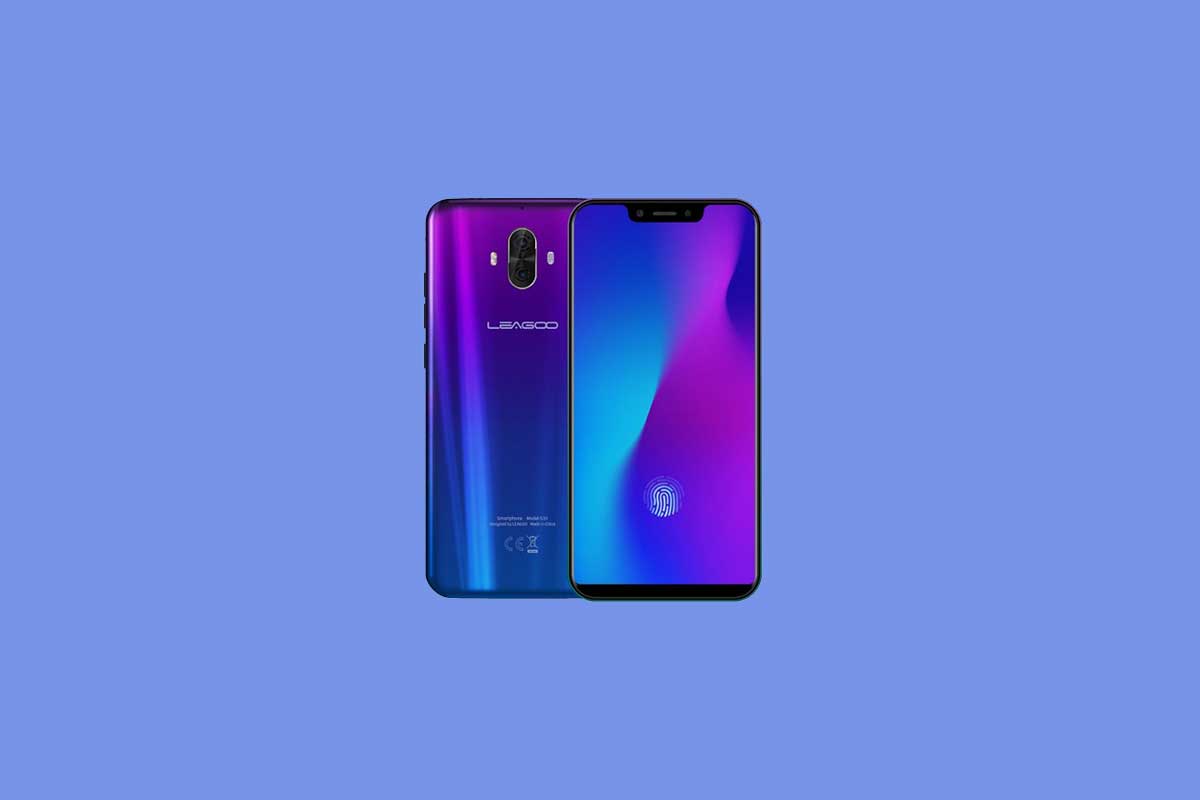 The Leagoo S10 sports a 6.21-inch AMOLED notch display with a Full HD+ resolution and an aspect ratio of 18:5:9. This notch is a regular notch and is small compared to the notch in iPhones. The smartphone has a resolution of 1080 x 2248 and a pixel density of 402PPI.

Underneath the Leagoo S10, it sports the MediaTek Helio P60 chipset; To the GPU side, it has the Mali-G72 MP3 GPU which clocks at 800MHz. The Leagoo S10 sports 6GB of LPDDR4X RAM and 128GB of Internal Storage. Further, this internal storage is expandable via a micro SD card up to another 128GB. The device has a hybrid SIM card slot setup i.e. you can insert two nano-SIM cards or a nano-SIM card & a micro SD card.

The Leagoo S10 packs a 4,050 mAh battery which supports wireless charging tech. It also supports fast charging up to 9V and 2A.  It is running on the Leagoo OS which is based on the Android 8. The device is available in only a single color option which is Blue. Coming to the dimension, it is around 76.2 mm x 155.2 mm x 8.6 mm and weighs around 160 grams. The sensors in this device include Accelerometer, Compass, Hall, Light sensor, and Proximity, Gyroscope, G-sensor.

As said above the Leagoo S10 has an in-display fingerprint scanner and also has face unlock as a part of the security measure. Connectivity options include Wi-fi a, b, g, n, n 5GHz, Dual-band, Wi-Fi Hotspot, Wi-Fi Direct, Bluetooth V4.2, GPS with A-GPS, GLONASS, BDS, USB 2.0, USB Type-C, and FM radio. Unfortunately, it doesn’t have a headphone jack and the brand provides a 3.5mm adapter. The box contents include Phone, User Manual, Protective Case, USB Cable, and USB Type-C to 3.5mm Jack Adapter.

Well, LineageOS 17 will be based on the latest Android 10 and it comes with all the Android 10 features and Lineage customization options which allows users to be more advanced. Now you can enjoy Lineage OS 17.1 on Leagoo S10 by flashing this custom ROM.

First, unlock the Leagoo S10 bootloader and flash the latest TWRP Recovery if your device is supported. Here we have mentioned all the requirements and download links to flash the Lineage OS 17.1 on Leagoo S10.

We hope that this guide is helpful to you and you have successfully installed the Lineage OS 17.1 on your Leagoo S10 handset easily. If in case anything goes wrong or if you have any queries, feel free to ask in the comments below.

You can always revert back to Stock ROM by flashing Stock ROM on Leagoo S10.
Related Articles: