List of All Custom ROM for Lava iris X1 Grand : Lava iris X1 Grand launched in February 2015. It features a 5-inches display with a screen resolution of 854 x 480 pixels. The phone is powered by a quad-core MediaTek MTK6582M processor clocked at 1.3GHz. It is clubbed with 1 GB of RAM. The Lava iris X1 Grand packs an 8GB of internal storage with an expandable storage option of 32GB.  It runs on Android 4.4 Kitkat and backed by a 2200mAh battery. The Lava iris X1 Grand sports an 8MP rear camera and 2MP front-facing camera. Other connectivity options include dual sim, 4G, WiFi, Bluetooth, GPS/A-GPS, FM, and Micro-USB host. 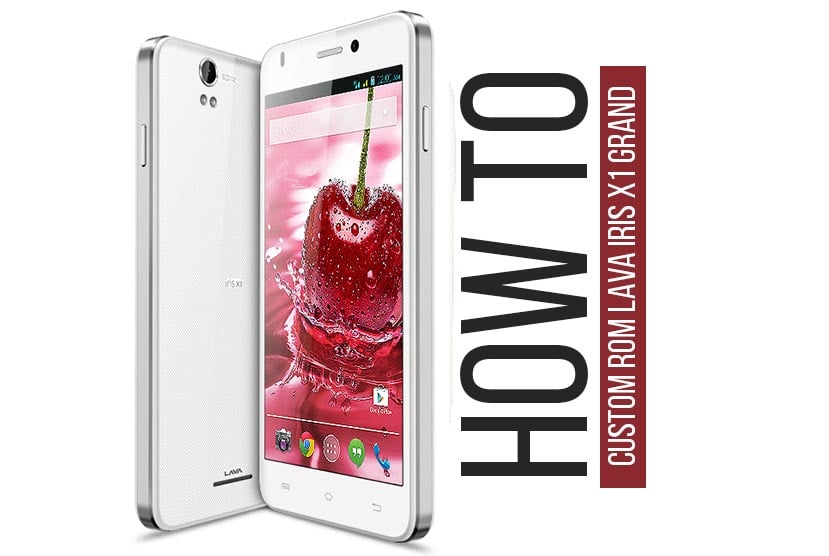 As you all know Android is an open source platform where a developer can take all the source code from Google and build their own operating system images for Android phones and tablets from scratch. This Custom or Home built app is known as Custom ROM. Custom ROM replaces your Android Operating system (Stock ROM) which comes with your Phone or Tablet. It comes with a kernel which makes it a fully standalone OS. So some developer in Android Community will customize the Android OS by stripping all the Garbage and makes it a pure android experience with no carrier-installed app or OEM apps. This Custom ROM is been updated regularly by the community and developers where they fix all the bugs related reports. Custom ROM also allows you to experience latest Android OS even if the OS has not available to your tablet.

XOSP basically which stands for the Xperia Open Source Project was a project originally created by nilac for the Galaxy S+ (my old device) and the project was created like 2 years ago when that time XOSP wasn’t even existing. It was just S+ Reborn. The main idea was to create a custom minimal Xperia based ROM, by including the essential things which a user would normally use from a ROM. The S+ Reborn became to be a big success because it was eventually ported on different Xperia Phones and some other Samsung devices so from there the XOSP project was founded. From the XOSP Project also the Reborn add-ons were created featuring with an Aroma Installer. I worked on the project for 2 years trying always to improve it constantly, eventually for the fact that LP on my Galaxy S+ became to be quite buggy i decided to stop the development and for about half of year the project was left in standby till I decided to bring it back again on the Zenfone 2 devices. The project started growing again so with the Release 4 the project will be completely refactored to XOSP

Now MiUi 8 Supports Lava iris X1 Grand Unofficially. Install the MiUi 8 now on Lava iris X1 Grand which comes with Android 4.4 KitKat OS. MiUi 8 was developed by Xiaomi Tech, is a stock and aftermarket firmware for smartphones and tablet computers based on theGoogle Android operating system. MIUI includes various features such as theming support. Xiaomi has released various smartphones, all of which come pre-installed with a complete version of MIUI. This includes various apps and features not available in the aftermarket version of MIUI.

AICP is known by someone as Ice Cold Project that started on Desire HD and since than evolved as a mature rom with the BEST community you can find!!! Unfortunately AOKP either stopped development or will make a comeback later this year so we are now CM based when it comes to hardware, drivers and some features. If there are any bugs, either we will sort them or CM team if it concerns their modifications. This rom isn’t CM supported so no need to report errors or bugs to them!!

CoolUI is one of the Stock ROM built for Coolpad Smartphones by Coolpad Company. Today i found a link to update Lava iris X1 Grand to Coolpad Note 3 ROM. Download the Coolpad Note 3 CoolUi for Lava Iris X1 Grand and Enjoy the CoolUi fun and features.