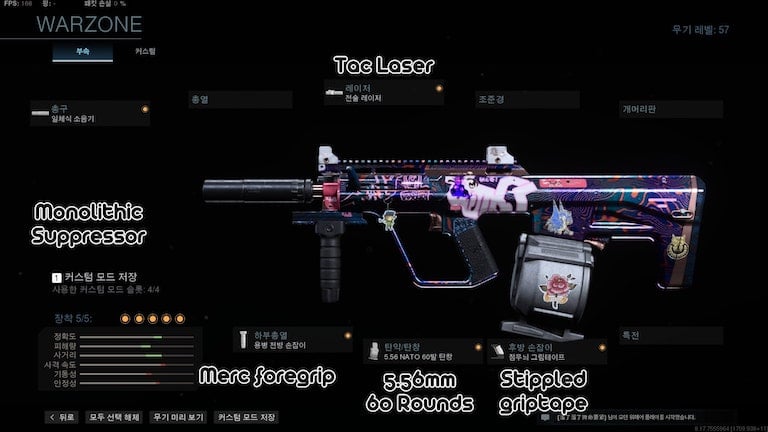 This is a great build for the AUG 5.56mm ammo conversion. It offers great mobility, range, damage, and Sprint out. However, there are some effects on Aim Down Sight, and it isn’t a great loadout for long-range battles.

The Monolithic Suppressor is a great choice if you want to operate in stealth mode. It offers good sound suppression and also increases the range by 7.5 percent. The Aim Down Sight is increased by +1 frames, which allows for faster gun movement. However, you will notice some changes in weight, which makes your movement less agile.

This is a conversion kit that enables the AUG SMG to use the 5.56mm NATO ammo. It increases the damage and the range as well. However, the reload speed will decrease by almost 7ms, and the rate of fire percentage sees a drop of 11 percent.

A stippled pistol grip tape will improve control during high-speed movements. However, the grip tape makes the gun less stable but does improve agility. It enhances Sprintout by 8 percent and affects Aim Down Sight a little.

This is a training exercise that can prove to be useful when using the AUG sub-machine gun. It improves the reload speed up to 35 percent, especially when you’re under a lot of pressure. 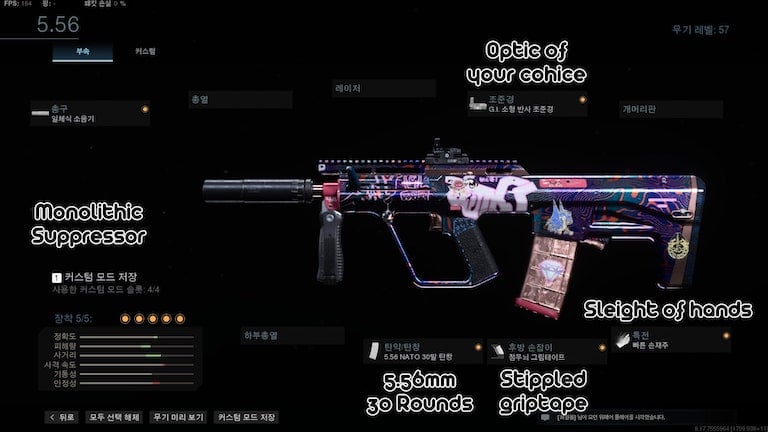 This loadout for AUG improves the range, sound suppression, Hipfire accuracy, and Sprint out. Unfortunately, it does take a hit on Aim Down Sight, Aiming stability, movement speed, and the laser is visible to the enemies. It also makes the gun heavier and affects overall mobility. However, the added weight and the fast TKK will help you take care of large enemy groups.

For improved sound suppression, the Monolithic Suppressor is a good attachment for the AUG. It improves Aim Down Sight by +1 frame, and range by 7.5 percent. If you like to play stealth, then this is a much-needed attachment. However, it does affect movement due to the extra weight.

This extended foregrip helps in reducing the vertical recoil and also improves hip-fire accuracy. The Merc Foregrip adds a +1 frame to Aim Down Sight.

The addition of a Tac Laser will greatly enhance the accuracy and aim stabilization. However, the laser may be visible to the enemy on Aim Down Sight and could expose your position. The Tac Laser uses a high power 5mW green laser, which helps take down targets with ease. It does affect the Aim Down Sight by -2 frames, though.

A large 60-Round 5.56 NATO drum magazine provides the maximum amount of ammo capacity, but it does increase the weight as well. You can expect increased damage as well as range, but your reload speed will take a 44.5 percent hit. The rate of wire is also affected by 11 percent, while movement speed is lowered by 6 percent. The magazine also affects the recoil control but adds +3 frames to Aim Down Sight.

The stippled grip tape improves Sprintout speed by 8 percent but does affect the aiming stability. It doesn’t affect the Aim Down Sight that much, though.