Since you have come all this way in Lost Ark, you surely have a lot of experience in various Abyssal Dungeons. But the Sea of Indolence is like none of the others you have gone through until now. It is the first time you would be encountering an eight-player raid. Well, just as divergent as it sounds, it brings more to the plate as you keep going. And that is what makes Sea of Indolence so different yet difficult from the others.

First of all, the Abyssal Dungeon brings in an alternate moveset that the players have to adapt in order to complete it. On top of that, it introduces not one but a few powerful bosses and a whole lot of mechanisms to remember. Dealing with so many things at a time can be quite troublesome.

We understand it, and that is basically what we are here for. If you are stuck with this eight-player dungeon raid and possibly looking for an answer on how to complete it, we have shared a complete guide that mentions all the basics you need to follow throughout. 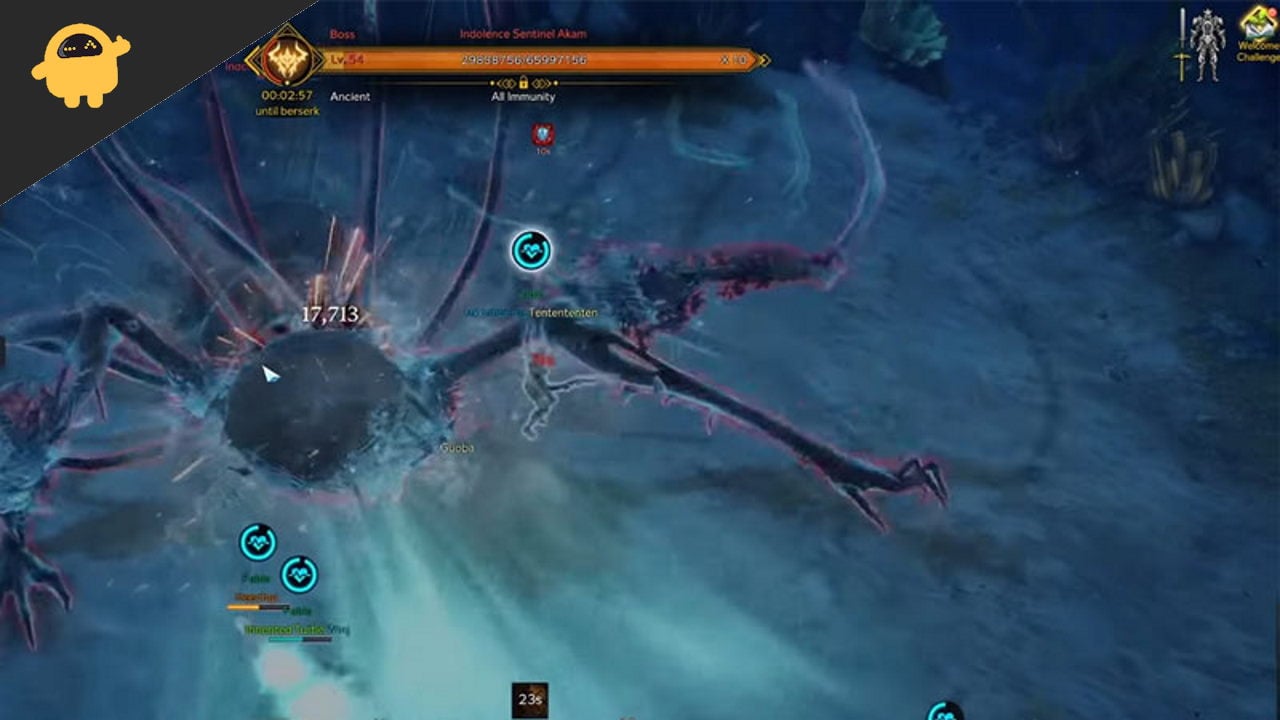 Just as the name suggests, the Sea of Indolence is the first sea dungeon that certainly brings in a different kind of floor mechanics. It requires a minimum of 960 item levels for players to enter this Abyssal Dungeon. However, keep all that aside for the moment, let us look into the basics that you will need to know in order to make this dungeon raid a success.

This is the first part of the Sea of Indolence Abyssal Dungeon. Even as the first part, it reveals a whole new system where players need to go down underwater in a specially-built suit. This is in fact the first moveset of this dungeon that keeps adding more as you dig deeper. Eventually, as you continue, you will notice that there are a lot of new mechanisms you need to remember which is an element of interest in this Abyssal Dungeon.

Unfortunately, the first section itself features a lot of mob-clearing as an important part of it. As a result, you might have to spend quite some time in this section before you can finally move to the next. 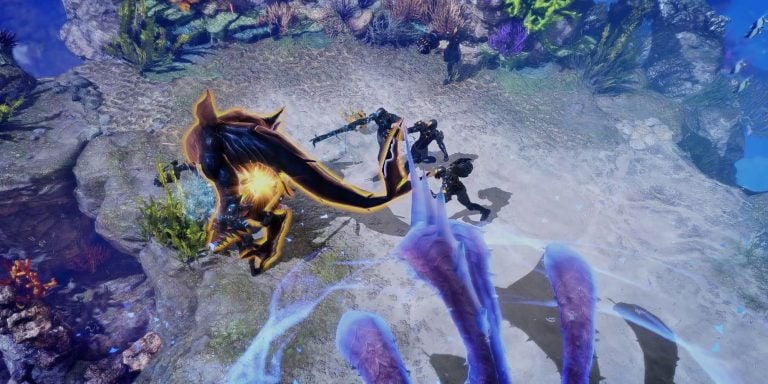 After completing the first part, you will then enter into the second phase of this dungeon raid. In this phase, you will come across the first boss called the Deep Sea Orboros. Orboros is basically an underwater Cerberus (a three-headed dog specially meant for guarding something precious). In this case, Orboros mainly protects the sacred place and doesn’t allow anyone to enter it.

Being one of the many bosses, Orboros surely has got some tricks but his main weapon is Shark Summon. Somewhere in the mid-fight, Orboros will summon this mini-boss which at first might look quite a weak character. However, if you dare to ignore him, he will turn into an unstoppable killing machine, taking down all the characters with its tail swipes and bitings.

Therefore, once this monster shark enters the battle, take all your attention from the main boss and focus on this shark. Once you manage to kill it, Orboros will suffer a huge damage buff that will immediately affect his remaining health as well.

In this phase, players have to deal with a giant sea monster. At the beginning itself, this character will release massive water pressure that will eventually damage your special suits. And after that, players have to continue the rest of the journey in their normal suits. With this, Sea of Indolence also brings in the concept of Breath Circle. All the players then need to heavily focus on their breath circles which includes additional difficulty throughout the journey.

By this time, players have to pay attention to the O2 meter (a circle over the player’s head) which displays the current breathing state of the player. In the meantime, players also need to keep their eyes on the various refill spots on the map. Players can either interact with the plants or stand on these refill spots to refill their breath. Throughout the way, all the 8 teammates will be having a great underwater walk, thereby exploring the deep, beautiful sceneries. 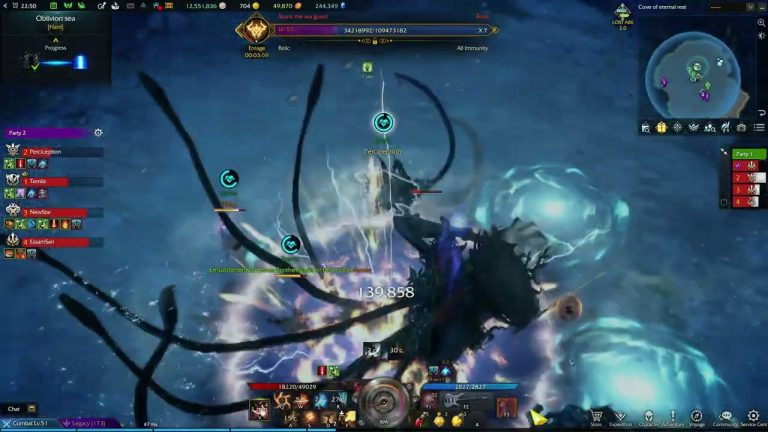 Remember the one who damaged all your wetsuits with just water pressure? Well, finally you will be meeting him again. This time he is no more an unknown creature but the Indolence Guardian Akam itself. All the eight players will have to go through a rough battle against Akam.

Do not think of him to be as easy as Orboros to take down. Akam is quite difficult to deal with and functions somewhat differently. To begin with, after you are successfully able to drop his HP by an amount, you will notice his legs will break down. And along with all that abilities will also vanish. But this is not enough to stop Akam. He will then hit you with some modified version of his attacks.

Akam has around eight different types of regular attacks. However, the most harmful one you should be concerned about is his O2 draining orbs and petrification beams. Although his petrification attacks could be highly damaging, they could be easily prevented by following a planned playstyle. Perhaps what’s even more dangerous is the aqua shockwaves. And out of the many telegraphs, the yellow telegraphs could be highly damaging.

The yellow telegraph attacks not only deal great damage but also drains the player’s O2 meter considerably. If it is not taken care of, players will suffer high damage every second. However, while creating these shockwaves, the boss slams both his hands down which also creates a bubble-like safe zone somewhere within its range followed by a deadly shockwave. During these few seconds, players have to run immediately to the safe zone anyhow. If any players fail to make it to the zone, they will be instantly killed with the next wave.

Throughout the battle, Akam will do this multiple times. Therefore, players must be careful and quick in response to take the appropriate actions at the right time. Other than this, Akam also specializes in attacks like Back-kick, stomps, multi-hand slams, full-circle stomps, underwater lighting, and more.

Sea of Indolence Abyssal Dungeon certainly has a different setup and mechanism. Being the first water dungeon, it is a big adventure yet a challenge for every player. Fortunately, if you were having trouble memorizing all that mechanism and thinking of a strategy right away, this article might have been helpful. Let us know your views on this strategy and also comment below if it had helped you complete this dungeon raid in Lost Ark.