Mario Kart Tour is a kart racing video game for mobile devices that have been released in 2019. It’s the 14th title under the Mario Kart lineup which is available for Android and iOS devices. Though the game is pretty good in terms of graphics and gameplay, some of the Android device users are experiencing issues with multiple errors while launching or playing the game. It also includes the Mario Kart Tour Error Code 806-7250 that appears whenever Android users trying to launch the game.

If you’re also one of the victims, make sure to follow this troubleshooting guide to fix it. Sometimes affected players are also reporting that while trying to connect to the main game server, this particular error appears which is a bit frustrating. In most cases, the issue is reported to occur to the players while updating the game to its latest version. If you’re also encountering any of these issues resulting in the 806-7250 error code, this guide is only for you.

To be very precise, the error message says “An error occurred. Please try again later. Support Code: 806-7250.” Now, there can be several reasons behind such an error such as a Nintendo Server issue, an outdated Mario Kart Tour app version, another account is running, issues with the internet connection, custom firmware is running on the Android device, etc. Now, without wasting any more time, let’s jump into the guide below. 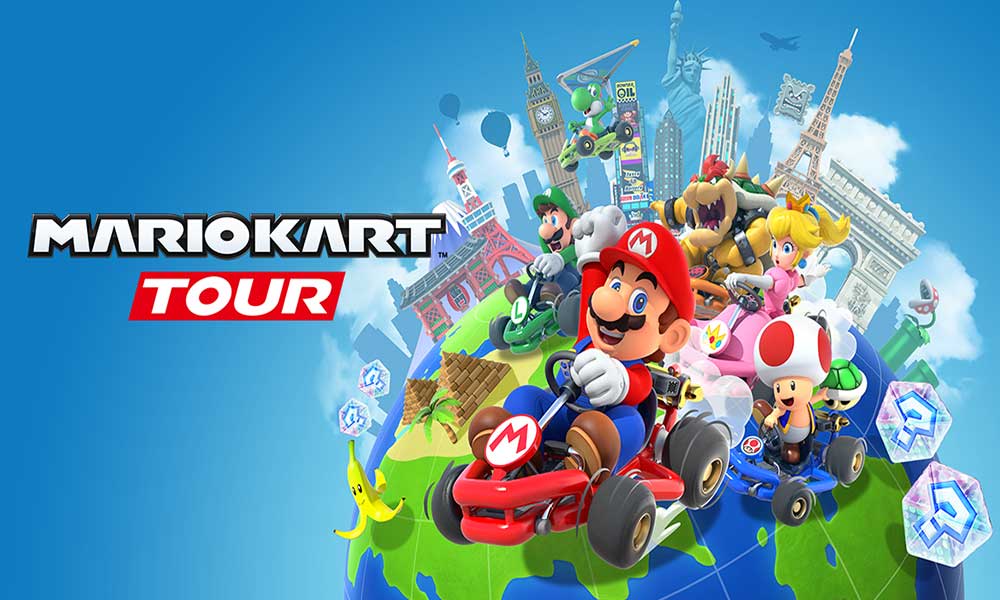 If there is any server issue found, you should have to wait for a couple of hours and try playing the Mario Kart Tour game again. However, if there no issue found, you can proceed to the next method.

You should check once whether your Mario Kart Tour application is updated or not. Sometimes it may possible that Nintendo has already released a patch fix and you haven’t installed it yet for a while. That means you’re missing out on some of the important features as well as bug fixes. So, it’s always highly recommended to check for the update of the problematic mobile game app on your Android device. To do so:

However, if there is no update available, you can head over to the next method.

Most Android device users prefer to use multiple Google accounts for several reasons or benefits. If you’re also one of them, make sure to either sign out of the secondary Google account or simply choose to select the valid Google account to properly run the Mario Kart Tour gaming app.

If the Mario Kart Tour Error Code 806-7250 is still bothering you, make sure to follow another workaround.

As per several affected Mario Kart Tour gaming app users, issues with a TCP / IP inconsistency can also cause multiple errors with the server connectivity. Luckily, using mobile data can fix the particular Mario Kart Tour Error Code 806-7250 on Android devices very easily. That means if you’re using a Wi-Fi network, temporarily try checking the issue by using mobile data for sure. To do this:

Please Note: If you’re using a limited mobile data plan or don’t have enough speed then it’s not recommended to keep playing Mario Kart Tour by using the mobile data.

Another useful workaround is to duplicate the Mario Kart Tour gaming app on your Android device by using the Island app. Although there is no proper info that why we need to do this, maybe cloning the mobile app with the installation file and data is useful to fix multiple errors or cache-related issues completely. You can also use some other cloning apps but the majority of users have mentioned the Island app. So, we’re providing the cloning steps via the Island app.

That’s it, guys. We hope you’ve successfully fixed the Mario Kart Tour Error Code 806-7250 on your Android device. For additional queries, you can comment below.