Last few days back we shared April Security Patch update for Moto Z Play and today Verizon Wireless started sending a new update for both Moto Z and Moto Z Force (Droid Edition). This update comes with build number NCL25.86-11.4. Verizon started rolling out this new update via OTA (Over The Air) update and if you are running Stock Android Nougat then you will probably receive this update anytime soon on your notification. The update brings the latest May Security Patch update for Verizon Moto Z (Droid Edition).

This is a minor update which carries latest Google Security Patch, Bug fixes and also some improvements in performance and stability to the earlier released stable nougat. This update is rolling out for  Verizon Moto Z users in USA. If you are from US and have a  Droid Moto Z variants, then you can enjoy the latest May Security Patch Nougat update on your phone. You can always downgrade to Marshmallow anytime. 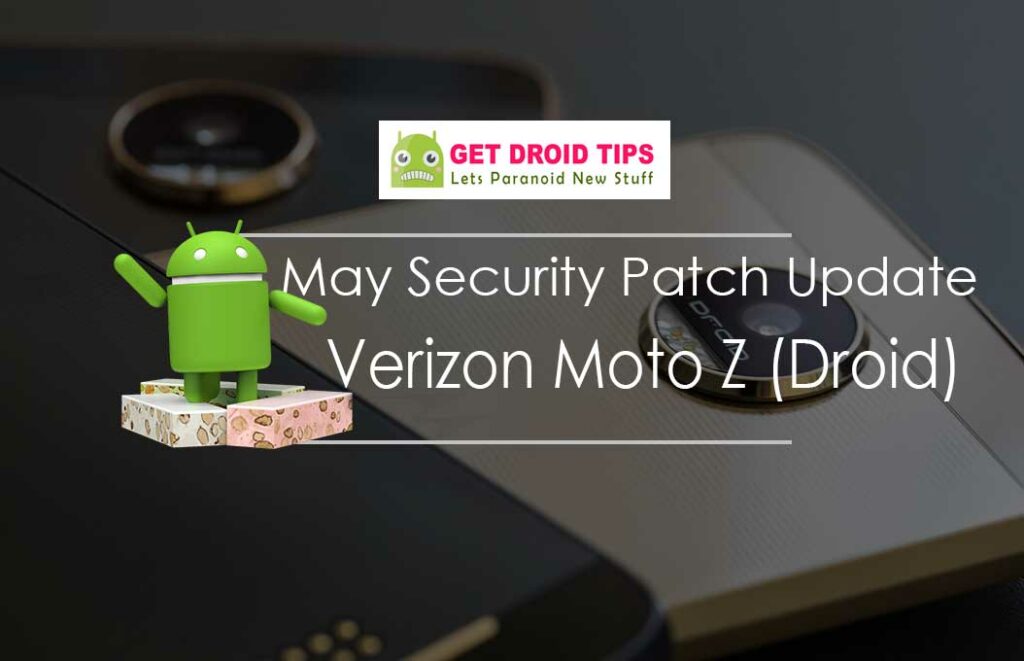 To Install this OTA update on Verizon Verizon Moto Z, you must be running Stock Firmware without any root. So look for the latest OTA Update with NCL25.86-11.4 for Verizon Moto Z on your update screen. First of all make sure your device needs to be connected to a WiFi network and second, your device’s battery needs to be fully charged

If you still waiting for this update NCL25.86-11.4 for Verizon Moto Z , Go to Settings –> About Phone–> System updates to see if you have Over-The-Air update. If your phone has received the latest OTA update, then tap YES, I’M IN and select Wi-Fi or Mobile network to download. Once the download is done, tap on INSTALL button to start updating your Verizon Moto Z with NCL25.86-11.4.

If you have not received any update, then you can download the OTA update from our below download link. You can manually update the Full Nougat update instead of waiting for OTA to hit your phone. To update manually with NCL25.86-11.4 on Verizon Moto Z (Droid Edition) can take only 8-10 minutes approximately. Read the steps below on How to Update the latest OTA updates on Verizon Moto Z (Droid Edition) manually.

Install Verizon Moto Z to May Security Patch build using the below guide.