Monster Hunter World: Iceborne has a new monster, and it is the return of one of the most menacing creatures ever to be a part of the franchise – Alatreon, The Black Dragon. The Alatreon is accessible for console and PC players at the same time, which opens up possibilities for matchmaking. It is one of the first big monsters to have this feature.

Taking on the Alatreon is no easy feat, even experience players and high-level master rank users will find this as a difficult challenge. But don’t worry, that’s why we’re here. In this guide, we are going to look at everything you need to know about the Alatreon and how to beat it with a hammer. 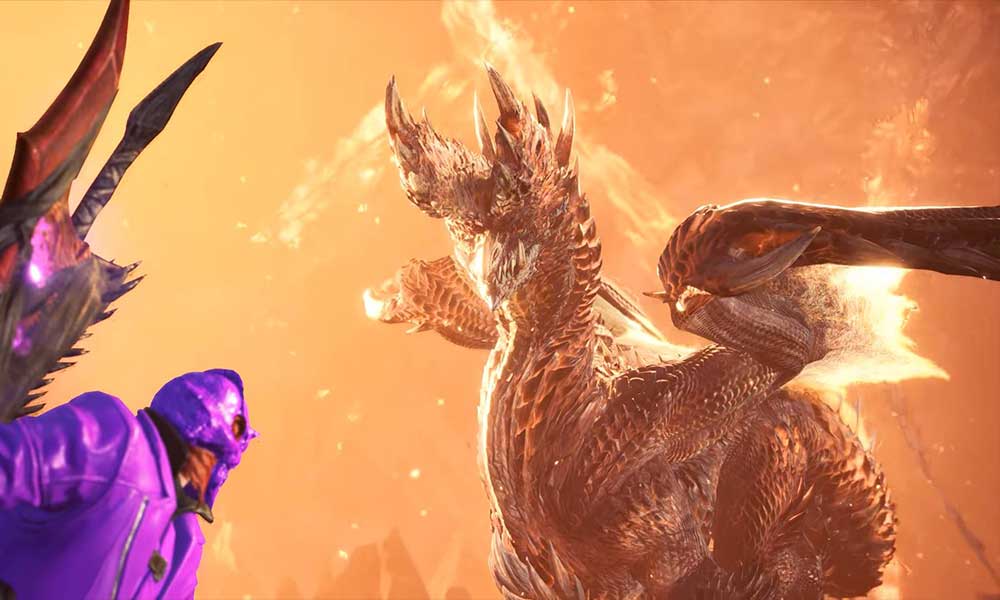 Before diving into Alatreon’s elemental cycle and the best type of equipment to have for such a fight, we need to discuss how to unlock the Alatreon in Monster Hunter World: Iceborne. All players have to do to get a chance to fight against Alatreon-The Black Dragon is to make it to the ending of the game successfully. If players can make it all the way through to the final credits, then they are definitely in the right place.

Usually, players tend to put down their controller once the game screen fades to black, however in Monster Hunter: Iceborne, they will have to be a bit patient as the fight begins right after this. 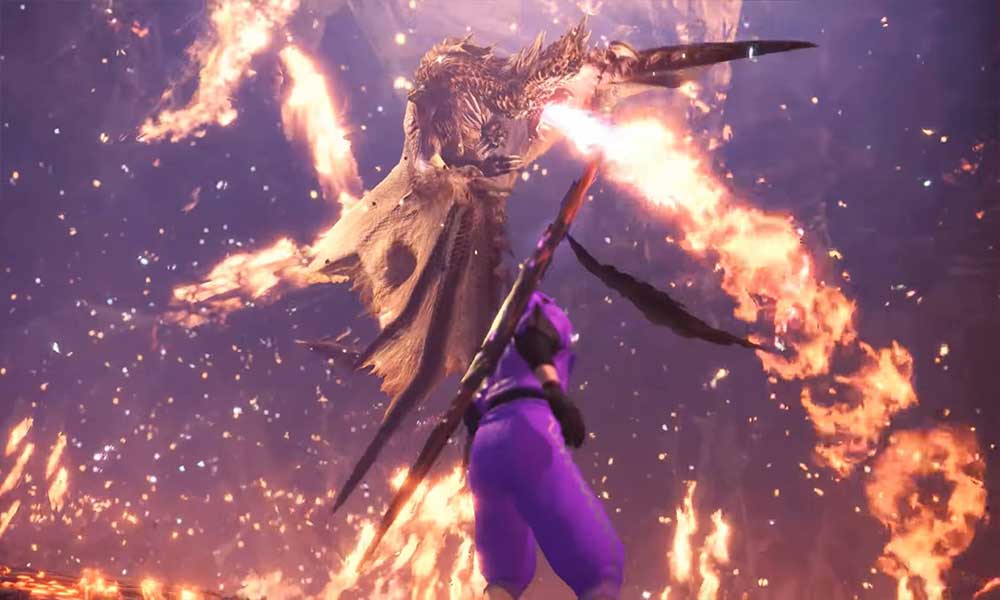 At first, players will need to get through Monster Hunter: Iceborne’s post-game content, which will take the players into the beginning of the Blazing Black Dragon. Players will find themselves having to unlock the Guiding Lands and successfully beat the Stygian Zinogre in the ‘Across the Lost Path’ quest. In doing so, players will unlock the Safi’jiva quest, which will bring players to the Alatreon quest ‘Blazing Black Twilight.’

Once this is done, players need to head over to Seliana to find the Third Fleet Master waiting for them. There will be quest market on top of her head, that’s the ticket into the fight against the mighty Alatreon in Monster Hunter: Iceborne.

Throughout the game, facing off against the Alatreon always involves the same technique; this can be easily classified as: 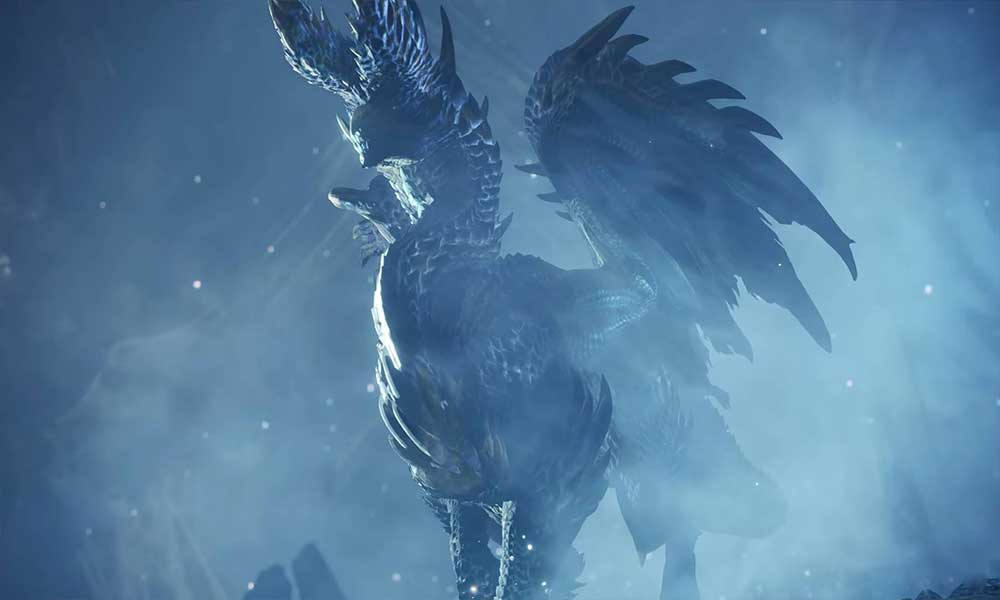 During the Blazing Black Twilight quest, players will find themselves standing up against Alatreon in Fire active mode at first. Then it will switch up to Dragon active and then Ice active. However, in the Event quest version, things will be different. In order to find out exactly what element type Alatreon will start off with, players need to focus on the Event quests name.

It is important to know what kind of elemental form Alatreon will start off with. Knowing this will help understand its weaknesses as they change based on it. During Fire active mode, Alatreon is highly resistant to fire damage. However, it is weak against Ice with 3-star weakness and against the water with 2-start weakness. Alatreon is also weak to Dragon and Thunder with a 1-star weakness.

During active Ice mode, Alatreon will be resistant against Ice damage. But it will be weak to Fire with a 3-star weakness and to Thunder with 2-start weakness. Alatreon will also be affected against Dragon and Water in this mode with a 1-star weakness.

Lastly, during Dragon active mode, Alatreon is weak against Dragon with a 2-star weakness, and for all the other elements, it has a 1-star weakness.

Knowing the exact weaknesses is crucial to defeating the Alatreon as players must ensure that they are inflicting the right type and amount of elemental damage. This will severely impact the effect on Escaton Judgement. If players fail to weaken it, they can expect to find themselves and the other players being killed off instantly. Players should also keep in mind that the Temporal Mantle or Superman diving is of no use here.

Alatreon is known for switching between different active modes depending upon the situation. However, this switch can be delayed if players are able to exploit the initial weakness during a particular phase.

Depending on its starting active mode, players are advised to opt for a heavy weapon that is its basic opposite. By inflicting maximum damage during that time to break its horns, it will result in severely impacting the Escaton Judgement attack. Similar to other monsters, the Alatreon’s head, neck, and tail are the most sensitive part irrespective of the type of weapon. However, these parts may not always be easy to attack, especially during its active mode switch.

Check out our list of elemental weak points against Alatreon in Monster Hunter World: Iceborne below:

Once players have broken its horns, it will lock Alatreon in its current active mode. So, exercise caution when doing this as players should have the appropriate weapons for the currently active element form. It is advisable to go with the Safi Drakcrusher Hammer for this fight, but the Sword & Shield and Dual Blade are also good choices.

The Escaton Judgement triggers when Alatreon switches to its third active state. This move is fatal and can wipe all players around it instantly. There is no way to avoid this more other than to reduce its impact. This can be done only if all players have the appropriate element based weapon and deal maximum damage to a point where its horns break within the window of opportunity. 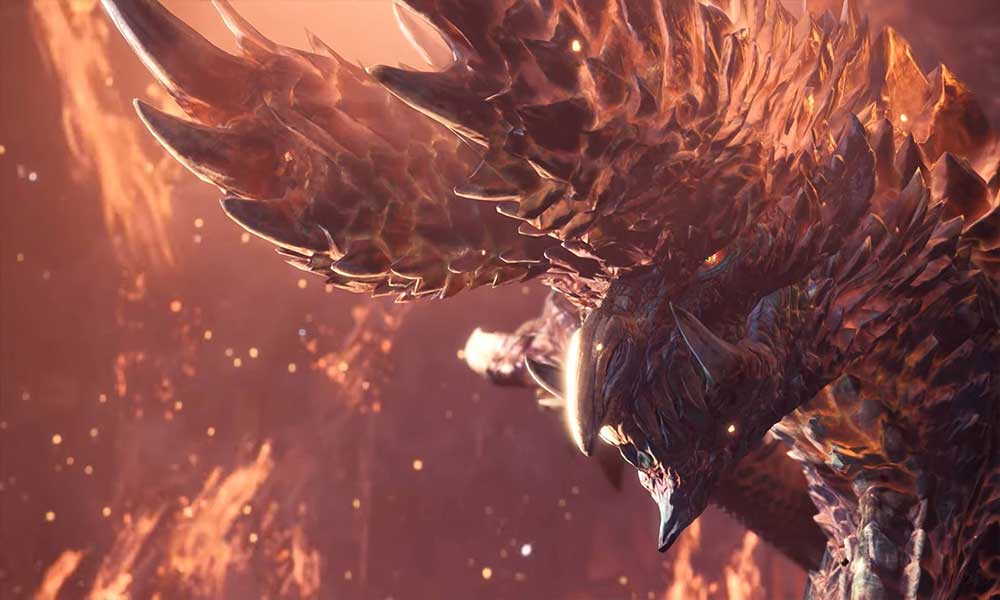 If players fail to achieve this feat, then they will feel Alatreon’s Escaton Judgement. Players will have strategically plan their attacks to deal sufficient damage.

This concludes our guide on how to tackle the Alatreon in Monster Hunter World: Iceborne. Knowing about the Alatreon’s elemental weaknesses and active modes is key to planning a good attack strategy. As long as players manage to deal as much damage as possible before Alatreon switches to its third active mode, there is a chance of defeating it.

We hope this guide helped you to defeat the Alatreon in the boss fight with a hammer. If you liked this guide, remember to check out our other Windows Guides, Gaming Guides, Social Media Guides, iPhone Guides, and Android Guides to read more. If there are any queries or suggestions, comment down with your name along with the email ID, and we will reply shortly. Also, subscribe to our YouTube Channel to watch awesome videos on gaming and smartphone tips and tricks. Good luck!