YouTube is currently one of the online video platforms that have a separate fanbase across the world. Google has made it more intuitive, free-to-use, access for all, etc that basically lifts up YouTube to a popular platform. Now, if you’re one of the YouTube users and want to know about Most Disliked Videos on YouTube | September 2021, follow this article.

PS5 Youtube Crashing or Not Working Issue | How to Fix?

YouTube videos are all running by the ranking algorithm depending on the number of views, likes, dislikes, comments, channel subscriptions, etc. However, if your channel has millions of subscribers and any of your specific videos have received millions of views and likes, it doesn’t mean that your video won’t get dislikes. 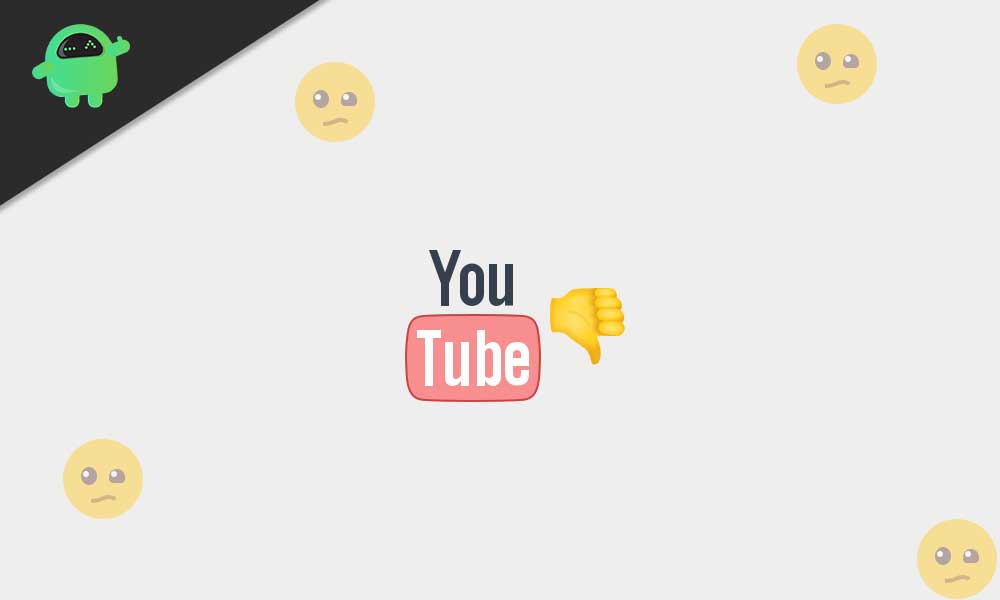 That means if people don’t like your video, it’ll receive tons of dislikes and hate comments for sure. In fact, some of the popular YouTube videos can also get millions of dislikes and the number will be higher than the likes if the content isn’t that good or people feel it violates any specific sentiments or community.

If you’ve ever been thought about which videos on YouTube have received the most number dislikes, you’re in the right place. So, without further ado, let’s get into it.

Well, Despacito ft. Daddy Yankee by Luis Fonsi is one of the popular video songs that has won billions of hearts across the world. Due to its so much popularity, the video got deleted by some hacker(s) from YouTube. However, YouTube has restored it after some time. The video has received almost 45 million likes and around 5.1 million dislikes on YouTube to date.

It’s Everyday Bro song feat. Team 10 was released on YouTube back in 2017 and received around 3.1 million likes. Whereas the dislikes count is higher than likes that’s almost 5.3 million. Maybe people didn’t find this song on track or didn’t feel the music or even lyrics whatsoever.

Almost 5 years ago in December 2016, PewDiePie has uploaded a video and yes the title of that video is “Can this video get 1 million dislikes?” He was basically wanted and requested to get that achievement. Not so surprising that the request was fulfilled and his video got more than 1 million dislikes.

It’s worth mentioning that at the time of writing this article, the dislikes count is 5.4 million. It’s also quite obvious for PewDiePie because his channel has currently 110 million subscribers and that video has received more than 24 million views to date. 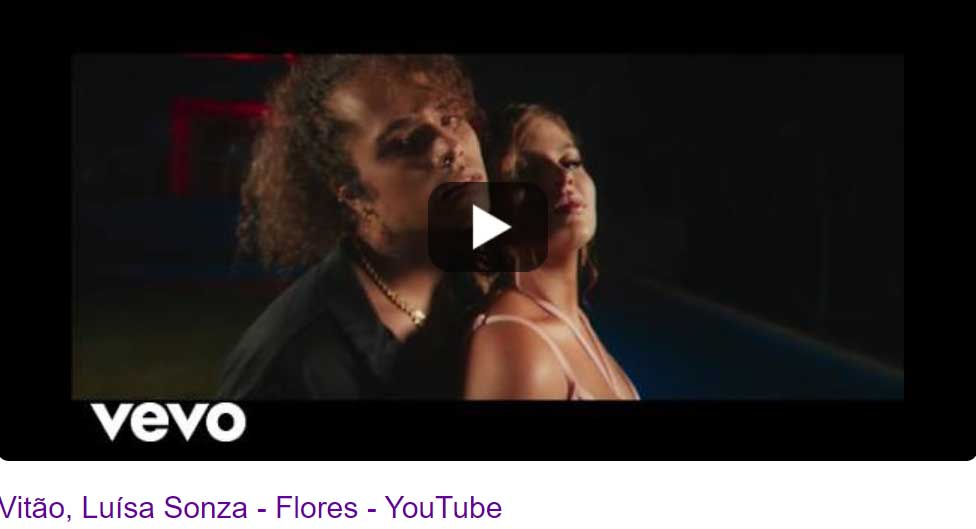 This particular video has been released on YouTube in June 2020 and it has already received 5.5 million dislikes and has only 2.4 million likes to date. Although there is no controversy with this video, we can understand that people don’t like the song or maybe visuals, unfortunately. You can find out the video link here to check it out.

As the title suggests, Humpty is a train that goes through all the places to take a ride to all kinds of popular and common fruits & vegetables with the storytelling. It may not be found useful or informative to parents who want to give learnings to their children in the early stage prior to going to school in the way of fun and animation.

The video has received 7.8 million likes and 5.9 million dislikes on YouTube which was released back in 2018.

As we can already see that it’s one of the nursery rhymes and kids songs that was released back in 2018 and received 9.4 million likes on YouTube. While the dislikes count is around 6.3 million. Whenever parents or kids don’t get to relate or groove into the children’s songs, they disliked the content straight away which is obviously common. 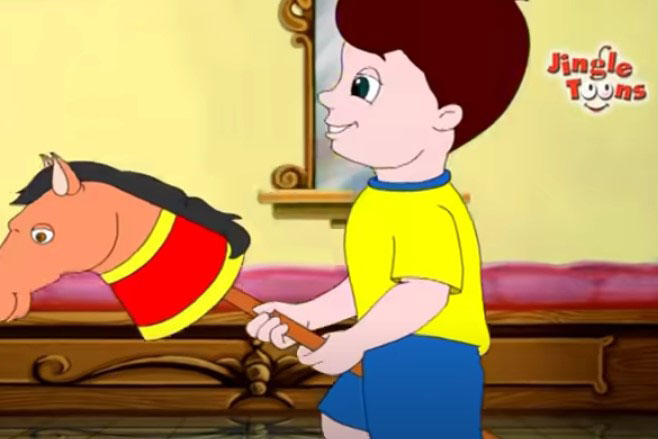 Lakdi ki kathi is one of the popular children’s songs on YouTube when it comes to animated Hindi songs with jingles and fun. It has received 8.9 million likes and 6.6 million dislikes as not everyone liked this song that much for their children. You can check the video link here.

Bath Song | CoComelon Nursery Rhymes & Kids Songs is also on the list of Most Disliked Videos on YouTube ever. This video was released back in May 2018 and has already received 7 million dislikes to date.

Although children-related fun videos or songs or rhymes don’t get too much hate by any means, the specific lyrics may sound irritating after some time for sure. The specific “wash my face dodododododo.” sounds frustrating a lot and maybe that’s why it has so many dislikes unexpectedly.

It looks like the Learning Colors – Colorful Eggs on a Farm YouTube video is one of the longest kids videos ever. Although the video narrates about the multi-colored eggs to teach children about different types of colors very easily, the visuals may be one of the major reasons to get 7.5 million dislikes to date since February 2018.

The creepy smiles of the eggs in this video and doing some weird things like smashing themselves into pieces and combine into a giant egg to create smaller eggs again may not be soothing to the eyes of children most probably. Parents don’t like something that includes violations for their kids even if the video is made for kids.

YouTube has created this video and uploaded it in December 2019 because people didn’t like 2018’s rewind video that much. But the rewind visuals aren’t attractive at all to the viewers apart from the slow rewind. Therefore, people disliked this video once again that’s currently showing 9.4 million dislikes.

Well, Johny Johny Yes Papa is by far one of the most popular and suitable songs for kids we’ve ever heard. Even parents and young people sometimes start singing this particular song or poem in front of kids to amuse them. However, it’s quite strange and unfortunate enough to think that such a song can also receive 10 million dislikes.

The video was released back in October 2016 on YouTube and the 10m dislike count is showing at the time of writing this article. It’s possible to some extent that parents or people may find this song irritating after listening to it for a while due to its short and repeated lyrics.

Kids can easily remember the catchy part and start repeating it over and over again which sounds annoying in most scenarios.

Baby Shark Dance video by Pinkfong YouTube channel has been released on YouTube back in June 2016 and it has received 12 million dislikes to date. Although this particular video is the most viewed video on YouTube in the world in terms of the animal song for children, parents don’t like this one for some reasons. Specifically, the line “doo doo doo doo doo doo.”

Justin Bieber – Baby (Official Music Video) ft. Ludacris video was launched way back in February 2010 and got 12 million dislikes to date. Even Justin Bieber has fame and millions of people follow him, sadly this particular song didn’t stand out nicely.

Although the video quality has been remastered in HD and up to 4K, people still don’t like it that much.

Sadak 2 | Official Trailer – Fox Star Studios was published on YouTube in August 2020 and it took just a couple of days or so to get a tag for the second-most disliked video on YouTube ever.

The major reason behind this disaster was the hate for nepotism in the Bollywood industry where newcomer from an unknown background doesn’t get enough chances to showcase their skills or acting talent. Therefore, people are actually getting frustrated with seeing all of these nepo kids on Bollywood movies and songs despite not having enough talent.

It’s quite interesting that the YouTube Rewind 2018: Everyone Controls Rewind video has become the number one in ranking when it comes to getting the most dislikes on the YouTube platform itself.

Although YouTube has imagined getting enough positive response from users that indicates “celebrating the videos, people, music and moments that defined 2018”, it has got 19 million dislikes to date.

Generally, a rewind video indicates that how things happened within a period of time from last to first in a shorter way so people can relate to it easily without getting bored or skipping anything interesting. But sadly YouTube team isn’t capable enough to do so for both the 2018 and 2019 rewind. So, the end result is here and visible to all.

In one sentence, people find it too much uncomfortable with the clips or visuals in the name of rewind and the video got such a pathetic response which is quite obvious.

That’s it, guys. We hope this article was helpful to you. For additional queries, feel free to ask in the comment below.