Motorola Moto E5 was launched in April 2018. Here we will guide you on how to download and install AOSP Android 9.0 Pie on Moto E5 (nora). This ROM is based on Android 9.0 Pie GSI with Treble Enabled. GSI stands for a Generic System image. The moniker “Generic” implies that such software images could be installed on any Treble-enabled device, irrespective of the manufacturer they belong to. We already shared the complete list of devices supported for Android Pie 9.0 Generic System image (GSI).

Now we have a good news for Motorola Moto E5 users. You can now download and install the AOSP Android Pie 9.0 GSI on Motorola Moto E5 (nora). Full Credits to the XDA Recognized Developer phhusson who is the great man behind the work of Project Treble GSI build. Recently, The ROM development community has completely boosted Custom ROM development with the help of Project treble. We’ve seen the Lineage OS, Resurrection Remix, Mokee OS, Pixel Experience has made their way to support most of the budget device based on Kirin, Exynos, Lineage, and other obscure brands.

To install AOSP Android 9.0 Pie on Moto E5 (nora), your device should have Bootloader Unlocked and should be running on latest TWRP Recovery or you can flash via ADB sideload method. If you have all this, then you are good to try the new Android 9.0 Pie on your device. Follow our guide on how to upgrade, but before that. Let’s understand the features of Android 9.0 Pie. 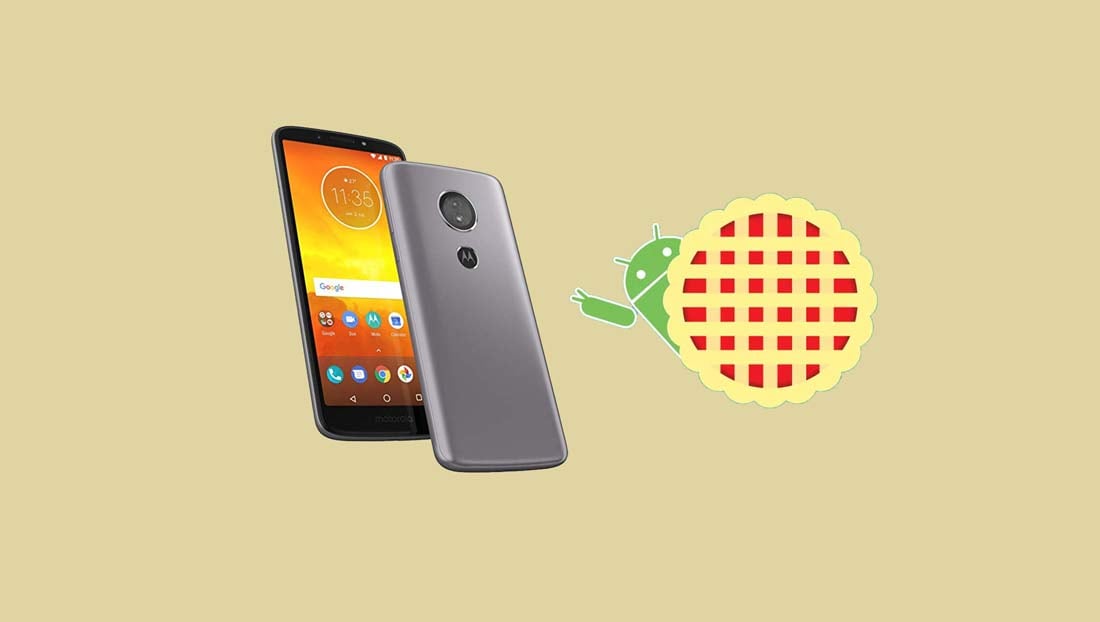 If you are looking to install the latest version of Android OS on your device, then please follow this guide below to enjoy Android 9.0 Pie update for Motorola Moto E5.


GetDroidTips will not be responsible for any internal/external damages to the device that may happen while/after following this guide. This ROM may or may not be completely stable and we don’t recommend you to try this ROM as a daily driver. So far this ROM worked smoothly on many devices.

To flash the AOSP Android 9.0 Pie on Moto E5 (nora), you can either use the TWRP Recovery method or you can flash via ADB Sideload method. If you already have, then make sure to download the above-given links.

I hope this guide was helpful to install the Android 9.0 Pie on Moto E5 based on Project Treble GSI images.

Moto E5 features a 5.7-inches display with a screen resolution of 720 x 1440 pixels. The smartphone is powered by Quad-core 1.4 GHz Cortex-A53 and Qualcomm MSM8917 Snapdragon 425 processor coupled with 2GB of RAM. The phone packs 16GB internal memory which can also be expanded up to 256GB via microSD card. The camera on the Moto E5 comes with 13MP with LED flash rear camera and 5MP front shooting camera for selfies with LED flash. The handset came out of the box with Android 8.0 Oreo and backed by a Non-removable Li-Ion 4000 mAh battery with Fast battery charging 10W. It also has a fingerprint sensor on the back.