Updated on March 11, 2020: Even the Mexico region started receiving an Android 10 update for Moto G7 Plus. The update carries the same build number and brings all the latest Android 10 features.

Updated on March 09, 2020: After rolling in Italy, Germany, and the Russian region, Today Motorola has rolled the Android 10 update to Moto G7 Plus in Latin America with the same build number as QPW30.61-21.

Updated on March 06, 2020: Today Motorola started rolling the Android 10m update to Moto G7 Plus in Italy, Germany, and the Russian region with the same build number as QPW30.61-21. You can download the official firmware from below and flash manually.

Back in February 2019, Lenovo owned Motorola unveiled its Moto G7 series in Brazil and Mexico. Moto G7 lineup includes Moto G7, Moto G7 Plus, Moto G7 Play, and Moto G7 Power. The Moto G7 series came with the Android 9 Pie. Now the brand starts rolling out Android 10 update for Moto G7 Plus in Brazil. Brazil is a market where the brand loves a lot. Take it about be smartphone launches, software update and even the first priority goes to Brazil for receiving major Android OS updates.

The first device from Lenovo owned Motorola to receive the stable Android 10 was the Moto One Action. Earlier the brand has started testing the Android 10 soak test for Moto G7. And finally, the brand finished its testing of the soak test and started rolling out the stable Android 10 update for the Moto G7 Plus. We don’t know whether this update is available in other countries as of now, there isn’t any information regarding that. 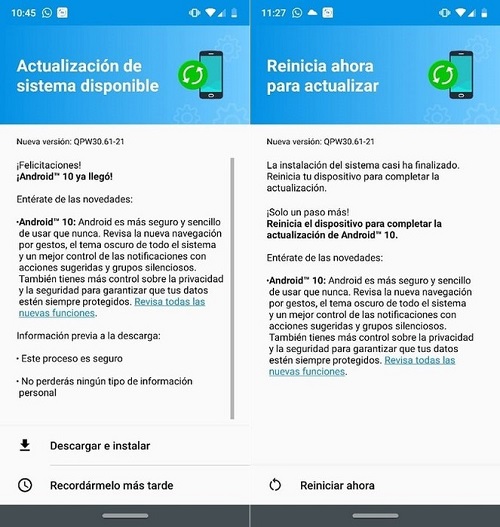 The Android 10 update for the device was started by January 20 and will all the way go up to the next month. This new update comes with a build number of QPW30.61-21. This is the same build number that the users of the soak test received as the last update of soak testing. This Android 10 update comes with December 2019 patch. For the Android 9 Pie users this a new patch but for the soak tested users this is not a new security patch.

Again, the current rollout seems to be limited to Brazil and perhaps a few other Latin American markets, but it should come your way pretty soon. We will be here to bring you news on the same as and when we get the updates.

The Moto G7 Plus sports a 6.24-inch Full HD+ Max Vision Display which is the same display as seen on the Moto G7. Underneath the smartphone, it packs a Qualcomm Snapdragon 636 chipset which is clocked at 1.8GHz. The device packs a 4GB of RAM and 512GB of internal storage. This is further expandable via a micro SD card up to 512GB.

Once your device boots, you will see the initial setup instructions. Now, this is how you can install the Moto G7 Plus Android 10 update and it’s pretty easy for anyone to follow. If you have any queries or feel stuck, let us know via the comments below.