It has been little over a month when Android started rolling out the latest Orea update for Lenovo’s Moto X4 Android One and Standard version. The Android Oreo update was rolled out in the last leg of December 2017 for limited devices in India and few other markets around the globe including the U.S. where the users posted their reviews on the update. Like any other O.S. update, Oreo has some problems that could hinder with the smartphone’s performance, however, with the suggested quick fixes given below, you may soon enjoy the latest and the coolest Oreo Update limited to few Moto X4 users only until it’s official OTA rollout. Here are the Top 10 Moto X4 Oreo Common Problems and Solutions. 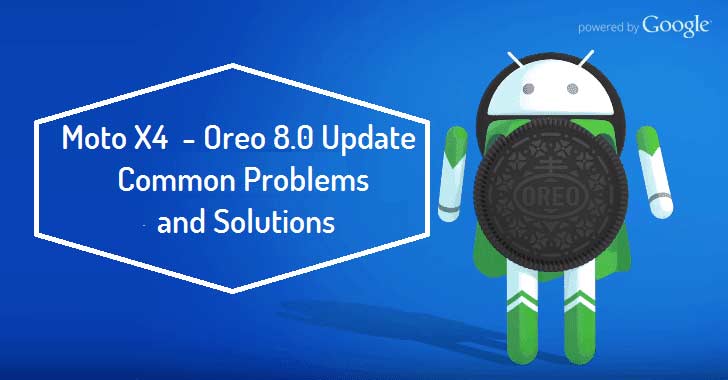 Within the first month of its rollout, the Oreo 8.0 update has received its fair share of praises and then, it has been criticized due to lack of performance and a plethora of other problems for which, we have listed quick fixes in this section. Apart from lagging performance, if you own a Moto X4 with Oreo 8.0 Android update, problems related to the battery aren’t something you haven’t seen yet. 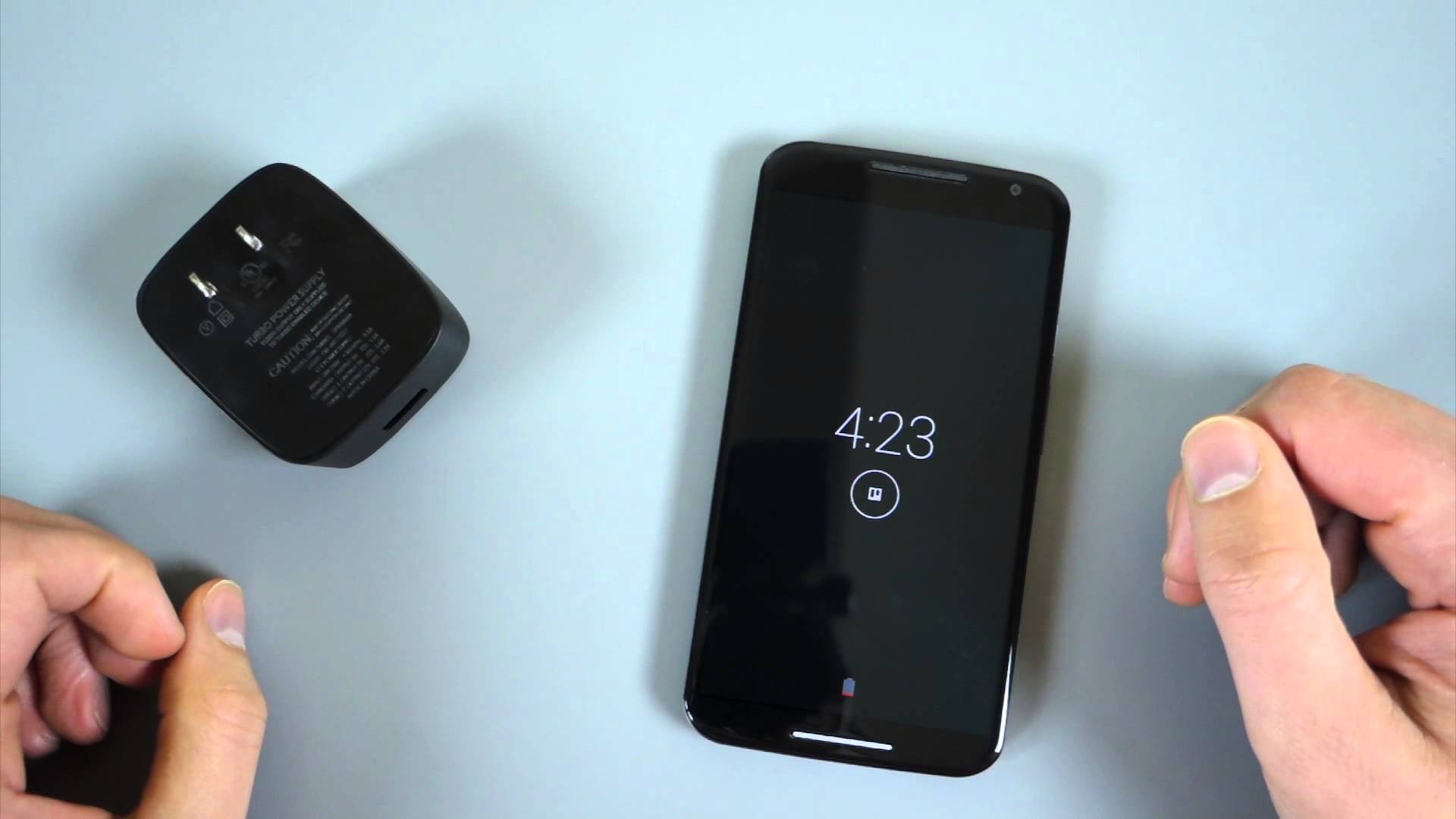 Yes, the new Android update has made the battery life poor. It could be because of unintentional connected Bluetooth devices or other reasons, the battery juice keeps going down even on a Moto power saving mode which is quite a problem when you are out for some work and the battery dies.

Quick Fix – Shutting down or more precisely ‘Forced Stop’ of applications can make a huge difference in the battery life. You can do the same simply by going to the Settings>>Apps where you can stop unwanted apps running on the device to improve battery life. Another quick fix is resetting factory data which gives you the ability to mine the optimal processing power of the device. Limiting background apps to just few can have a huge impact on increasing battery life until the official OTA updates with fixed bugs and complaints aren’t rolled out.

O.S. updates are heavy and that is what curbs the smartphone to perform optimally since, most of its processing power is shared between downloading the update and unleashing the update onto the phone. The latest Oreo 8.0 Android update weights around 1 GB which is quite heavy and this makes the apps to crash or get slower.

There are mixed reviews posted by Moto X4 users where some highlighted it’s dominance over other android OSes while some reported the lack of performance which causes inappropriate app behavior. The user interface ain’t too refined that gives a shabby look to the UI. According to the Lenovo Forums, the icons in the default Moto launcher seems absent at times and present at another instance. The Phone dialer app is another instance which shows lagging.

Quick Fix – If the reduced performance causing trouble, you can try doing a factory data reset to curb the issue. It is the fastest method to get the smartphone up and running with its optimal power without hampering its capacity to process data.

Android Apps have become bigger and heavier compared to a few years back. The apps consume a lot of data, saves and cache most of the data which hoards the available RAM when in use thus, hampering phone’s performance. With a massive 4GB RAM available with Moto X4, it seems not a big problem since you have a plenty of RAM memory available to be used that actually makes your phone faster than others.

Beware! The Oreo 8.1 update has been reported of hoarding more than 2GB RAM on your phone which means you have little over 1GB RAM to utilize throughout your work. This turns the Moto X4 into a phone with just 1GB RAM and that’s disturbing for both you and your phone.

Quick Fix – If you are looking forward to keeping Oreo 8.0 update on your device, you can try to clear excess RAM usage by background apps simply by stopping or forced stopping ‘em. 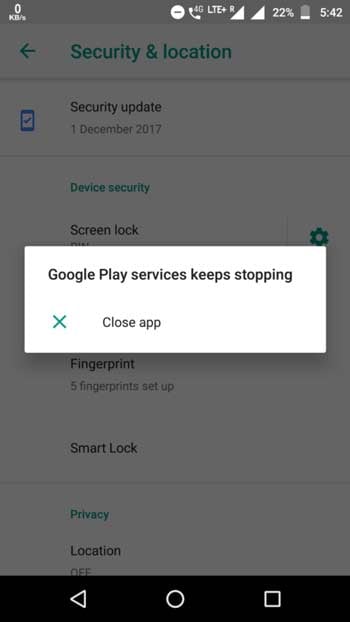 Quick Fix – For now, there isn’t any manual fix available to curb the issue, however, let’s hope Google will shortly release updates to fix this issue with the Android Oreo 8.0 for Moto X4.

5. The Screen of Death

The issues related to Outgoing Call (MO) and Incoming Call (MT) has been observed for a while now. The phone dialer seems unresponsive at times and the phone hangs during a call or while making another call. On the flip side, many users have a complaint the unresponsive screen when picking up an incoming call. The phone gives a blue screen for few seconds before launching the dialer app.

Quick Fix – The quick fix to solve the calling issue is to do a complete Factory Data Reset (FDR) which has solved a number of issues in this explicit list. You can do the same by going to the Settings >> System >> Reset >> Reset App Preferences and now you have it, a perfectly working dialer app.

6. Fingerprint Scanner Goes For A Toss, at times! 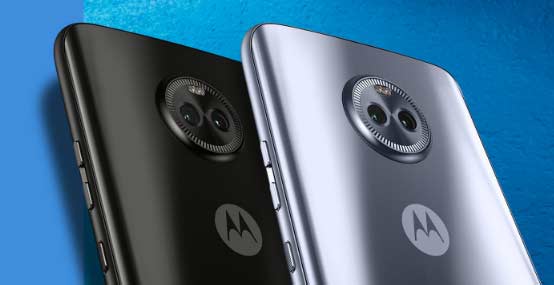 The latest Oreo update has got some of the crazy and appealing features such as a sophisticated password manager that syncs all the devices and saves the passwords of every website and app you visit to be used to log in when you want to access it. This is something which gives Oreo an upper hand compared to other Android OSes, however, the problem is with the fingerprint scanner.

As per reports, the fingerprint scanner installed in the Moto X4 which recently received the Oreo update goes unresponsive at times. This could pose a problem when someone is trying to access their phones and without proper backup PIN or Passcode, the only solution left will be FDR that will wipe off all the data stored at once.

Quick Fix – A website which tested the Oreo update quoted that there is no fixed solution for the unresponsive nature of the fingerprint scanner, however, one can try their luck with FDR and/or wait until the official software update isn’t available.

It took users just a few hours to get the hold of the latest Oreo update for the Moto X4 devices released only for few users across few markets. Soon after it’s release, the reports suggested the flaws the Oreo 8.0 is suffering started surfacing on the websites and forums.

One such issue is the smart lock feature located in the Security>>Security>>Smart Lock that lets the users tweak into the various available modes of locks to keep it secure from intruders and hackers. The problem states that whenever users try to enter the PIN and enter into the Smart Lock section, it goes for a toss at times. It isn’t available and all the options seem to vanish from the device in some instances.

Quick Fix – For the bug to be curbed, the users will have to wait until the official patch is available. Until then, there is a working solution for this problem. At instances when the smart lock is not available, you can simply turn off the ‘Smart Lock Trust Agent’ listed under Security & Location and then, reboot the device to bring it back to normalcy.

The latest wireless sound system offered by Moto X4 that lets up to 4 devices to pair via Bluetooth and play music either individually or together which makes it a boombox. However, after getting its share of Oreo, the system seems to get buggy at times. The feature stops working at times and shows errors. No amount of clearing data, cache, or closing the app can save the feature for the time being.

Quick Fix – The aforementioned explanation suggests that the users will have to wait for some more time until the official software update is available in the upcoming patches.

You are browsing on Google Chrome trying to send an important email or watching a favorite video on YouTube and suddenly the phone restarts randomly, what would you do? It’s annoying and irritating when phones reboot or restarts randomly and without permission and that is what Moto X4 users have been reporting ever since they upgraded to Oreo 8.0.

There could be numerous reasons why the phone actually rebooted, however, there must a fix to fix the problem or it would cost Google the reputation that it built after unveiling Android OS for the first time in 2007.

Quick Fix – According to the Lenovo Forum, there is a quick fix which is recommended. The method is to recalibrate the battery after such incident happens. For that, the user can switch off the device and then after 7 to 10 seconds, reboot the phone by pressing the Power button. Now attach the charger and let the device charge overnight. Keep a track of its performance the next day. 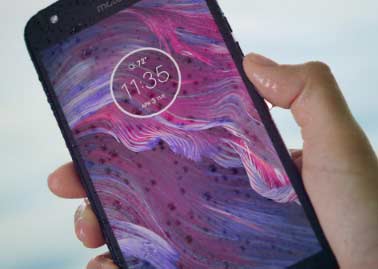 Yes, Oreo users do suffer due to Volume Controls which often go inoperative and cannot be accessed for the time being. According to the users, the system volume dips low at times automatically after which, no amount of Up volume button presses will get back the sound to high.

Quick Fix – There is no fixed solution for this issue that means the users will have to keep patience with their devices until the official patch or release is available via OTA. The best thing to do is to create the Bug Report Shortcut from the Developer Tools to report such instances that help the developers to provide patches to deal with such issues.

These were the top 10 Moto X4 Oreo Common Problems and Solutions.