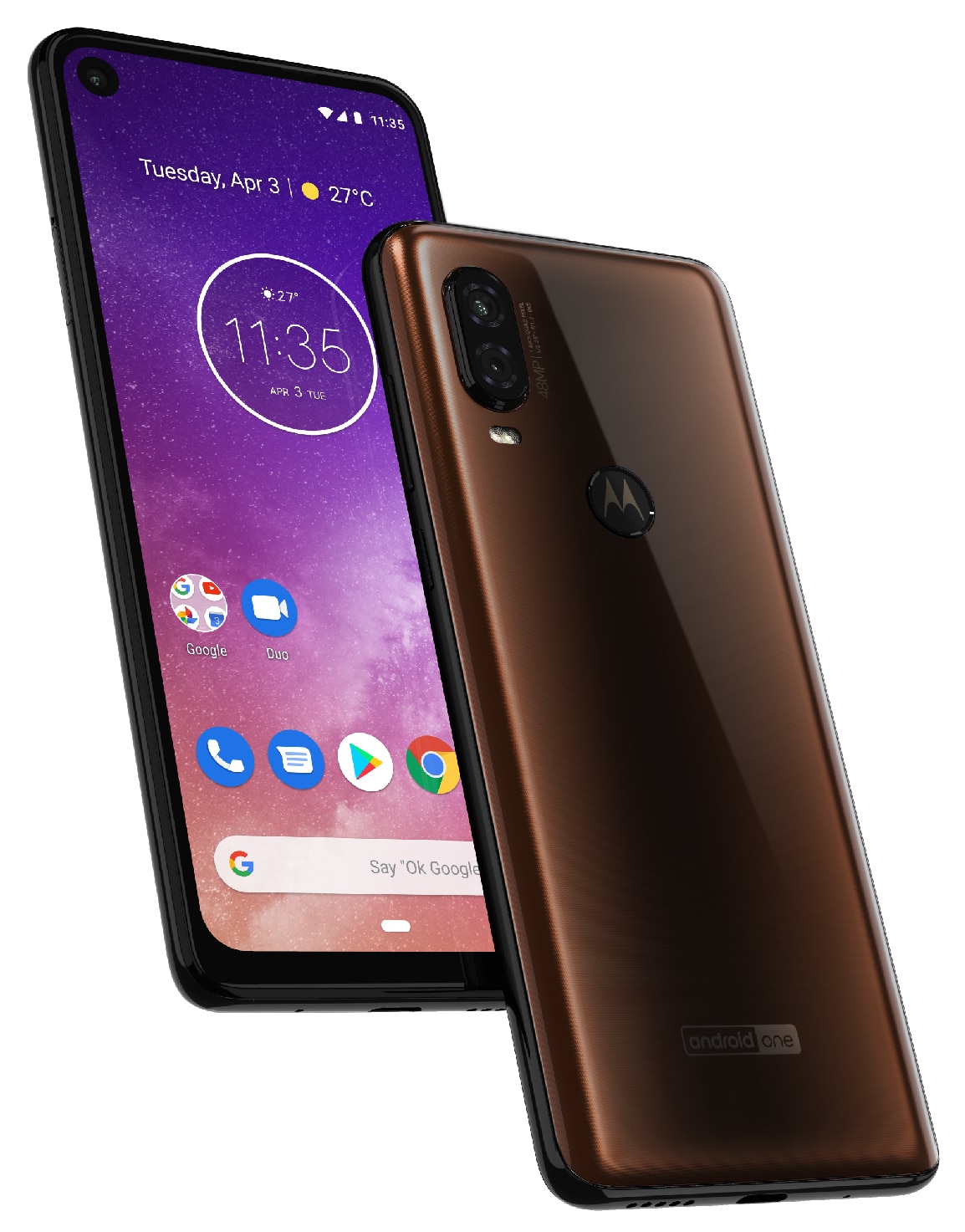 According to the appeared renders, the Motorola One Vision will come with the punch-hole camera setup on the screen at the top-left corner. The phone will also support tall aspect ratio. On the back side, the One Vision will be featured with vertically placed dual camera sensors along with LED flash. The phone render appeared in brown color. At the center of the rear panel, there is a company logo embedded with a fingerprint reader. The Android One also placed at the bottom of the back panel. On the bottom edge, there is a speaker and USB-C port available.

According to the previously leaked information, the One Vision smartphone will have a 21:9 tall aspect ratio including 174 x 167 pixels selfie camera cutout on the screen. The phone expected to have 1080 x 2560 pixels (Full DH+) of resolutions.

The Motorola One Vision expected to go official in the second quarter of the year.