HMD Global Smartphone maker Nokia has already updated their flagship device Nokia 6 to Android 7.1.1 a few days back. Today, the Chief Product manager has made an announcement about the upcoming Android 7.1.1 Nougat update release for Nokia 3. Nokia 3 is a low-end budget smartphone which was released this year by HMD Global.

Nokia 3 is a low-end budget smartphone which was released this year by HMD Global. The smartphone came out of the box with Android 7.0 Nougat at the time of release. Now the company has promised the update of Android 7.1.1 Nougat by the end of August. The announcement was made by Chief Product Officer at HMD Global Juho Sarvikas‏ on his twitter channel. In his tweet, he confirmed the release of Android 7.1.1 Nougat for Nokia 3 by the end of August. Hope we will soon see this budget smartphone hanging on with the latest update. 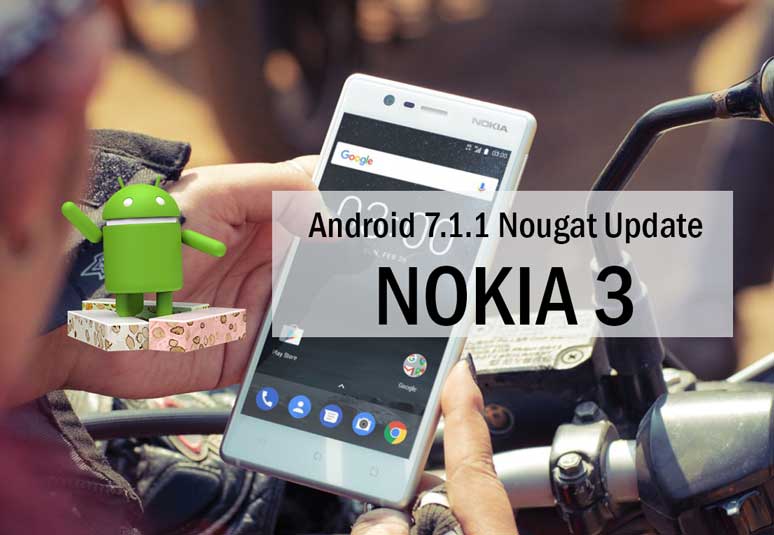 Got a few questions on this so wanted to confirm that #Nokia3 will receive 7.1.1 update by end of August. @nokiamobile

In the same tweet, Sarvikos also stated that the release will be sent globally (All Over the world) at the same time. There is no confirmation whether Nokia 3 will receive the upcoming Android 8.0 O update or not. Till then, you can enjoy the real sweetness of Android 7.1.1 Nougat on Nokia 3. Here is the upcoming unofficial Android O Supported device. Also, Check out What is in Android 8.0 O and its feature.