Finnish device maker HMD is officially providing the Nokia 5.1 Kernel Source Code for the public. Nokia 5.1 is the upcoming smartphone from the OEM. Though the kernel source is publicly available, it is more of an important tool for the developer folks. If someone is a simple user, then it may not be of much use to them. Developers require the kernel source code to develop any custom ROMs, mods, modifications for any device.

Earlier the company publicly made available the kernel source code of its other devices such as Nokia 3 and Nokia 8. 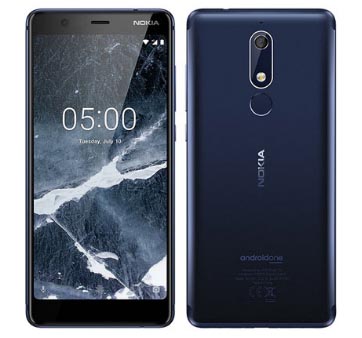 Today users want to try out various custom ROMs that available easily and freely. There are also a number of developers who bring out powerful ROMs and recoveries that work at par with the stock ROM that the device comes with. Here is where Kernel source code enters the scene. It is required for performing any kind of modifications on the device. However, there is one issue that still remains after the release of kernel source for so many Nokia smartphones. Yes, the unavailability of methods to unlock the bootloader of Nokia devices. The OEM is making the kernel source code following the General Public License.

Below you can find the link to the official Nokia servers from where you can grab the Nokia 5.1 Kernel Source Code.

Nokia 5.1 from HMD is a dual SIM smartphone that was announced in May 2018. This device will flaunt a 5.5-inch touchscreen display with a resolution of 1080 x 2160 pixels. It runs Android 8.0 Oreo out-of-the-box. This mid-range handset from Nokia will run on a 2 GHz octa-core MediaTek Helio P18 processor. A 3 GB of RAM accompanies the set-up. This phone packs 32 GB of expandable internal storage. In the camera section, the Nokia 5.1 will bring Dual 16 MP camera on the rear end. An 8-megapixel front face shooter follows it.

So, if you are a developer, then get the Nokia 5.1 kernel source code. We hope Nokia soon makes the bootloader unlocking of their devices possible.