An image of a smartphone is making rounds of the internet which we believe to be of Nokia 9. It looks like a prototype model. It has a model number as well which goes as TA-1094. Interestingly. this alleged Nokia 9 live image leaks to reveal five cameras on the rear panel. 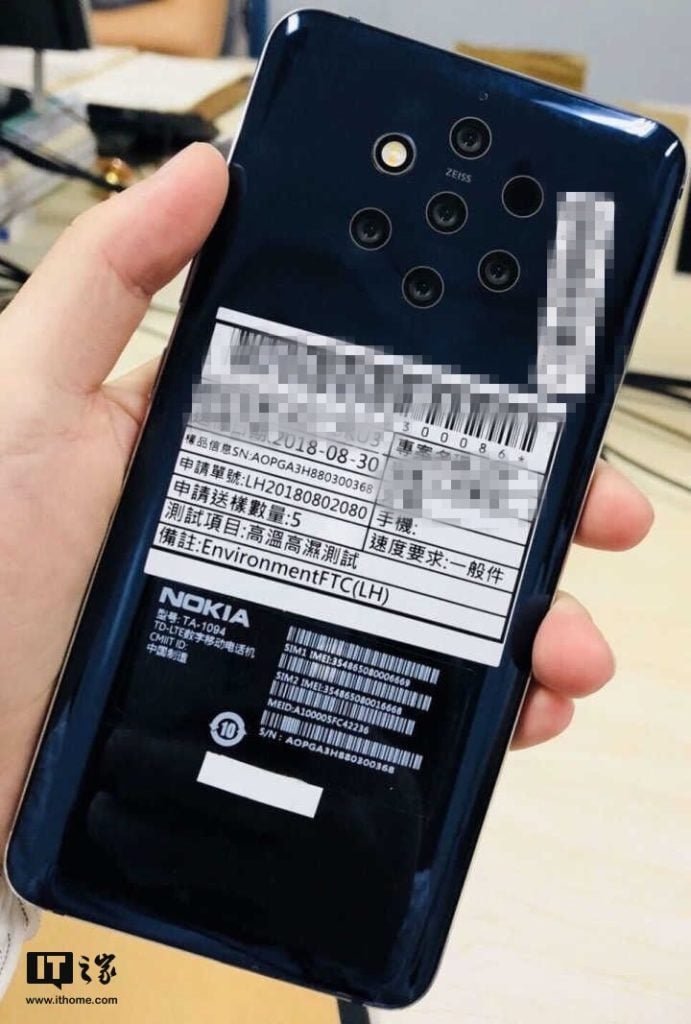 We think the multiple lenses are for a various separate dedicated lens for portrait, lens Blur etc. This is just a guess. The camera section has branding of Zeiss which is very popular for producing camera lenses. There is a single flash for all the five shooters from what the Nokia 9 live image indicates. As of now, we have only come across the Triple camera set-up on the rear of the Huawei P20 Pro. This upcoming Nokia device seems to be two steps ahead of that.

The apparent Nokia 9 live image indicates that the device is of flagship cadre. Looking at its dimension we can say it packs a display which is more than 6-inches. If it comes around 2018 end or early 2019, we can be sure it will run Android 9.0 Pie out-of-the-box. That’s something we can count upon as we know HMD Global with Nokia is highly efficient when it comes to software. Talking of flagship, we may get to see Snapdragon 845 chipset on-board as well.

Though the camera set-up looks strange, we think that this is indeed a sign of technological development in the smartphone domain that we have achieved over the years. Do you think a smartphone actually requires five cameras..?! Share your views on the Nokia 9 live image and its Penta-camera set-up with us in the comments.