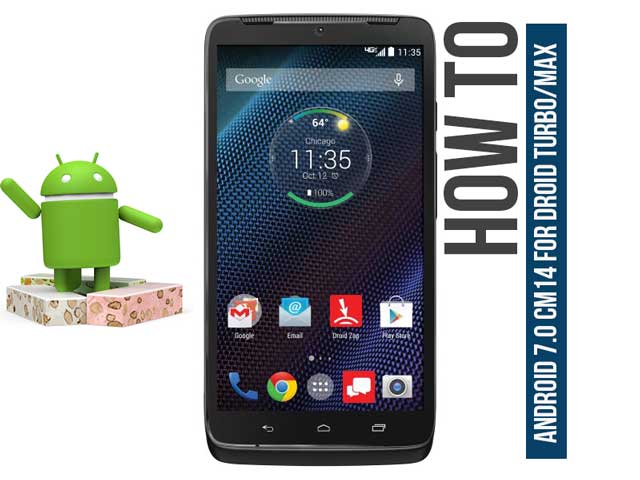 This is an beta build of CyanogenMod 14 Android 7.0 Nougat built from the newly released Google Android Source Code by XDA Senior Member bhb27. This is stable enough to use it has a daily driver. If you want to try this ROM, then please download and follow the guide on How To Install Android 7.0 Nougat CM14 For Motorola Moto MAXX/Droid Turbo. By using TWRP Recovery, you can install the CM14 For Motorola Moto MAXX/Droid Turbo. The ROM is supported for All Quark (Moto MAXX/Turbo and Droid Turbo – XT1225, XT1250 and XT1254) Follow the steps below.

Steps for How to Install Android 7.0 Nougat CM14 For Motorola Moto MAXX/Droid Turbo