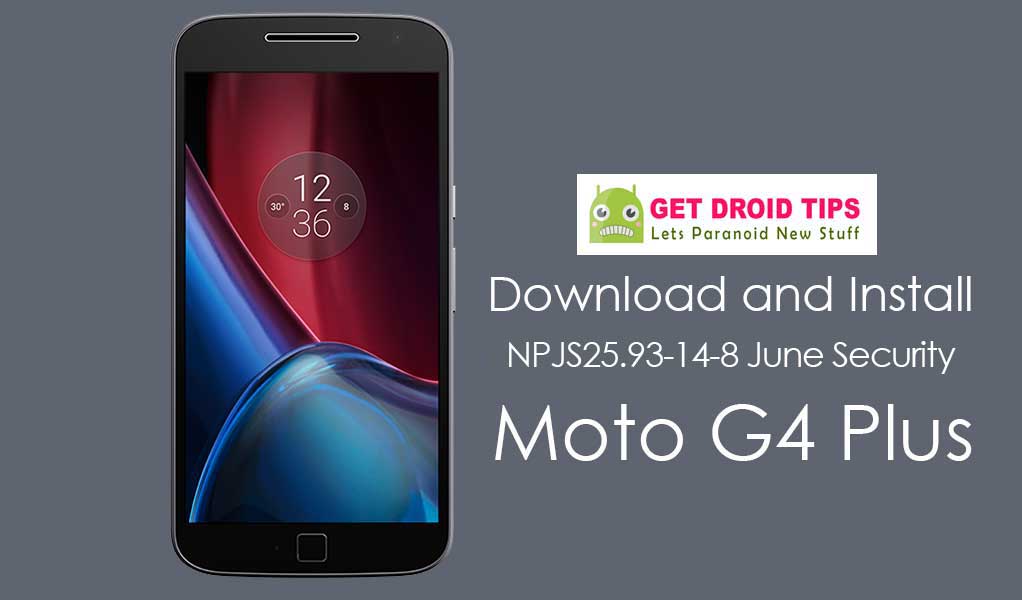 The new update of June Security via update NPJS25.93-14-8 for Moto G4 Plus comes with some improvements in the overall ROM and stability with June security update.

If you still waiting for this new June Security via update NPJS25.93-14-8 for Moto G4 Plus, Go to Settings –> About Phone–> System updates to see if you have Over-The-Air update. If your phone has received the latest OTA update, then tap YES, I’M IN and select Wi-Fi or Mobile network to download. Once the download is done, tap on INSTALL button to start updating your Moto G4 Plus with NPJS25.93-14-8. Before updating the June Security on Moto G4 Plus, first of all you need a WiFi connection to download and please make sure your battery have enough juice.

If you have not received any update, then you can download the OTA update from our below download link. The Update comes with 115MB size. You can manually update the OTA instead of waiting for OTA to hit your phone. To update manually with NPJS25.93-14-8 on Moto G4 Plus can take only 8-10 minutes approximately. Read the steps below on How to Update the latest OTA updates on Moto G4 Plus manually.

Guide to install OTA update on Moto G4 Plus Manually

I hope you have successfully flashed NPJS25.93-14-8 June Security On Moto G4 Plus.