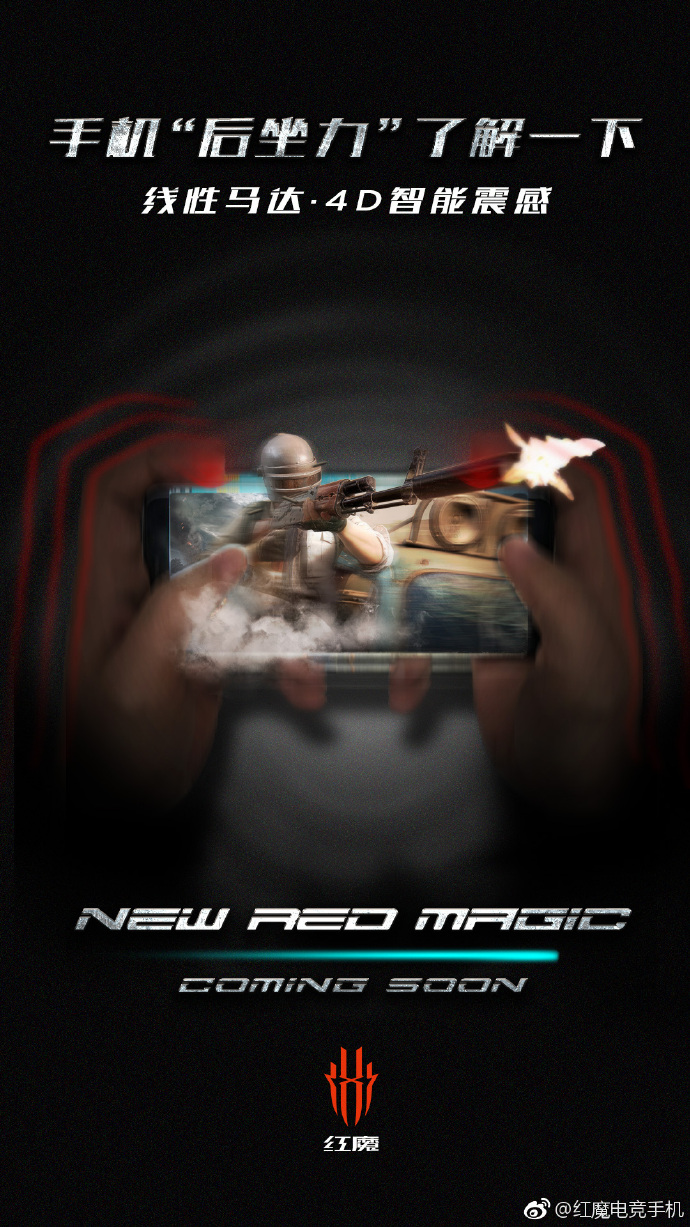 The company doing promotions of the phone as an all-around gaming phone. The Nubia Red Devil gaming smartphone will have physical gaming keys on the phone along with frame touch technology. It allows users for 4-finger operation. The phone featured with a 4D shock which enables by a linear motor. The released poster confirmed that the phone will have DTS 7.1 channel and 3D surround stereo bounce.

In terms of specs, the phone will have Qualcomm Snapdragon 845 processor under the hood. It will come with 10 GB of RAM on board. This is the world second gaming smartphone that featured with 10 Gb of RAM, after Shark Helo gaming smartphone. The phone will have 256 GB internal storage. According to the released promo poster, the Red Devil esport will have dual cooling systems,  air cooling and liquid cooling systems.

The company designed very smartly, when you holding the phone you will feel holding a gamepad, thanks to the dual sided gaming accessories on the frame. The phone will have pre-installed GameBox game space.